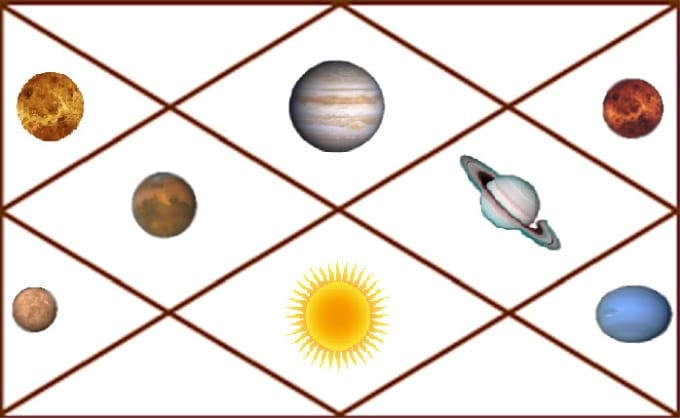 In the previous issue we looked at the history of the Lal Kitab and how it came into existence. Now moving on to the original subject we will move on to the basic information. Thus the zodiac and constellations do not have special significance in the red book but we will study them in detail for the sake of knowledge and understanding.

The 12 signs are Aries, Taurus, Gemini, Cancer, Leo, Virgo, Libra, Scorpio,  Sagittarius,  Capricorn, Aquarius and Pisces. Each zodiac sign has its own lord planet. If the body is considered to be the universe and is divided into 12 parts, each part of the body is affected by a zodiac sign up to 30 degrees. The zodiac sign that rises in the east at the time of child birth is called marriage zodiac sign and the zodiac sign in which the moon is located is called lunar zodiac sign. According to astrology, a child is named after the lunar sign. Every two hours a new zodiac sign rises in the east direction and accordingly 12 zodiac signs complete one day zodiac in twenty four hours. See horoscope below to understand marriage sign and moon sign. At the time of birth of this person, Aries was rising in the east direction, so the number one was placed in the first place of the horoscope. Now the moon is placed in the seventh place in the horoscope of the native.

So friends, this was today’s talk. In the next issue, we will discuss the zodiac high and low positions of the planets, high and low positions according to the degree, planetary friendliness and the time of their influence and the age of influence. From now on, the information in each issue will be according to Lal Kitab Jyotish. Vedic astrology and Lal Kitab astrology will be compared for reference where necessary.

The search for truth