Home > Lifestyle > The more developed the state of life, greater the feeling of pain 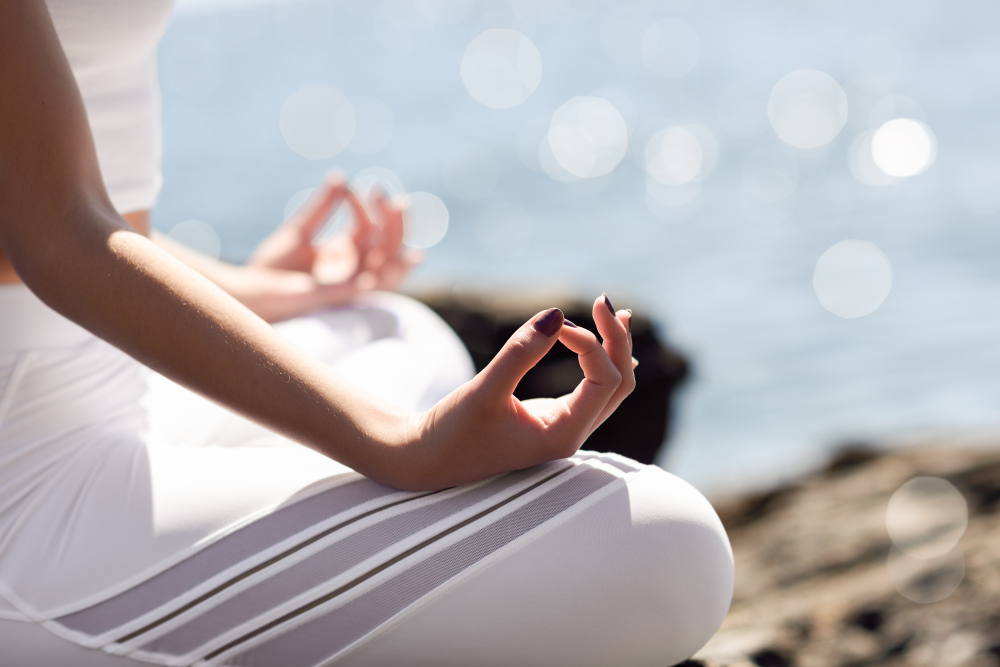 According to the scriptures, there are four types of vaginas in which a living being rotates 84 lakh times according to its karma. These four vaginas mainly consist of 1) DEVYONI 2) MANUSHYYONI 3) TIRYANCHYONI 4) NARAKIYONI. DEVYONI is a system of enjoying all the pleasures, where the happiness of heaven is found and endless bliss is felt. MANUSHYYONI is that where the realization of both happiness and sorrow goes on continuously, the cycle of happiness and sorrow continues for life, happiness comes after sorrow and sorrow comes after happiness. Of the four main types of vaginas, the first two are known as developed vaginas, while the third and fourth vaginas are considered as underdeveloped or undeveloped vaginas, in which the amount of pain is more than the first two. TIRYANCHYONI means animal-bird etc. and NARAKIYONI in which the pain of hell has to be endured. Trees or plants are identified in the scriptures as NARAKIYONI.

In the sense of development god vagina (DEVYONI) is excellent but in DEVYONI there is no pain so in sense of grief or pain if we compare three remaining vaginas than excessive pain and soreness is in the NARAKIYONI but there is very little feeling of pain in it as the state of mind is not developed in that vagina. It is as if the tree has to be beaten every season. Heat, cold, rain-storm, tree cannot make any arrangement like animal-bird or human for his protection or it cannot escape from troubles, it cannot change its place. Humans can use AC to protect themselves from the heat, warm clothing to protect them from the cold, and provide a strong and safe home to protect them from the rain. In the same way, an animal or a bird can go down a shed in a corner to escape the heat, cold and rain, which is something that plants or trees cannot do. Thus the most underdeveloped vagina is NARAKIYONI than TIRYANCHYONI and MANUSHYYONI.

The factors that determine the developed state are the senses and the mind. If all the living beings are divided or separated according to the senses, then there are five types of living beings. 1) One sense organism (AEKENDRIYA) means anatomical living things such as plants or trees which has only body no other senses. 2) Organism with two senses (DVIINDRIY) which includes vermin, caterpillar which has two senses body and tongue. 3) Organism with three senses (TRIINDRIYA) that has body, tongue and nose which includes lice, bug, flea 4) The four sense organ which has body, tongue, nose and eye which includes flies, mosquitoes, beetles, butterflies. 5) The five senses organ that is animals, birds, humans who has five senses. Naturally it is said to be the most developed and even those who have the mind are said to be at the peak of development or they are said to be at the very highest stage of the development. TIRYANCHYONI means animal-bird who also has five senses but his mind is not as developed as human’s but human beings have highly developed mind with five senses due to which human beings are considered to be very developed and excellent. With proper and good use of this developed and excellent mind human-being can become an incarnation or a great human being as well as reach the DEVYONI.
Due to the absence of pain or suffering in the vagina of god that is DEVYONI, the remaining three vaginas human beings become more important in terms of enduring or experiencing pain in life. Although most of the suffering is there in NARAKIYONI but their perception of pain is much less than that of human beings because their minds are not so developed. If a tree is cut down with an ax and a paddle or sword is struck on a human being, there will be a sky-ground difference between the two in terms of feeling pain.

The feeling of happiness or sorrow is most effective and intense in human beings. In that sense the most painful vagina is said to be human. This vagina is the most developed but the most painful in terms of mind development. Every organism except human beings has to suffer only physical pain while human beings have to suffer physical, mental and spiritual pain. Problems, difficulties or pains caused by lust, anger, greed, infatuation, love, ego, jealousy etc. do not have to be suffered by any other being. Thus the most unique, developed, different and strange vagina is of human beings. There are two dimensions of consciousness, a) self-consciousness and b) self-unconsciousness. Man becomes man when he comes to consciousness. Man’s concern is that one part of him has become conscious but the rest has become unconscious. So that he is miserable and restless. The animal is not restless, it does not commit suicide because it has nothing conscious. When a part of man has become conscious which is causing pain. If a human being becomes fully conscious, the mind is fully awakened, then the sorrow is disappeared because with full consciousness he attains the state of supreme knowledge which is call salvation or Moksha as per scriptures.

With true understanding, it is possible for human beings to attain a higher position like DEVYONI, which is known as divine state as per Dharma, and in the absence of proper understanding, knowledge and virtues, even human may have to suffer intense pains more than NARAKIYONI. It is up to us which path we choose. This is because the greater the realization of pain, the greater the pain, and the human mind being in the most developed state of all living beings, as well as being in a state of a little ignorance, the feeling of pain remains special. In addition, the level of pain in human beings is determined according to personal awareness and understanding. You may have read in the newspaper that even today in some backward tribal areas where women earn money by making wine from palms, there are male wine buyers and drinkers. Rapes a woman and women endure it silently. In an interview conducted by a journalist, he told backward and unaware women that why you tolerate this and they replied that people don’t realize what they are doing after drinking alcohol and we have this business so what else can we do. Thus, in their opinion, all this is very natural and instinctive and no awareness has been developed in them that this is called exploitation or improper behavior. But for those who have an understanding, this pain can be unbearable. Thus the pain is the same but the realization of it makes the problem more or less painful. In that sense, human beings have a special awareness, a developed state of mind, which makes them feel sad, which makes human life miserable, restless and stressful.

Domestic violence was instinctively accepted years ago. Women would easily tolerate physical or mental abuse because of poor condition, poor level of education, financial dependence, etc. Also, it does not considered inappropriate or improper. She believed that he is my husband, so he has the right to be angry and to hit me. In the same way, she would accept problems of in-laws naturally. Lack of awareness does not make her grief unbearable but in today’s educated society where female empowerment is seen as special, women sue in court even for a small matter as she cannot tolerate such a small injustice. It is in such a developed state that it seems unacceptable or inappropriate for a minor or major problem or misbehavior of family members. The standards of equality of modern women today have evolved so much that their questions and grievances are at an all-time high. The most important reason behind it is their developed condition. There is a direct relationship between the developed state of mind and grief. The more the condition develops the more the feeling of grief. That is why only in the human vagina there is a great need for religion, spirituality, SATSUNG, understanding, knowledge, virtue, good deeds etc. No other vagina needs all this because in a highly developed human state and in a state of complete awareness, if the speech, behavior and thoughts of every person in the society are not excellent, selfless and benevolent, the amount of pain is greatly increased due to the height of consciousness and life becomes almost impossible. Which is found at every home in human society today. The reason is simply that awareness, education, understanding and development have greatly improved.

The development of the mind has reached its climax but due to its lack of moral and benevolent use, every human being is becoming a hindrance and painful for other human beings. There are only two ways to escape from the realm of sorrows 1) Development or awareness has to be stopped so that the feeling of sorrow ends even though there is pain. But it is a negative step that is not advisable. Because development is the right of every organism. And now stopping growth is like taking reverse gear in life. 2) everyone has to start good welfare practices. If true understanding and moral values are produced in life along with development, the amount of suffering along with enjoying the developed condition can be almost negligible. There seems to be no other way to get rid of the pain except for the excellent, selfless welfare use of the mind and the senses, because after the hard work of the ages, when the culmination of development has been achieved and human beings have found it, one should seek true understanding and righteousness. Otherwise, there is a real possibility that the cycles of NARAKI or TIRYANCH will have to go back again.

In short, the more developed the condition of life, the greater the feeling of pain. Development and misery are like two sides of the same coin. With the attainment of one, the attainment of the other is done automatically. That is why human beings have special expectations such as enlightenment, good deeds, virtuous conduct and moral life. Because without it, his personal happiness is at stake. So with such a special understanding let us enjoy a developed state like human beings without feeling pain and become a great human being through moral efforts.

Want To Get Rid Of Tanning With Fair Skin, So Use Tomatoes Like This