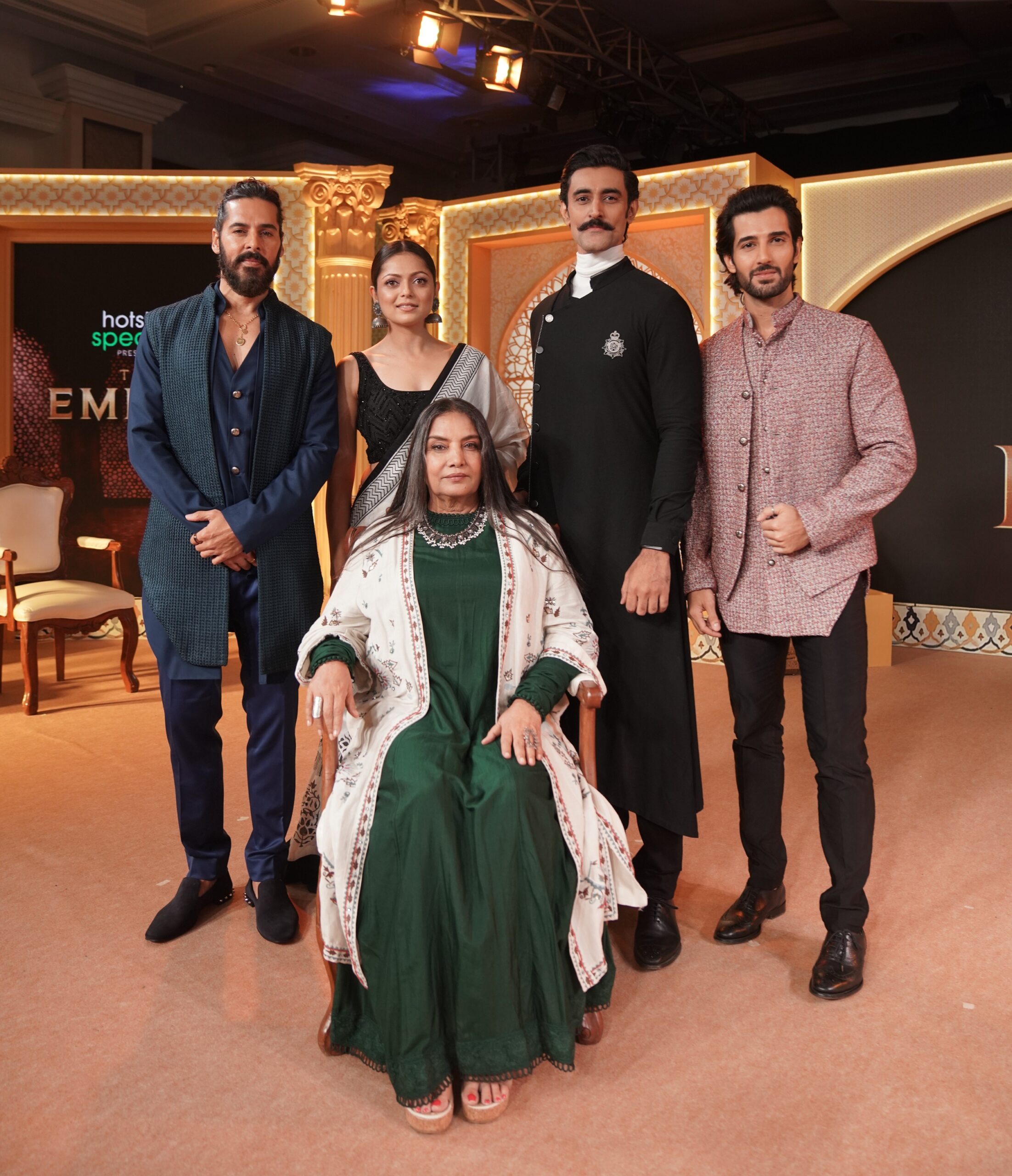 ~ Directed by Mitakshara Kumar with story adaptation by BhavaniIyer, The Empire releases on 27th August 2021 for all new and existing subscribers of Disney+ Hotstar ~

From the pages of Empire of the Moghul: Raiders from the North by Alex Rutherford comes the story of a young king who is faced with a seemingly impossible challenge as rampaging armies and brutal enemies threaten his destiny, throne and even survival. One of India’s biggest video-streaming platforms Disney+ Hotstar joins hands with prolific filmmaker NikkhilAdvani of Emmay Entertainment to present the biggest show ever created in India, The Empire – a fiction saga of a warrior-turned-king. Mounted on an unrivalled scale that brings together India’s finest talent, spectacular visuals and a gripping narrative, Hotstar Specials presents The Empire is set to release for all subscribers of Disney+ Hotstar on 27th August 2021.

Directed by Mitakshara Kumar and adapted from Alex Rutherford’s book, The Empire explores the coming of age story of a young king and his fight to save the honour of his family and kingdom. The gripping story traverses across characters that play an integral part in making him the emperor and continue to have his back as he begins to doubt his capabilities as the head of the state.

The Empire on Disney+ Hotstar brings together powerhouse talent from the Indian entertainment industry. Actor Kunal Kapoor plays Babur who will be seen battling actor Dino Morea whodons the ferocious look of the antagonist Shaibani Khan in the series. The queen of television actor DrashtiDhami makes her digital debut with The Empire as Khanzada. Joining them is the evergreen and supremely talented Shabana Azmi playing Begum AisanDaulat.

Massive production on an unprecedented scale

Shot across multiple locations in India and Uzbekistan, The Empire brings alive a spectacular and imposing experience studded with epic scenes of battlegrounds, stupendous forts, and vast landscapes.

Promises to be a visual spectacle

The eight-episode series, The Empire, has brought together immensely talented costume designers, VFX professionals, production and sound designers, action choreographers all part of a mammoth crew who breathed life into this ambitious vision. Told on a magnanimous scale, Indian entertainment history has thus far not witnessed a show like The Empire.

The Empiremarks the first show to bring the spotlight on women who make and support the king. This is the first series where the audiences will witness a woman as the kingmaker who holds years of wisdom and guides the king on how to kill and conquer. The story progresses to show how the king’s sister faces grave challenges in order to save her brother’s throne.

~ Watch the first of its kind, visual spectacle The Empire from 27th August 2021; exclusively for all subscribers of Disney+ Hotstar ~