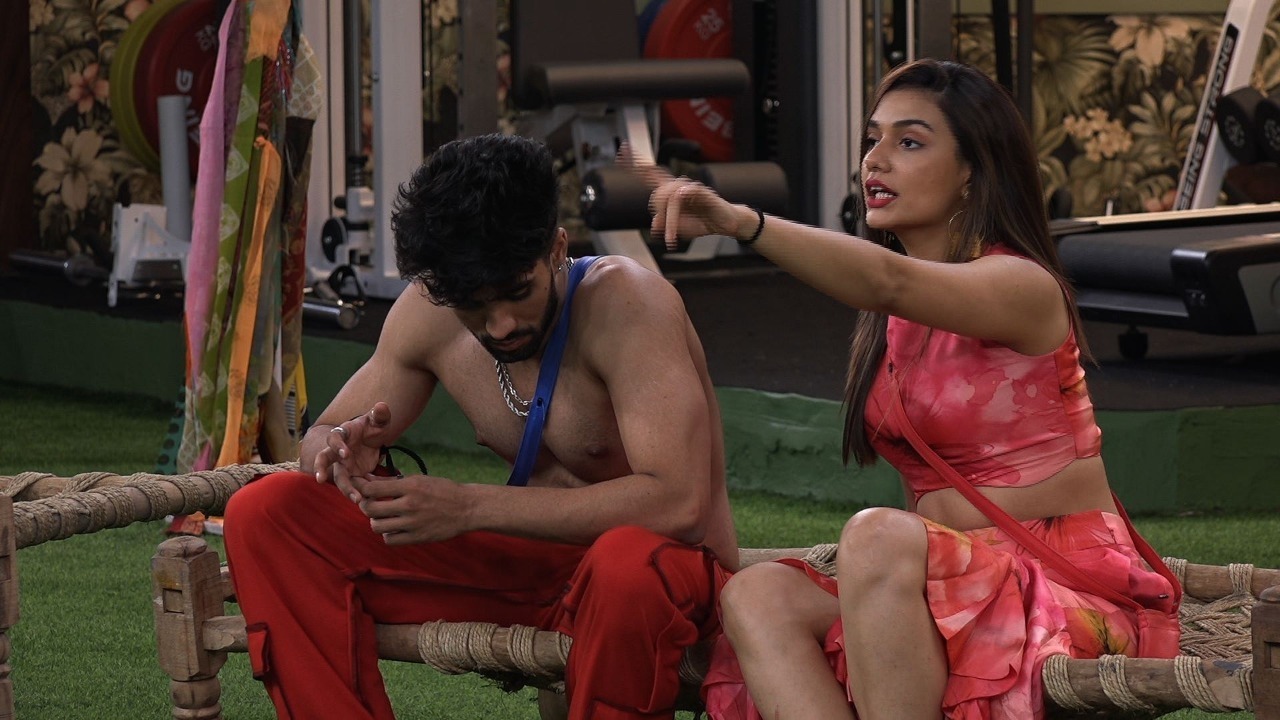 ~Shamita Shetty loses her cool on Akshara Singh for tiniest household matter to the whole house getting nominated. Read to find out what happened in the house today~

Possible for contestants to go a day without fights in the Bigg Boss OTT house? Naaah! That can’t happen. Well, on the 8th day of their journey, contestants couldn’t control their anger and were seen fighting about basic hygiene and groupism during tasks.

Day 2 of the nomination task [Bigg Boss Panchayat] was just about to begin and Pratik Sahejpal started arguing with the boss man and boss lady Shamita and Raqesh on basic hygiene as the former co-incidentally left a mug of water. Later, the two got into a fight because Shamita was angry at the fact that Pratik and Nishant gave them the ‘Tata and Bata’ tags. Hilarious! Isn’t it?

Another incident which caught our attention was that Neha was upset with Pratik due to their tiff during the task and decided to put an end to this friendship. We hope this friendship gets back to normal soon! Wondering if that’s all? No! Ridhima and Karan indulged in a heated argument with Pratik as he was calling their best-friend Raqesh – Spineless. OMG… These fights are never ending!

Coming back to the nomination task, in the round 3 of the Bigg Boss Panchayat task, Shamita, Raqesh, Moose and Nishant couldn’t reach to any conclusion to choose the weakest connection in the house between Neha – Milind and Akshara – Pratik resulting in the whole house getting nominated as a punishment by Bigg Boss. What’s happening?? We can only hope that Bigg Boss gives the housemates a chance to redeem themselves!