Home > Lifestyle > Travel > The number of visitors to the Statue of Unity reached 48 lakh ! 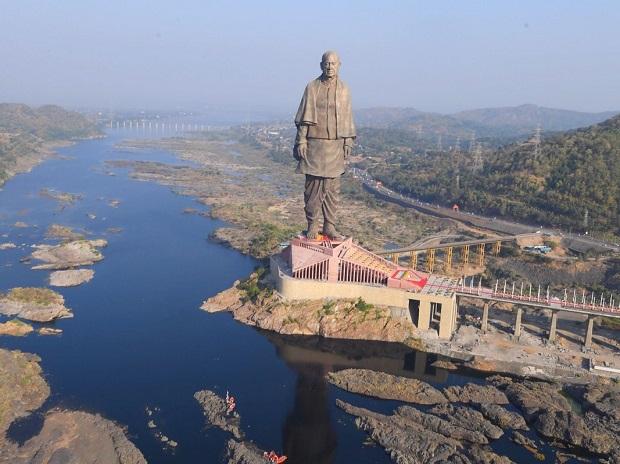 The Government of India said in a press release that the site, which is ranked among the eight wonders of the world by SCO and one of the 100 most favorite destinations in the world by Time, has seen a significant increase in the number of visitors and a total number of tourists. 48 lakh has been reached. Prior to the implementation of the lockdown due to Kovid, the average number of visitors was around 15,000 on a daily basis, reaching 35,000 daily during the festive season. Following the lockdown, the Statue of Unity reopened to the public on October 17, 2020. The number of tourists has more than doubled every month since the Prime Minister inaugurated various themed tourist attractions at Kevadia on October 30, 2020. At present, an average of 8 to 10 thousand tourists visit here on a daily basis and this number increases to 14 to 16 thousand on weekends. On normal days of the week, the total number of tourists on a daily basis is over 12,000 at all touch points while on weekends it reaches an estimated 20,000.

The Prime Minister’s vision of iconic regional development is coming true. About 3,000 people are getting direct employment benefits for the operation and maintenance of the Statue of Unity and approximately 35 themed tourist attractions which will be increased to 5,000 in the near future. This has had a positive impact on the socio-economic status of the local tribal people. In addition to livelihood creation, the integrated development of Kavidya also provides an excellent example of the empowerment of local tribal youth. Women’s self help groups are running a number of activities in Ekta Nursery, Health One, Valley of Flowers, Khalwani Eco-Tourism etc. Specially designed projects like Home Stay, Raising of Dragon Fruit named Kamalam etc. are benefiting the locals more.

An estimated 10 people are benefiting from each tourist in the region and this is having a very fruitful effect on the regional economy. With the help of Sea Plane and broad gauge railway connectivity with different parts of the country, the Prime Minister’s vision for developmental transformation in this predominantly tribal area is actually coming true and an average of 1 lakh tourists are expected to visit here daily in the future.

Meet Kusum Tai, Who Has A Glimpse Of Gandhiji