Home > Lifestyle > The Importance of Seriousness 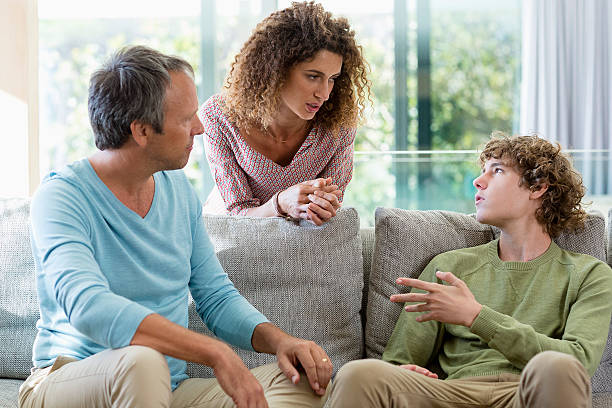 The Importance of Seriousness

The Importance of Seriousness

“I fail to understand why your grandmother thought of naming you Laksh. Neither do you possess any such qualities, nor do I see your mannerisms moving in that direction.”

Raising her head from the report card, Leela scolded her fourteen-year-old son. Laksh was in ninth grade and these were the embarrassing marks of his second semester. But not an inch of remorse appeared on his face. On the contrary, he was behaving quite carelessly about his low grades, as if it was not a big deal at all.

“Relax mom. The final exams are still pending, I’ll cover up everything in that.”

Leela scrutinized her son top to bottom and got irritated. His t-shirt was the same from the previous day, and he was wearing shorts. His hair was neither washed nor combed, and yet he was ready to go out of the house with a cricket bat in his hand.

“Laksh, don’t you have a mirror in your room? Just take a glance at yourself! Are you planning to leave the house looking like a dishevelled punk? You haven’t bathed, and clothes are also yesterday’s.”

Leela’s voice shot up mid sentence, “Why aren’t you serious about anything? When will you understand the importance of everything, son?”

Patiently, Laksh smiled, put his hand on Leela’s shoulder and said, “Take a chill pill mom! This is just fine.”

Seated on the couch and working on the laptop, Lokendra Desai had been wordlessly listening to the conversation between his wife and son for quite some time now. But after a point he was infuriated, “It’s okay if you have a shower once you are back from the match, but you can’t go out without changing your clothes.”

Not left with any other option, Laksh obeyed his father’s orders and went out to his friends.

Leela came and sat next to her husband. “Lokendra, I’m fed up with this boy, and so worried about him. His footloose and fancy-free attitude is getting on my nerves. Have you seen his marks?”

Lokendra studied the report card quietly and became serious, “Don’t worry Leela, I will take the reins of this matter in my own hands.”

“But Lokendra, beating and berating will worsen the situation.”

Lokendra chuckled, “Leela, have I ever done anything like that before? My plan is something different. Quit taking tension, if we play our cards right, he’ll soon be back on track.”

Lokendra interlocked Leela’s hand with his and said softly, “I’ll keep an eagle’s eye on his academics and you take care of his mannerisms, behavior and conduct. We’ll have to be a little firm, but together we’ll pull his ears and Laksh will be as good as new.”

From her side, Leela left no stone unturned. She made sure that not only did Laksh dress up decently, but also understood the importance of speaking and behaving properly. Nevertheless, Lokendra was yet to fulfill his promise of looking into their son’s education.

A week later, the principal of Laksh’s school called them for a meeting. But they were not alone. Parents of eight other students were invited as well.

Everyone was requested to assemble in the conference room. When all were settled, the principal stood on a raised dais and began to speak, “I always like to call the guardians of my students to give them some good news, howbeit sadly today is not that occasion. As you are all aware, our school has completed twenty-five years, and I am proud to inform you that in this silver jubilee timeframe, our tenth standard has achieved 100% results every year. However, I am afraid that I’m not as confident about next year, nor can I give you any such guarantee.”

All the parents were looking at the principal in confusion. The head of the school sighed and affixed further, “Of course, it goes without saying, that I will not allow anything to hamper the reputation of my institution, and at the same time also wish to maintain the benchmark set by us, that is the record of our 100% results. But look at the report cards of your children. Currently, they barely drag it to the average, and if this scenario continues, I’m afraid, they are certain to fail in the board exam. For these very reasons, the school’s admin panel has taken a drastic decision.”

The few seconds in which the principal took a breather to pull in air, every ear in the hall went on high alert and each one was sitting on the edge with their spine locked in place. The gaffer continued, “Students who do not score 60% in their final exam, will not be promoted to tenth grade next year, and will have to repeat ninth standard.”

The effect of the principal’s announcement mushroomed throughout the conference room, spreading a sinister silence amongst those who were present. Both parents and their children sat dumbfounded. Before anyone could argue, the principal exploded another bomb, saying, “If anyone has an objection to our pronouncement, he or she is free to take a leaving certificate and go else where.”

The atmosphere became heavy with a pregnant pause. After a while the principal’s voice cut through everyone’s befuddled internal battle. “All students may now proceed to their respective classes, and parents please sign the register before leaving. Thank you for attending this important meeting.”

Discreetly, Lokendra squeezed Leela’s hand, motioning her to remain seated. The Principal was still rooted in his place. When people filed out and the conference room was empty,

Lokendra stood up and ambled to the principal. The two looked at each other, smiled meaningfully and shook hands,

“Principal Sir, I will never forget this favour of yours. Thank you so much for your cooperation. My plan wouldn’t have succeeded without your liaison.”

Leela was astonished to hear this, and saw that the principal was shaking his head.

“Oh no Mr. Desai, On the contrary I should be expressing my gratitude to you. We really liked your scheme very much. In fact the admin panel is quite impressed and has thought of annexing it in the school’s rules and regulations.”

He chuckled and added, “Now you will see, what a miracle this threat brings. I’m expecting a transformation in the kids’ attitude towards studying, and thereby in their report card as well.”

Relief washed over Leela and she smiled. She was literally floored by Lokendra’s prudent insight. Joining her hands, she turned to the head of the school and said gently, “Parents as well as the school are at the forefront of a child’s holistic development, and together we can teach them the importance of seriousness in their lives.”

Laksh and his naughty friends had no choice but to swallow the bitter pill. Kicking off their old habits, they all made a fresh start and were rewarded with fruitful results.

A rare power of mind is wisdom (discretion) - are we wise?