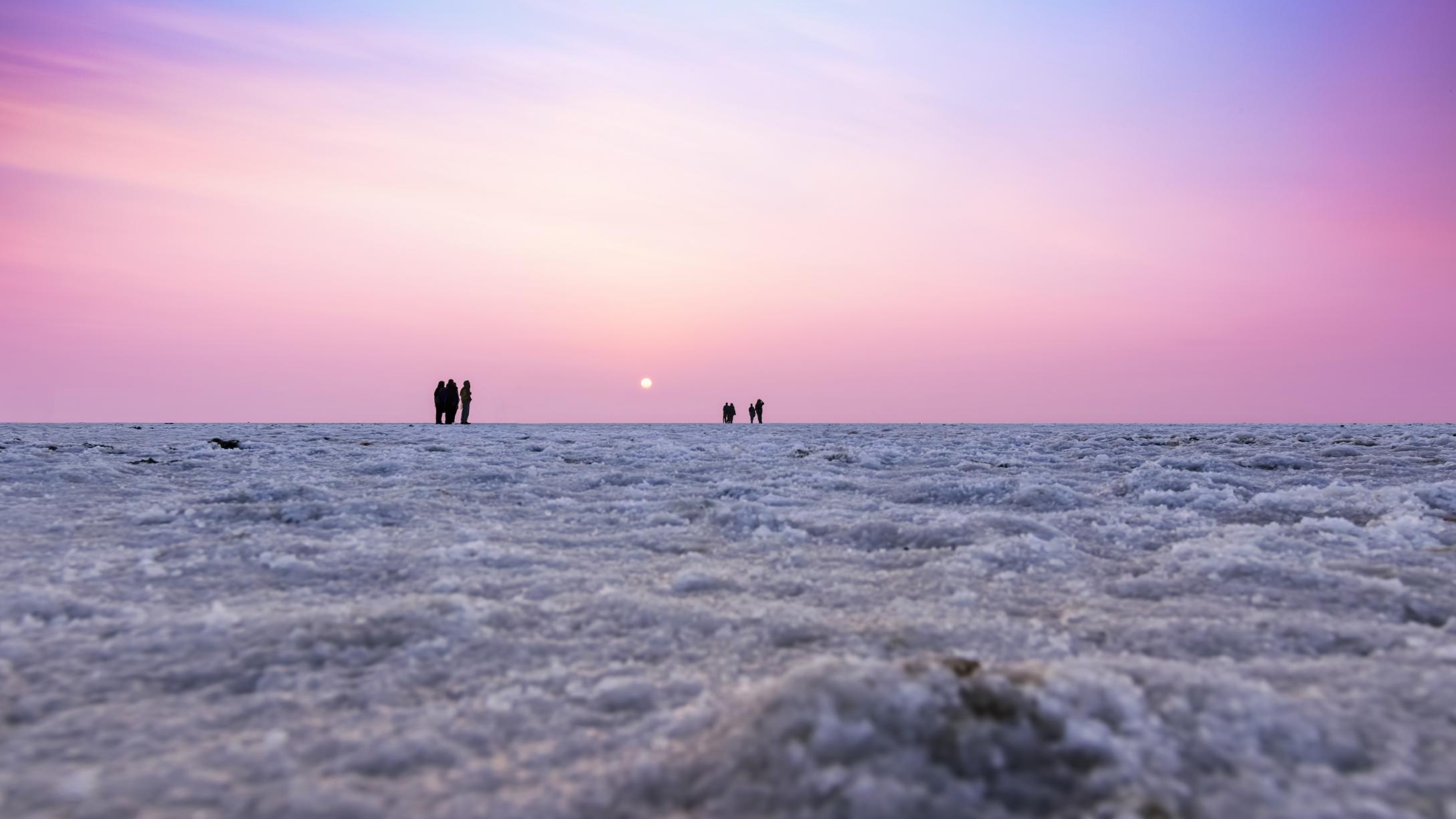 The great desert of Kutch

The great desert of Kutch or the great desert of Kutch or just the desert of Kutch, is a seasonal saline swamp located in the desert of Thar.  This part is located in Kutch district of Gujarat, and some part of it is located in Sindh Pakistan.  This swamp touches Kharaghoda village in Surendranagar district.
In the summer monsoons of India, the flat alkaline soils of the desert and the flat marshes at an altitude of 15 m above sea level are filled with stagnant water.  It has occasional thorny sand dunes.  This area is a breeding ground for large and small flamingos and has been declared a protected area.  In the most severe season, the Gulf of Khambhat in the east and the Gulf of Kutch in the west meet.

During high tide, animals like the Indian wild donkey take refuge on high ground known as bats.
The region was a shallow part of the Arabian Sea.  Due to the smooth upward geological movement, the area was separated from the Arabian Sea and a large lake was formed.  Until the time of Alexander the Great, the lake was still accessible.  The Ghaghar River, which now merges with the desert of northern Rajasthan, used to merge with the desert of Kutch.  Over time, the lower reaches of the river dried up, and thousands of years ago, their upper tributaries were covered by the Indus and the Ganges.  E.  Q.  In 2000, the Indian Geological Survey noted the existence of a triangular region and river mouths and streams in the Kutch desert.

This region is one of the hottest regions of India. In the dark nights, an incomprehensible dance or swaying light which is called Chir Batti (ghost light) in the local language is seen in the desert and the surrounding bunny areas on the seasonal algae land.  J.  P.  Dutta’s Bollywood film Refugee has been filmed in the greater desert of Kutch and other areas of Kutch.  The film is largely based on Keki Ann Daruwala’s novel “Love Across the Salt Dessert”.  There are many places worth seeing in Kutch. That is why it is said, “If you don’t see Kutch, you won’t see anything.”

Virakti Shah's talk was held by the city's Calorex School

Zoom Shirts Are Out. Zoom Fashion Is In....!

If you help nature, the need of helping humans will not arise

Want To Get Rid Of Tanning With Fair Skin, So Use Tomatoes Like This

Women’s Day 2022: Women Do Not Tolerate These Four Actions Of Men At All