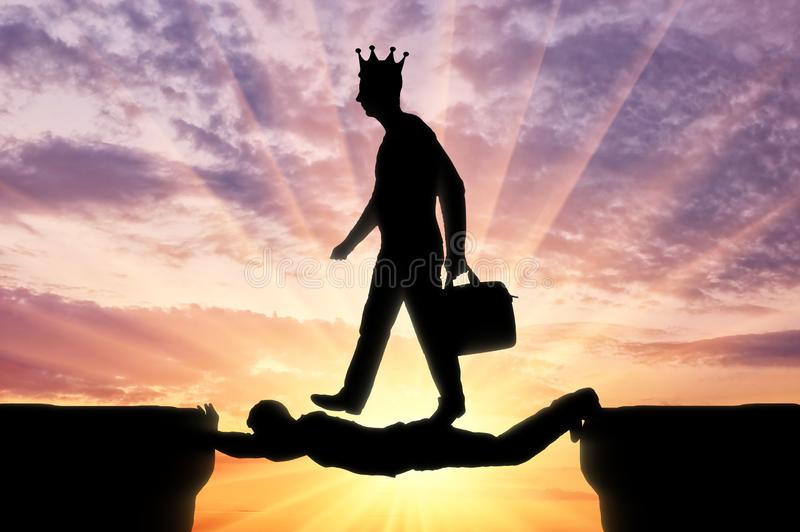 Who is really selfish; man or the society we live in? I think man. No. I think society is selfish. Scratch that. I think actually both; man and society!

These pessimistic thoughts have been creating a cyclone in my head and chewing my brains inside out. I’m outrightly consumed by them and now am finding it extremely difficult to liberate myself of this whirlpool of depression.

It astonishes me to see this drastic transformation in my personality, from a cheerful, optimistic disposition to becoming an all negative and a sulking person. How can a single bad experience change my attitude so much?!

I’m Malhar Kamat, a software engineer. I had applied for a loan to begin a new business. Currently, the bank’s reply, in a sealed envelope, is shaking in my shivering hands. Before I can open it, involuntarily, my mind drifts into the past, recollecting the devastating episode which changed everything, which I will never forget.

“Malhar I really envy you man! You’re damn good at your work.”

My overly rich friend, Vinod Soni couldn’t stop eulogizing my skills, when I created a Bhagwat Gita app in memory of his late grandmother.

After graduation, he didn’t pursue further studies and was more than happy spending his father’s money on vacations and basically enjoying a luxurious life.

I thanked him complacently as he questioned me, “How much do I have to pay you for this?”

I chuckled, “Just for the basic requirements. I’m not gonna charge you anything other than that.”

He began to protest, “Malhar…”

“Come on Vinod, what are friends for?”

He slapped my back and said, “Thanks. You’re a true buddy. By the way genius, what are you doing these days?”

I heaved a sigh before replying, “I’ve applied to a couple of companies, waiting for an interview call.”

Only a few silent seconds later he turned to face me, suddenly looking quite excited, as if an idea had flooded his head. Rambling away he said, “Hey, Let’s launch a start-up of our own! You and me together. We’ll develop apps and websites. My money and your brains, fifty fifty partnership, what say?”

I was stunned by his offer and it took me a few minutes to process what he had just laid on the table. “Vinod, are you sure? I mean, don’t you need to consult your dad about it?”

He shrugged carelessly and commented with confidence, “Dad is only going to be happy. He’s been pestering me to do something concrete. You know for us, money is not an issue at all. If you join hands with me, then I’ll be killing two birds with one stone.”

He clarified, “Firstly, our company will satisfy dad that I’ve invested his hard earned money smartly. Moreover, I trust you. I’ve seen how talented you are. 100% our venture will be a huge success very soon. So without much effort from my side, I’ll keep getting superb returns, understand?”

His last sentence didn’t sit well with me. It not only sounded selfish, but also meant that I would be doing most of the slogging. Nonetheless, it was too good an opportunity to pass. His offer would immediately lift me up from an employee zone, making me an entrepreneur.

I took a day’s time to ponder and discuss it with my parents.

“Malhar, think twice before you leap into this. I’m not getting very positive vibes from Vinod’s declaration ”

Dad was apprehensive too. His doubts further fanned my uncertainties. What I said next was more to convince myself.

“I can understand dad. But it’s a brilliant chance. And I’m willing to work hard, then what’s there to stop my progress?”

I partnered with Vinod. From the planning till the day of the opening of our company, everything was smooth.

But that was the end of my elation. Subsequently, reality was totally execrable, worse than my presumed fears.

Shockingly, Vinod turned out to be quite atrocious. He only showed up at the office to give orders. I was treated in the third degree, worse than an employee. He made me call him ‘Sir’ and didn’t appoint any other staff. I was not only doing my work, but also plenty of other menial jobs that are needed to run a small scale company. The partnership contract had vanished in thin air. I wasn’t given a share in the profit, but was actually kept on a salary basis. Which again, was sadly much less than the pay scale of a person with my kind of qualification.

In the wake of two years, I had given him a very good business and we had earned a favourable name for ourselves. But my frustration levels accelerated with each passing day. Nevertheless I suffered and tolerated everything quietly, because I had a significant reason behind it. The judiciary forum had announced awards in designing of apps, and our company was nominated for the same. I was confident of winning and that would be my breakthrough. Overnight my name would be among the elite in our field.

However, disappointedly that dream came crashing down. Our company bagged the award. But Vinod didn’t give me the credit for it. I was sitting in the audience and wasn’t allowed to go and receive it with him. Smugly, he climbed up the stage alone and in his acceptance speech my name wasn’t even mentioned. On the contrary, he said, “Alongside my father’s financial support, my hard work and talent has shown me this victorious day.”

Apparently, Vinod was inspired by selfish motives, and on this occasion he found an opportunity to glorify himself.

I’m a strong man, but that night, I cried like a baby. His words pierced a dagger in my heart.

Next morning, instead of going to the office, I went to his mansion. The winning trophy was standing proud in their showcase. Looking at it brought a sour taste in my mouth and flipped my heart in my chest. It was supposed to be mine. I felt like smashing it to the ground.

Father and son were having breakfast. Vinod was aghast to see me. “Malhar, what are you doing here? Why aren’t you at the office?”

I didn’t answer. Instead, taking out the company keys from my pocket, I dropped them on the table. He was completely baffled and burst out in anger. “What the hell Malhar?!”

He kept cursing, but I didn’t wait to listen. I walked out of his slavery and into my freedom. It felt as if I was breathing for the first time in years. 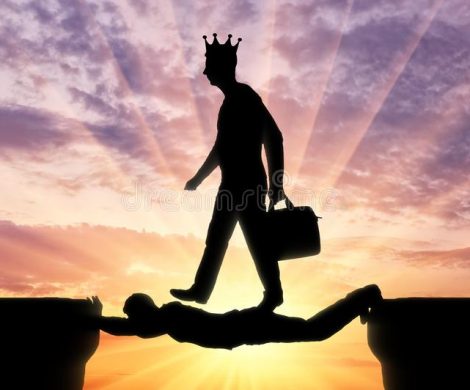 “Malhar, don’t you wish to open and see what the bank has responded to?”

Dad’s soft voice and hand on my shoulder, brings me out of my misery. I peer at him sadly and he gauges my mood. I am still fighting with the demons of my past. Dad embraces me in his arms and sits next to me. “Son, think of that phase as a bad dream. It’s over. After doing so many odd jobs, now you are going to start your own company, isn’t that something to celebrate about?”

My heart is filled with grief and I am finding it difficult to breathe. I swallow hard and say, “I’m just not able to forget it dad! How can a man be so self centred? Because of him, I lost such valuable years of my life. Now I feel this world is filled with people like Vinod. Our entire society is selfish!”

“Malhar! No son. That’s a very negative attitude my boy. Man can be self-absorbed, but a community is an amalgam of the good and the bad. You are also part of this same society, but you are not selfish, are you?”

Dad patted my back and poured out words of encouragement, “Nothing is lost son. Think of it as wise learning. That one bad phase has refined your expertise. Besides, now you have a more polished potential to recognise and judge people, don’t you?”

Dad takes the envelope from my hand and opens it. A wide grin spreads across his face as he shows me the good news. My loan has been sanctioned. A small smile creeps up on my lips and dad says something that makes me feel strong and enthusiastic all over again, “Malhar, son, people might be selfish and take away your fame and credit. But that will only be their temporary pleasure. Nobody can snatch your skills and your dexterity. These aspects will bring you long lasting peace, happiness and security.”

A very similar incident had occurred with me, putting me in self doubt. It took some time, talking with friends and family, and picking up pieces of myself, to get back on track. Do read. If you like, please leave a comment and share. Thank you so much.

If You Want To Travel By Flight, Then Know How Your Outfits And Footwear Should Be