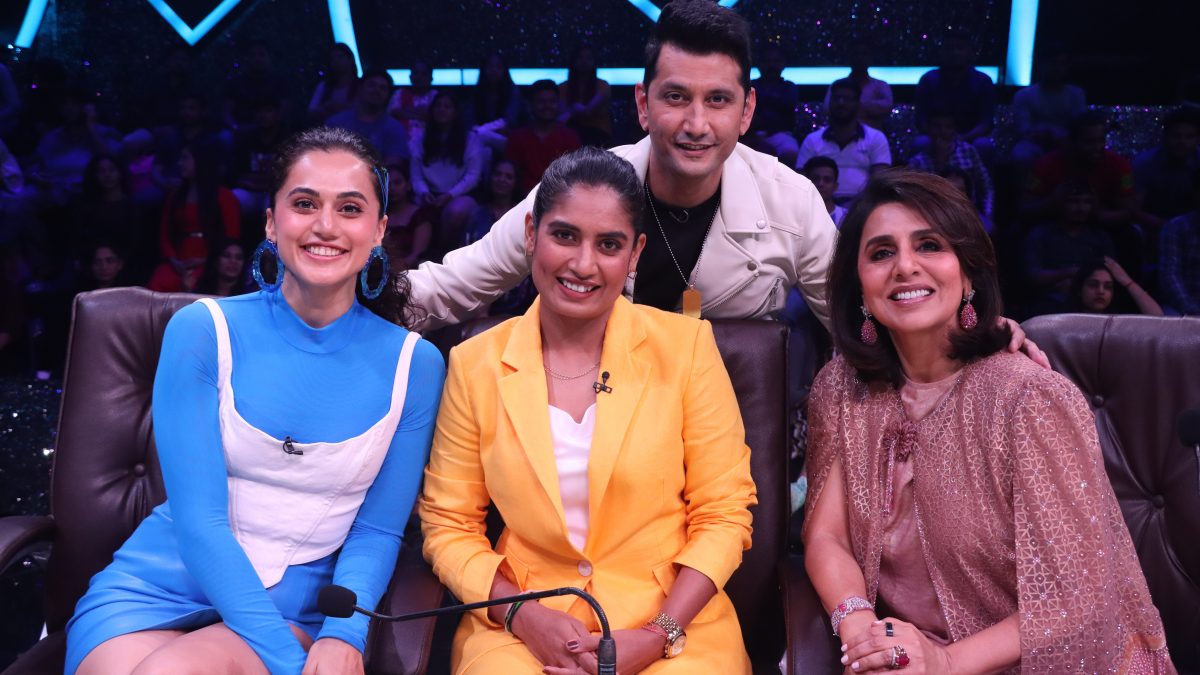 COLORS’ ‘Dance Deewane Juniors’grand finale is right around the corner, and we all can’t be more
excited! While all the contestants continue to raise the bar of entertainment this weekend with their
fiery performances, our esteemed judges Neetu Kapoor, Nora Fatehi and MarziPestonjiwill be seen
welcoming ShabaashMithu star TaapseePannu and former Indian women’s cricket team captain
Mithali Raj on the show to promote their upcoming movie. TaapseePannu, who is playing the
cricketer’s role inthis biopic, remembers her fond moments with Rishi Kapoor that melts everyone’s
hearts.

As the show gets in the middle of ‘Race To Finale’, Taapseeenjoys the mind-blowing performances of
the juniors and wishes them luck for the grand finale. Later, while talking about Rishi Kapoor,
Taapsee opens her treasure of memories and shares her experience of working with the legend
saying, “Rishi Kapoor ji was fun to be around during work. Initially when I met him the first thing he
said was “what kind of name is this,Taapsee?’in jest”. The beautiful actor further adds, “Rishi ji used
to call me a veteran actor after knowing that I have done 10 South Indian films. During the ‘Mulk’
shoot,we shared a great bondand had a good time working together.. I used to call him a bully bag. I
used to feel proud listening to the compliments from him. Working with him and getting compliments
will always be one of my greatest achievements. I will always flaunt the compliments that I got from
Rishi Ji and will remember them.”
This ‘Race to Finale’ week is filled with a series of dhamakedaarperformances, excitement,
andendless entertainment that you do not want to miss!

Why Do We Live For So Long?

Troubled By Blemishes On Your Face, Then Follow These 5 Home Remedies