Home > Art > Movie > Ranveer Singh admits that as a child he used to imitate his inspiration, Salman Khan 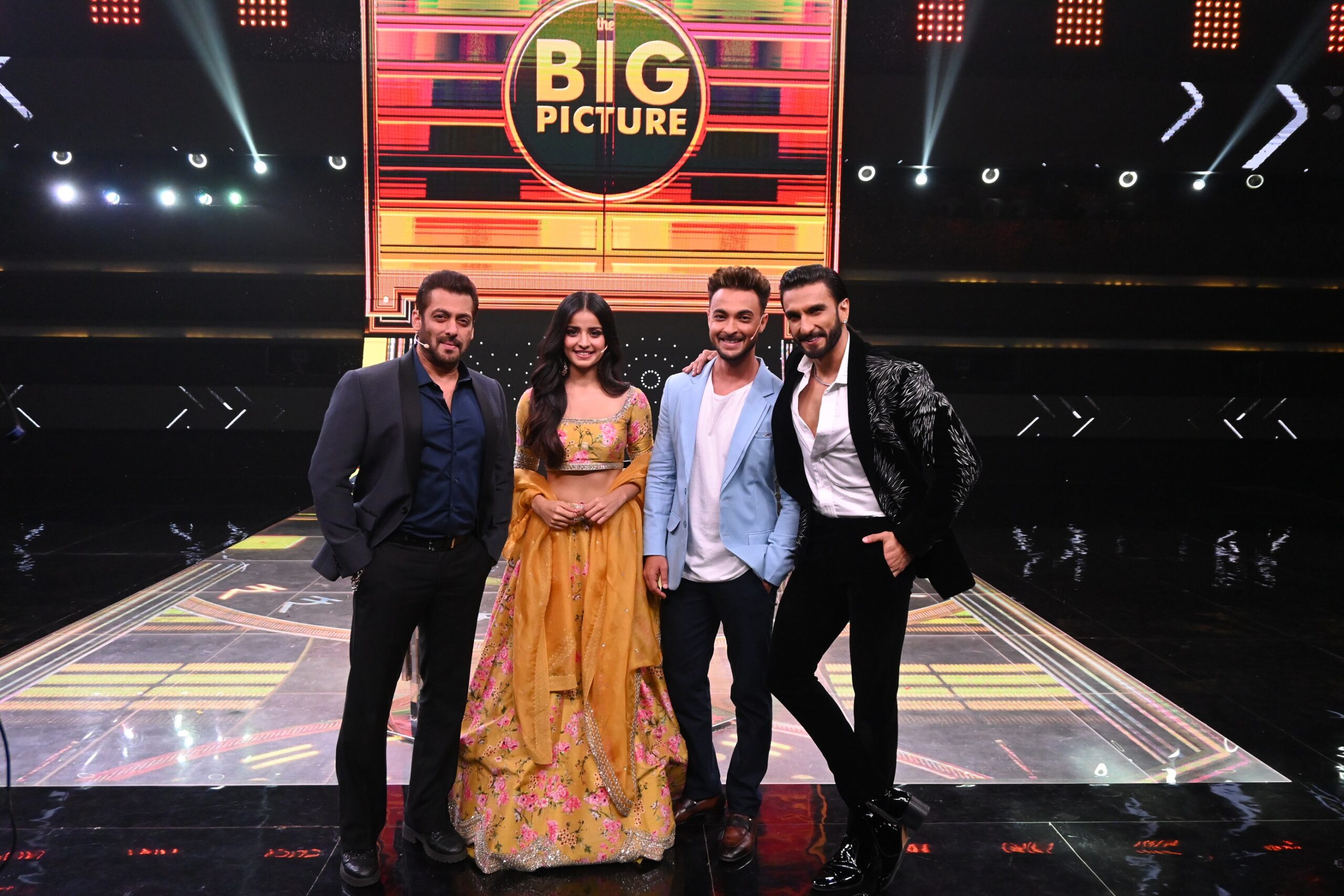 This weekend  episode of COLORS’ ‘The Big Picture’ is going to be a must watch, as Ranveer Singh is joined by Salman Khan! The energy levels are about to soar high as Ranveer welcomes Salman on this ‘anokha’ quiz show for the first time ever. Salman’s ‘Antim’ co-stars Aayush Sharma and Mahima Makwana will also accompany him for a splendid evening in Ranveer’s company.

While Ranveer has himself been an inspiration for millions out there, he divulges in this episode that he has always looked up to Salman. Ranveer confessed that he used to be inspired by him, so much that he bought the same cap that Salman had worn in ‘Maine Pyaar Kiya’ from Linking Road at INR 10; and that he used to sport Salman’s hairstyle from ‘Tere Naam’ and styled his jeans after watching ‘Oh oh Jaane jaana’! Ranveer then recalled a fond memory when Salman had watched him perform on his annual day at school. “Maine ek play kiya aur baad mein maine Arpita se pucha – kuch bola unhone?” Arpita told him how Salman had really liked his performance! “Main toh flat ho gaya yaar!”, Ranveer says after narrating this story.

Further, he shares how he still carries whistles along to the theatres while watching Salman Khan movies.

Brace yourselves for a spectacular weekend as Ranveer and Salman set the stage on fire with their wits and flamboyant personas!

Catch these splendid moments on COLORS’ ‘The Big Picture’ presented by BYJU’S & CoinSwitch, powered by Kotak Mahindra Bank & Cadbury Dairy Milk every Saturday and Sunday at 8 pm, only on COLORS and Voot!