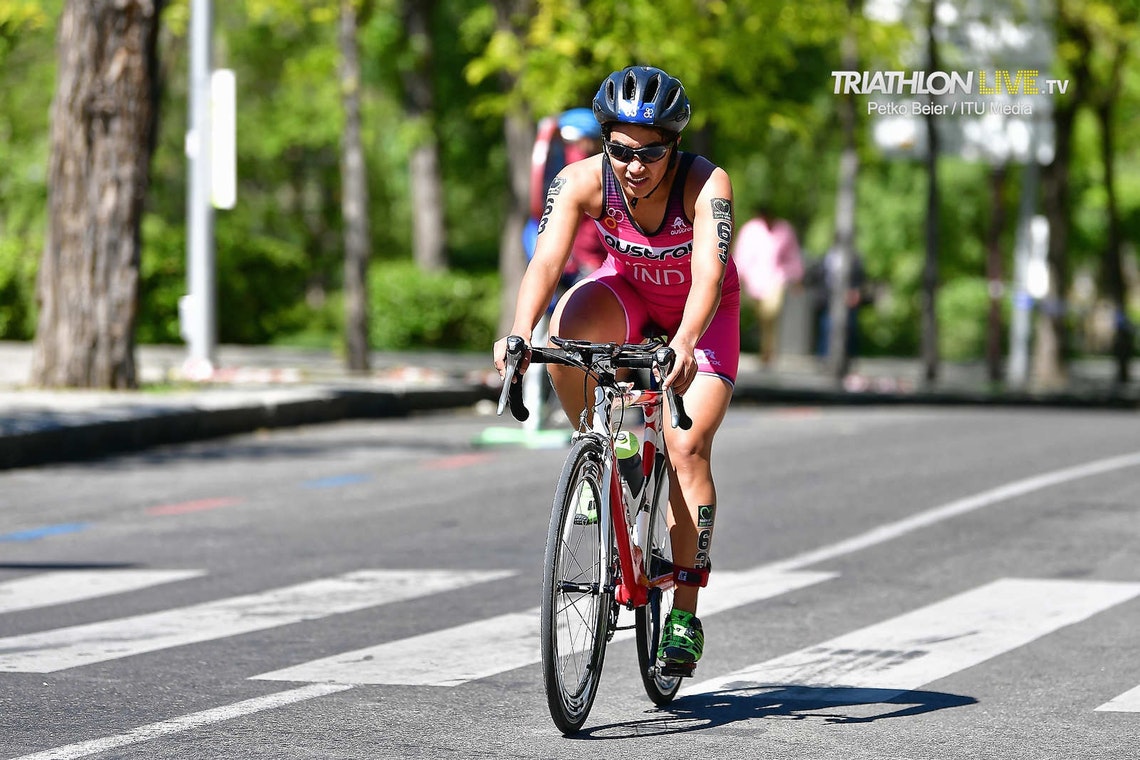 International athlete Pragnya Mohan is best known for her triumphs in the sport of Triathlon (swim, cycle & run). Apart from being the current South Asian & National Champion, she is also the 1stand only Indian to represent at the World Cup. She is also a qualified Chartered Accountant (CA).

However currently she has her eyes set on a related sport, cycling. Pragnya is confident on bagging a medal at the 26th National Road Cycling Championship to be held at Kurukshetra, Haryana from 25th to 28th November, 2021.

Gujarat has never won a medal at the senior level (elite category) in all the previous 25 editions. However due to her consistent training even during COVID lockdowns in Melbourne, Australia and her recent performance, Pragnya is confident of breaking this drought. At the state Cycling Championship held in October, Pragnya defeated her second placed rival by a gap of over 20 seconds. In road cycling, normally the race concludes by a sprint finish and the time difference is often measured in photo finish.

Pragnya will be participating in all the 3 individual events at the Nationals. First will be her favorite event, the Individual Time Trial event. Also called the ‘Race of Truth’, cyclists start at an interval of 1 minute each and ride 30 km in anall-out effort alone without any tactics. Second will the mass start event of 80 km. In this event, all the cyclists start together, save energy by riding behind each other, try to break away from the main pack of cyclists and usually the result is determined in the sprint finish in the last few hundred meters. Third will the criterium event of 30 km. Here the cyclists start together to ride a loop of 5 km, a total of 6 times. They get points based on their ranking on all the 6 loops, with the winner being the maximum point holder after 6 loops.

Pragnya has already earned numerous laurels in the sport of cycling. She was the inaugural champion of the Sabarmati Cyclothon in 2013. She went on the win the Cyclothon a further 2 times in 2014 & 2015. She has also finished at the top place in the state championship 4 times. In 2018, she had finished 5th at the Nationals in the Individual Time Trial event, the only time she participated in cycling nationals. Pragnya remarked on the training, “While I don’t usually train exclusively for cycling, cycling constitutes 50% of my sport triathlon training and hence I able to get good training for cycling. I also train under the guidance of international coaches in Australia and Spain, using the top end equipment and training techniques. Cycling is a highly data driven sport, and by comparing my current data and those of India’s best, I am confident of getting a medal at the nationals.”

Make These Changes In Lifestyle To Stay Healthy