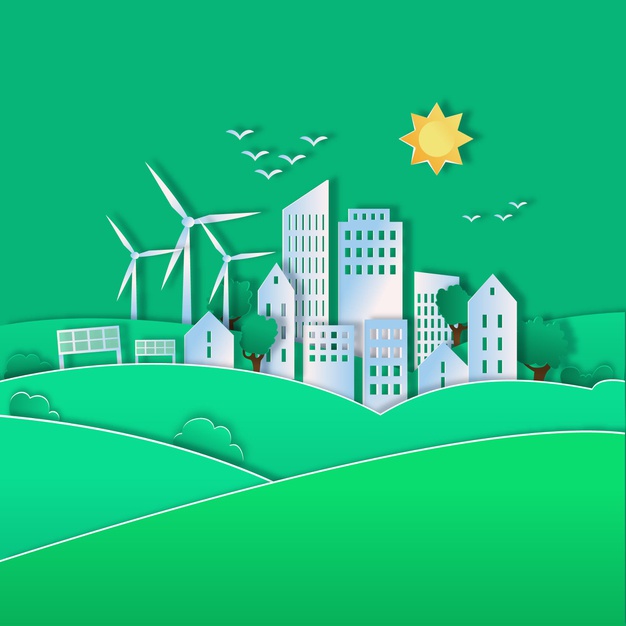 We may all be aware that on June 5th, in Stockholm, on June 15, delegates from all over the world gathered to commit to the protection of the environment and issued a declaration of guidelines on the preservation of the environment, as part of which “World environment day” is celebrated. Thus, whether it is a celebration of any day, a festival or a festive occasion, a true celebration can give the expected result only if it is done with a deep understanding of the subject and from a scientific point of view. In Hindu culture, festivals and celebrations have a special significance behind which the aim is to get out of the routine, boring or monotonous lifestyle and make a few changes in life and increase enthusiasm with joy as well as physical, mental and spiritual upliftment. The intellectual world of the West used to criticizes many festivals and celebrations of the India and satire that India is celebrating 1660 festivals in a year of 365 days. Now the same Western world is seen imitating the Eastern world by celebrating more than a thousand ordinary days like milk day, bicycle day, friendship day, Father’s Day, Mother’s Day, Women’s Day. But my personal opinion is that the festivals of the Eastern world or the day celebrations of the Western world should be understood in a true and scientific way, that is, if the depth of the subject is got, understood and practiced, then the celebration will be fruitful and welcome. As one of the implicit objectives of the celebration of World Environment Day is to increase the awareness of the environment in the minds of the people, make them conscious partners in the work of environmental protection and make their due contribution in making this earth livable and happy.

Dr. JIAN Liu, chief scientist at the UN’s Environmental Program, says the balance between humans and nature is deteriorating, with the number and severity of many natural disasters increasing every year. The imbalance between man and nature is the root cause behind many diseases, ailments and disasters. Researchers have acknowledged that air pollution is directly related to corona mortality. Research by many reputable organizations around the world has shown that corona viruses have been fatal in areas where air pollution is high. The most polluted air in countries like USA, China, Italy has increased the death rate of corona. In India too, more cases of corona have been reported in states with more air pollution like Mumbai, Delhi, Chennai, AHMEDABAD, PUNE etc. In short, on the occasion of World Environment Day, activities should be done that reduce pollution and make the environment cleaner and healthier. If it can be done by all of us, I think the celebration of such a day is justified.

Before scientifically celebrating Environment Day, one has to know what is called environment. What is the equilibrium of the environment? What are the symptoms of imbalance? That is to identify the imbalance and then think about what we can do to eliminate that imbalance. In Gujarati environment means PARIYAVARAN where PARI means fairy that is surroundings and AVARAN means cover. Thus the environment around us is the PARIYAVARAN, which is the combination of the whole ecosystem i.e. the human world, the animal world (animal-bird) and the plant world. The environment is an important factor in the survival of the entire ecosystem. If it is in equilibrium then the whole ecosystem can live a “problem free life”. Moreover, in view of the fact that all the elements of the environment or the ecosystem are interconnected so that one element is disturbed and the other cannot remain healthy, the adequacy of the same aquatic life is essential for the well-being of human beings. Problems arise when any element of the ecosystem or environment increases or decreases. Just as 10 percent of the land is covered by ice, which as the atmospheric heat melts, the sea level rises, that is, the water on the earth rises and the habitable land decreases, so if the number of trees decreases, the vegetation becomes unbalanced, the soil erodes, the temperature rises. , Rainfall decreases, oxygen decreases and carbon dioxide increases which again multiplies the temperature of the environment and thus makes a vicious cycle go on uninterrupted. Many vegetation, aquatic life, animals and birds have become extinct in the current state of extreme pollution, the existence of all that is essential for the survival of humankind. But unfortunately we see nothing beyond our selfishness. Just like according to the news that has just gone viral, for one’s own pleasure has feed a pregnant elephant with firecrackers in a pineapple, even a discussion of a serious matter like environmental balance in this level of ignorance sometimes feels like hopeless and meaningless. After understanding the meaning of environment, let us examine the characteristics of what is called equilibrium or what kind of imbalance is seen at present.

1) Water is an essential factor for the survival and growth of the entire ecosystem, meaning that its potent elements help to keep the body organs active. Without which the existence of not only human being but entire ecosystem is not possible. Such water is getting less and less and polluted day by day. The groundwater level is falling.

2) We need food to eat and survive, but in the world the layer of compost is rapidly shrinking.

3) We need clean air to breathe, which is becoming difficult to get. On the contrary, air pollution has reached such a dangerous level that the entire ecosystem is facing many diseases and disasters.

4) The number of trees is declining alarmingly in the name of development so the amount of oxygen is decreasing and the amount of carbon dioxide is becoming dangerous.

5) Land erosion is increasing due to lack of trees, rainfall is becoming erratic.

All of this demonstrates environmental imbalances. A joint effort should be made by everyone for its balance. I personally feel that one should do as much as one can personally before having any expectations of others, such as

1) Water wastage should be stopped completely. The need for water should be reduced. Using more water than is necessary for purity should be considered a sin.
2) Looking at today’s lifestyle, the world needs 1.75 Earth to meet its one-year requirement, says environmentalist SEEMA JAVED. If the lifestyle like America is for everyone, then the need for land will be five instead of 1.75, but if it is like India, then everything can work in 0.7 land only. In short, Indian religious traditions such as reducing needs, living a simple life, protecting, preventing the depletion of nature’s elements, are very useful in maintaining environmental balance.
3) Man uses many times more water and vegetation than is reconstructed on earth every year. That is, according to research, the assets or natural resources that should run from January 1 to December 31 expire on July 7. Thus the twelve-month requirement we use in six months, which is very risky.
4) In order to prevent air pollution, the use of bicycles can be increased or as much as possible, sincere efforts should be made to reduce the use of two wheelers or four wheelers.
5) Even if a large number of people turn to vegetarianism, the balance of the animal kingdom can be achieved. Our eating habits are becoming more modern, perhaps because of the rapidly deteriorating relationship between animals and humans, which must be stopped.
6) It is imperative to stop the use of plastic bags as soon as possible. Plastic waste is increasing the acidity of the oceans, upsetting the natural balance, which could prove fatal to the entire ecosystem.
7) In addition, illegal trafficking of wildlife and animal products is on the rise around the world, which must be stopped immediately.
8) And most importantly we should plant trees where open land is visible around us and take proper care of it because the tree absorbs 20 kg of dust every year. A tree emits about 700 kg of oxygen. One tree absorbs 20 tons of carbon dioxide every year. We know that in the heat the temperature under the tree feels four degrees lower. A tree has a tremendous capacity to absorb a mixture of 80 kg of toxic metals like mercury, lithium, lead etc.

Through which the reduction in pollution can be brought faster. The tree filters one million square meters of polluted air every year. The tree around the house acts as an acoustic wall so it absorbs noise and sound. In this way the tree is very useful in preventing air, water and noise pollution, research from the University of Wisconsin shows that the tree around the house reduces stress or depression. According to reports in the Scientific Journal of Canada, having ten trees at home increases human life by seven years. According to research from the University of Illinois, having a tree around the house improves sleep as the tree is very useful in bringing sleep.
I think from today onwards, by implementing the above mentioned measures on an immediate basis, we can scientifically celebrate World Environment Day on an individual basis. Through which we can truly participate in the excellent work of God by instilling health and enthusiasm in the life of the entire living being. Happy World Environment Day to all.

Make These Changes In Lifestyle To Stay Healthy