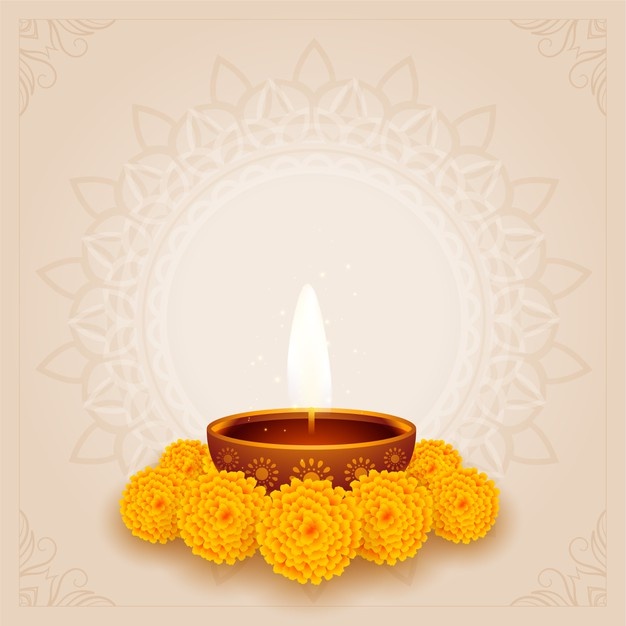 To know a person’s merits, one must first know his name, e.g. to know Shilpa Shah by her quality or her specialty can be understood only when we first get acquainted with the name, by identifying her. Thus it is imperative to get acquainted with the name before getting acquainted with the virtues. Then one can gradually become aware of the increasing qualities, in the same way to know the quality or merit of each EKADASHI, one must first identify it by name. Gradually understanding is achieved and merit according to the name becomes possible. Each EKADASHI has the same merit as its name implies, the attainment of it brings happiness, peace and prosperity in human life.

From the name EKADASHI itself, it is understood that “EK” means one and “DASH” means ten so one plus ten is eleven, the importance of EKADASHI vow is to keep the ten senses of a human being and one mind in total 11 in restraint. On the day of EKADASHI, there is real restraint through the five GYANEDRIYA (senses), the five KARMENDRIYA (senses) and the mind then EKADASHI is said to be successful. Moreover, if the practice of this is done regularly every fortnight (the practice of keeping the eleven things in moderation becomes regular), then it becomes ingrained in the mind and the emancipation becomes easier. The greatness of EKADASHI is to keep the senses away from the subjects of the mind, to leave one’s preoccupation and continue to love the Lord. EKADASHI has to be done for life as the need for restraint in human life is unceasing.

Fasting is very important in EKADASHI which can be done in three ways 1) NIRJALA EKADASHI- in which even drinking water is not allowed 2) without food which is called NAKODI EKADASHI in which only drinking water is allowed but food or FARALI items cannot be taken. 3) FARALI EKADASHI – in which only milk and fruits are allowed. According to the scriptures, eating food on the day of EKADASHI is like eating meat. The BHAGAVATA PURANA states that at least on the day of EKADASHI one should not eat grains and give up rice altogether. The Scriptures say that eating one piece of rice is equal to eating one caterpillar on that day. Fasting is actually a highly scientific action that the ancient sages suggested in the name of religion. Science acknowledges that when there is no food in the body, the digestive tract cleanses the body of toxins and other undigested wastes and we know that the toxins produced from undigested food are the root cause of all diseases. Thus fasting is necessary to live a healthy life as well as to get rid of all diseases. The American Institute of Ageing has proven that fasting is a form of exercise. Fasting improves blood circulation, saves energy in the body and boosts the immune system. In Hinduism, it is advised to do fast on the day of EKADASHI, full moon day, black day (AMAS) etc., i.e. to eat less. Another scientific reason behind this is that these days the position of the sun and moon from the earth is such that the maximum effect is on water and the human body is made up of 70% water so that it has a special effect and fasting proves useful. On certain dates the brain becomes almost intoxicated due to the special position of the sun and moon so that the food eaten on such days invites disease. Dr. SULF Morris, a scientist at the University of Illinois at Chicago, wrote in his book “Impact of moon on human being” that the full moon works to increase the physical and mental suffering of human beings. On full moon day person’s BP, heart beats are high. It also speeds up metabolism. Brain diseases are on the rise. Swedish scientist SANTI ARHNIS notes that dark day or black day that is AMAS has an increase in fatigue, insanity, mental illness and skin diseases when the sun and moon are at zero degrees during that day, and the same effect occurs when the sun and moon are at 180 degrees. The situation from the eighth to full moon or AMAS indicates the bad condition of the moon which has a special effect on the human body and mind. So there is a suggestion of fasting to stop all these problems.

There is also the glory of night vigil (that is JAGARAN) on the day of EKADASHI. The religion’s advice to awaken that is night vigil (JAGARAN) is also very scientific. Just as coughing at night is relieved if we sit down instead of sleep because the mucus in the chest is pushed down by the mixed air due to gravity, in the same way a night vigil does the same thing. Moreover, in any penance or vow, charity-sacrifice-almsgiving is indispensable as it is through that the entire creation attains equilibrium. With birth we become involved in three things. Body, creation (nature) and relationships. These three we consume every day, wear them out, exploit all three and give nothing in return, only waste. Which we have no right under God’s law. When God’s commandments are disobeyed, we have to enjoy its fruits and as a result we suffer from diseases, weak body, bitterness with relatives, fury of nature. Our debt to these three is increasing day by day. In religion, arrangements like YAGNA, Donation and Tapa (penance) are the only way to pay off this debt. The debt of the body is paid by penance or tapa, the debt of society and relationships is paid by charity or donation while the debt of creation is paid by sacrifice and YAGNA. Thus the advice of fasting, night vigil, penance, alms, sacrifice, philanthropy, given on the day of EKADASHI is very scientific which includes the welfare of all.

The story of the origin EKADASHI is as follows according to BRAHMAPURANA and PADMAPURANA Moore, the son of the demon king of the city of CHANDRAVATI, begins his penance with a desire to conquer death when he becomes king, and being pleased with his penance, God gives him the desired blessing that he cannot die by anyone produced by man and woman. The understanding of the demon king Moore was that any element of existence must be produced by man and woman and with such a blessing it is certain that no one can kill him now. After receiving such blessings from God, King Moore fought with the deity for 5000 years and finally the tired Lord left the battlefield and went to a cave in the Himalayas. Where king Moore went after him, the Lord slept there. At the time when Moore went to kill the Lord, a divinely born bride was born from the Lord and king Moore was destroyed by that bride. That bride is known as EKADASHI. To whom Lord Vishnu blessed that those who take your name and fast will prosper and they will get my paradise VAIKUNTHA.
The flow of relaxation and activity is constant in life. EKADASHI is the journey from the ignorance and attachment to conscious awakening. EKADASHI is the practice of constantly doing the eleven pleasing deeds which God likes that is chanting, penance, firmness, regularity, restraint, SATSUNG, sacrifice, devotion, good karmas, purity, philanthropy. Whether God sees it or not (because the Lord sleeps four months in a year which is called CHATURMAS that is DEVPODHI EKADASHI to DEVUTHI EKADASHI) his favorite deeds should be uninterrupted. By this, human beings are taught that even in professional life, we should not forget our duties and responsibilities whether our boss-superior is asleep, present at the place of duty or not.

So let’s understand the deep science of EKADASHI in a practical way on this holy day DEVUTHI EKADASHI, put it into practice and make life healthy and blessed.

Creates and protects wealth of the investors

These Unmistakable Benefits Are By Applying Oil On The Navel

How COLORS’ star cast is all set to celebrate Diwali

Teeth Will Shine Like Pearls, Just Use This 5 Rupee Trick