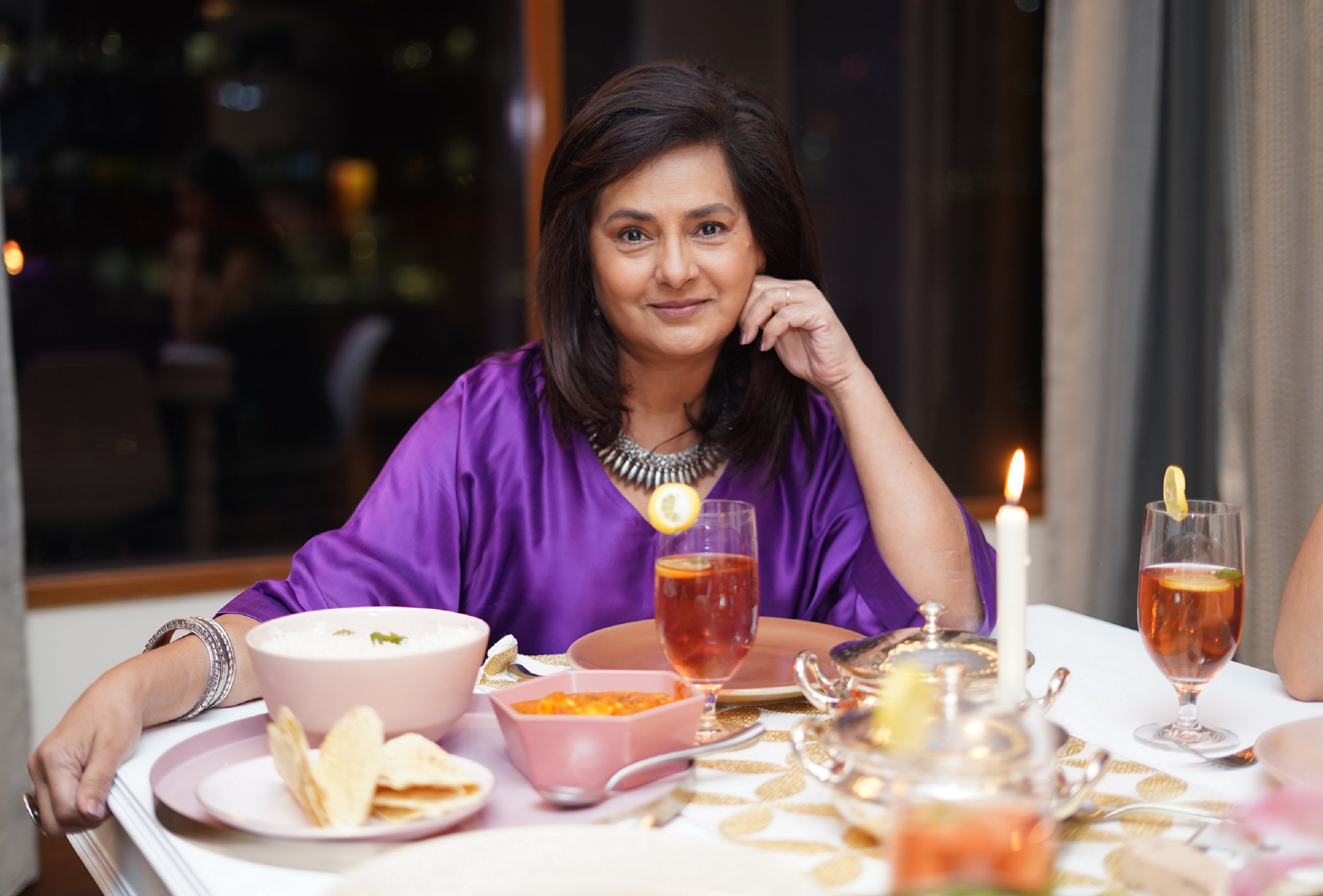 What Made you say yes to a series like potluck. Tell us a bit about your character?

Basically, many things we were over there right in the beginning, like the fact that Kunal Dasgupta had come back into the industry, and he was spearheading, and the fact that this was a kind of series which has not been done at all, which is a slick urban comedy. Because normally people ignore the upper-class urban demographic and the fact that it was going to be really excellent cast with an excellent director and that it was going to be a very… kind of a sophisticated community with with no major drama and melodrama. That is really exciting to do, something that is close to our hearts and what we know alive. So that was very exciting. I have not been offered such a thing before, so I was very keen to try. I love comedy. I really, really love comedy. And I really like showcasing my comedic talents. Very rarely do I get to do that. So that was a major draw. All these four-five factors got me to be a part of Potluck on SonyLIV.

Again, as an actor, apart from the script and the makers, what are the other things that you keep in mind before you say yes to a project?

Script, script, script. For me, it’s the script, it’s the writing and that is the main thing. And then, of course, the other is peripheral, like the remuneration or the director, who is the showrunner, who is the producer? Of course, they have to have a good reputation and they have to be tried and tested mostly. And yeah, I think every actor basically looks for a good script. Well, written and the kind of atmosphere getting into is very important, which is spending so much time, 20, 30, 40 days. It really can make or break. Especially in this series, the chemistry was so fantastic. Half of us knew each other from before, and so chemistry was amazing. Seven, eight of us. So, I think that has really come through, if I’m not mistaken.

How easy/difficult do you think will it be for an actor like you, who has been part of film and TV industries, and with the advent of OTT platforms, how do you see all these industries, probably finally blending into this one big industry?

Well, actually, we’re seeing it for the last two years, aren’t we? We’re seeing that even big film stars are doing, like Said and Nawazuddin, and all these people are already doing, you know. I don’t think most people, most actors like me, don’t have a choice. Actually, if I am offered a good film script, I will do a good film. If I get a good television, which is highly unlikely today. But in the past I’ve done many hit TV series. But now what’s happening is everyone is rushing to OTT with their talent. And there’s a lot of talent in this country, a lot of writing talent. So, I guess people are really excited. And so, what’s happening is we are all gravitating towards OTT, and OTT has the ability to be large, like large scale with fabulous panoramic landscapes. And you can also do like a more like a soap, close up kind of format. So, OTT gives you that kind of scope. So, everyone’s gravitating to OTT, whether it’s a theatre actor or a film actor or television. I do all three. And all the work is on OTT. Now who knows how long it will last.

As an actor how conscious do you get about getting stereotyped or getting similar roles. How much of an effort is there on your part to do different roles and scripts?

I don’t do any stereotypical roles anymore. I’m done with that. Luckily, in my thirty year career I have played all kinds of roles. But I definitely do not like to be stereotyped because you want to use your talent. And I think I have a lot of it. So, I would love to have people cast me into different roles. So, I’m hoping that I have done in the last two years I played very, very nice different kinds of roles. That’s really encouraging to see for an actor like me. I like serious. I like comedy. I like detective, murder mystery, you know, different roles. Nobody would like to be typecast, as nobody would like to be in a factory and make the same product again. And so, it’s the same concept that applies to  actors.

As much as the script offers me. If the script offers me a detailed, very subtly, nicely written character, then I love to work on the appearance, the physicality, the mood, general mood of the character. Whether it’s a serious character, sombre character, flighty character, mysterious, whatever it is, as long as the script and the director support you. If the script is badly written and it does not offer you any nuances, then what can you do? It’s very difficult. So, it’s a symbiosis between the script, director, and actor. And, yes, I absolutely love changing my physique. In fact, in one murder mystery, I’ve just done, I played a very down at heel detective from Goa. Very low. Not very rich, but very quirky. Kind of Agatha Christie kind of. So, in that I really worked on my appearance, the way I move, something different from what I’m playing now

Watch Potluck from 10th September only on SonyLIV.

What Are Periods Of Acne? Home Remedies To Deal With It

Do These 5 Stretches Before Running, Know How It Is Beneficial