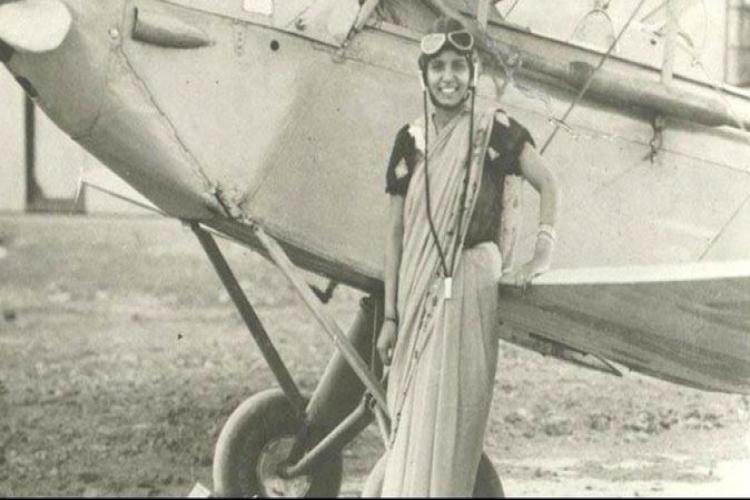 Stylello, 4 months ago 2 min read 3
International Women’s Day is celebrated every year on 8 March. On this day the society is made aware about the rights and respect of women. Special programs are organized on the occasion of Women’s Day to give equal respect to women in the society all over the world. In this episode, on the occasion of Women’s Day, if we remember the contribution of those Indian women, then it became an example for the society. Today there are many women pilots in India who fly from aircraft to fighter jet but do you know who is the first woman pilot of India, who flew an airplane wearing a saree? Let us know about Sarla Thakral, the first Indian woman pilot to show indomitable courage.

Sarla Thakral was born on 8 August 1914 in British India. When Sarla was 16, she was married to PD Sharma, a trained pilot. Sarla was encouraged by her husband to fly. Due to which Sarla kept her dreams alive even after having family responsibilities after marriage.

Sarla Thakral got the

support of in- laws Apart from the husband of Sarla Thakral, her in-laws had 9 members pilots. Sarla’s husband got the first Indian Air Mail Pilot’s License. He used to fly from Karachi to Lahore. Sarla Thakral was also a member of Lahore Flying Club. When Sarla’s training was over and the required flying hours were met, her instructors wanted Sarla to fly solo. None of the members with him objected to this, except a clerk in the Flying Club.

Sarla Thakral , the first Indian woman to receive an ‘A license’,

was also the first A licensed Indian woman to complete a thousand-hour flight. Sarla’s father-in-law also supported her, but later in 1939, when Sarla was working hard for a commercial pilot’s license, her training had to be interrupted due to the Second World War.

During this, Sarla Thakral’s husband died in a plane crash. Sarla was just 24 years old at that time. After this incident she gave up the dream of becoming a pilot and returned to India. Here he enrolled at the Mayo School of Art and learned painting and earned a diploma in fine art.

Sarla Thakral as an entrepreneur

When India Pakistan was partitioned in 1947, Sarla moved to Delhi with her two daughters. A year later she married a man named PP Thakral. Starting her new life, Sarla ventured into designing clothing and jewelry and was associated with cottage industries for almost 20 years. The promising female pilot of the country also played the role of a businessman very well. He died on 15 March 2008. But her story of achievement, courage and struggle became an inspiration for every woman.

This one mistake of the morning causes acidity