Home > Spiritual Wellness > According to the scripture, शब्द (word) is ब्रह्म (BRAHM), is it true from a scientific point of view? 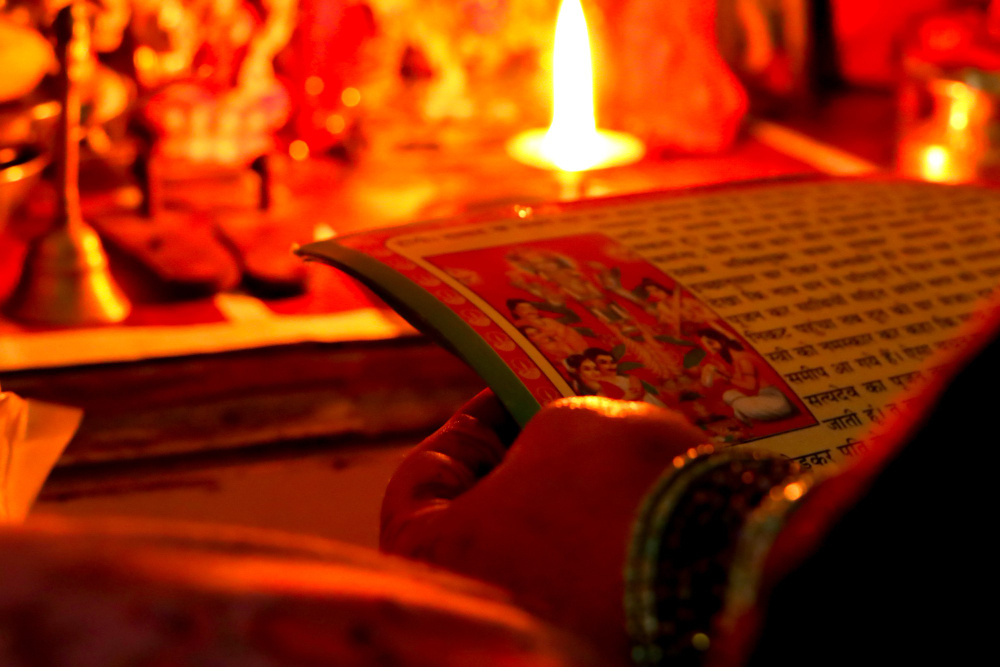 Today’s so-called modern and educated people do not rely on scriptures or scriptural statements but strongly believe even the common sentences of science. We forget that science generally does research based on the statements of the scriptures and accepts as much scientific research as human beings can understand by their senses. If we examine the practical utility of the words, commands or statements of the scriptures on the basis of everyday experience of life, we will understand that almost every representation of the scriptures is very logical, implicit and scientific. Today we have to talk about the word and Brahman. For which first it is necessary to clearly understand the concepts of what is Brahman and then what is the power of word and word as well as how much power of word etc.

Brahman, god, divine power or supreme soul is not a person but a special energy or power. That is why the scriptures say that God exists in every particle of the existence. Science also acknowledges that every element in the whole of existence has energy in the form of protons, electrons and neutrons. Which the scriptures call SATTVA, Rajas and TAMAS. In the end, both actually discuss about the power or energy. We all know that all the atoms in the universe are powerful. Life is only the result of energy or power. The whole existence is subject to energy or power. In the absence of energy or power neither life is possible nor existence. Moreover, this power is not generally known or understood, it is very deep, intense, unimaginable and divine therefore we cannot know it completely, perhaps that is why God is known as divine power. The complete power of the creature physical or mental is the power of Brahman. In short Brahman is a special power and the same power is in the word. It is well known that the power of words is incredible. The word has a profoundly incredible power to create and destroy. There is only one power and its use makes it right or wrong. The word itself makes time good or bad, the word itself makes life calm or restless, the word itself makes the relationship loving or poignant and the word itself transforms the world into heaven or hell. Thus all Shakti belongs to words so that it can be compared with Brahman.

Words and thoughts are interconnected, which cannot be separated from each other. The first idea is born whose presentation or demonstration is made possible by words. Words are indestructible so they can never be destroyed. Even today in the atmosphere, the Gita verses of Lord Krishna, spoken ages ago, still exist in the air waves, which are constantly being absorbed by scientific means. No word of the world is destroyed, it is constantly wandering in the free sky that is why the word is compared to Brahman (God) because it is also indestructible like Brahman (God). Both the power of the word and the power of Brahman cannot be destroyed. Sharp words or insulting words have the power to tear the heart, we all experience that rude and insulting sharp words constantly pierce like an arrow, injuring the existence of a human being, which we cannot forget even though we want to forget, Enduring anguish. This shows nothing but the indestructible power of the word. Even when we are sitting down to eat, we feel uncomfortable even if someone just talks about dirty stools and urine, we lose interest in eating, our mouth gets bad. In fact, no such dirt exists in a physical way, but its existence is felt only by words, yet it has such a profound effect. In the same way, saliva comes out of the mouth as soon as you name a favorite dish. This also shows the power of words. All these examples show that the word has a profound effect on the mind and it is well known that the mind has a profound effect on the whole life as well as the whole existence. Thus the word is an extremely powerful factor affecting life both directly and indirectly. That is why it is known as Brahman (God).

A set of specific words or sounds is called a mantra. The word mantra is made up of two words “मन” and “त्र”. “मन” means to think and “त्र” means to liberate. Thus mantra is a specific word that frees a person from thought. A thought-free life is automatically free from all pain and suffering. One can be freed from the cycle of life and death only by being free from thoughts (free from desire). That is why a set of certain types of words (that is mantras) has infinite power. That is why the scriptures advise to repeat the mantra-(words) frequently (which is called JAPAYOGA) because it creates incredible power. The mantra brings the soul out of the hustle and bustle of the world and connects the lower self with the higher self. Mantra is not an ordinary word, when an element of truth is mixed in a word, the spirit of welfare of all is mixed, in which there is a call of the whole existence then word becomes mantra.

According to some important researches on words and mantras, Sound Electronics has proved that no sound produced in the world is lost. Sound is stored in the infinite sky, there has been a lot of research in Russia on this. The sound waves emanating from the mantras spread in all four directions which has a positive effect on the health of the external and internal world. In Maharashtra, a person kept a pot full of water near the temple and worshiped God through regular mantras and by consumption of that water cured the paralysis. Mantras generate more energy when two or more letters are joined. Connected characters produce vibrations in the body that are useful in eliminating physical and mental illness. For example, when the ohm is spoken, the lips are rounded the two lips have to be congested. The mantra produces vibrations that are useful in making you healthy and strong. Dr. PODOLSKI’s research in New York shows that special types of melodies and sounds improve blood circulation. Regenerates cells. According to Dr. SAMARU IMOTO’s research, mantras have a very positive effect on water and our body is 70% water (such as blood, digestive juices, fluid in each cell, glandular hormones, etc.). Can be because mantra is a word and its speed is even greater than light. Moreover, it is never destroyed. Mantra Yoga is considered to be the most effective and indispensable in all the branches of Yoga (Bhakti Yoga, Karma Yoga, GYAN Yoga, TANTRA Yoga). Swami Vivekananda (Nueva) in Lonavala has a tool to measure the power of mantras and the power arising from chanting mantras appears on a device like a TV screen which can be measured. Thus science is also supported by acknowledging the power of the word or mantra.

In short, a mantra or word is the true form of divinity or divine power. Mantra awakens such power beyond nature. Mantra cleans the dirt on the mind just as soap cleans the dirt on the clothes. Mantra is just a spiritual soap. A word or mantra creates a kind of vibration that transmits energy. We all have the experience that where anything is spoken (good or bad i.e. quarrels or chanting of God) the mind is automatically drawn, which shows the power of the word. We know that often regular words form thoughts. Man generally becomes like his thoughts. Thus the word has incredible power so the scriptures call it Brahman because Brahman is nothing but divine power i.e. where there is power there is Brahman. Words have infinite power so the scriptures say “शब्द ब्रह्म हे” and advise its prudent use.

The Lord Jesus Christ said that you can hardly live on bread alone (which gives physical strength) but you can live in the name of God alone. We further saw that even if someone utters dirty words while eating, nausea comes immediately. Think, if there is so much power in ordinary words, how much power will there be in God name? The word has a profound effect on the mind. So the mind should be distracted from inappropriate words and should be associated with God name, mantras or words as the word (mantra) is a miraculous soap for purification of the mind. Om is considered to be very powerful as it is the elixir of mind purification. The scriptures say that the perceptible world emanates from ohms. The whole being exists in ohm and collapse in ohm. Ohm is the foundation of thought and intellect throughout life. Ohm is the centre of all words. Thus the words are so powerful that they are known as Brahman. The chanting of Ohm (Pranav) has a profound effect on the mind. The vibrations generated by the ohm are so powerful that they can knock down even a large building with constant chanting.

In short the word has the same strength as Brahman so the word is called Brahman. A prudent use of the word or a set of excellent words (mantra) is a boat to cross the world ocean. It is a weapon to win the mind, which never fails. That is why the scriptures suggest an easy way of chanting to realize God. The word or mantra is divine power. The one who chants the sun mantra receives health and vitality. Wisdom and intellect come from SARASWATI Mantra chanting. Wealth is obtained by chanting MAHALAKSHMI Mantra. GANESHA Mantra removes obstacles. MAHAMRUTYUNJAYA Mantra removes incurable pains, calamities and immortality as the mantras quickly produce spiritual waves or divine tremors that radically destroy the pain that enters the body. Words fill the pure truth or divine power in the atoms of the body. Words (mantras) are extremely powerful drugs that are even more powerful than ultraviolet or Rotting X rays. In short, the introduction of the scriptures that the word is Brahman can probably be accepted by so many scientific examples given here in this article that’s what I hope.

What is the most powerful card in the Tarot deck?