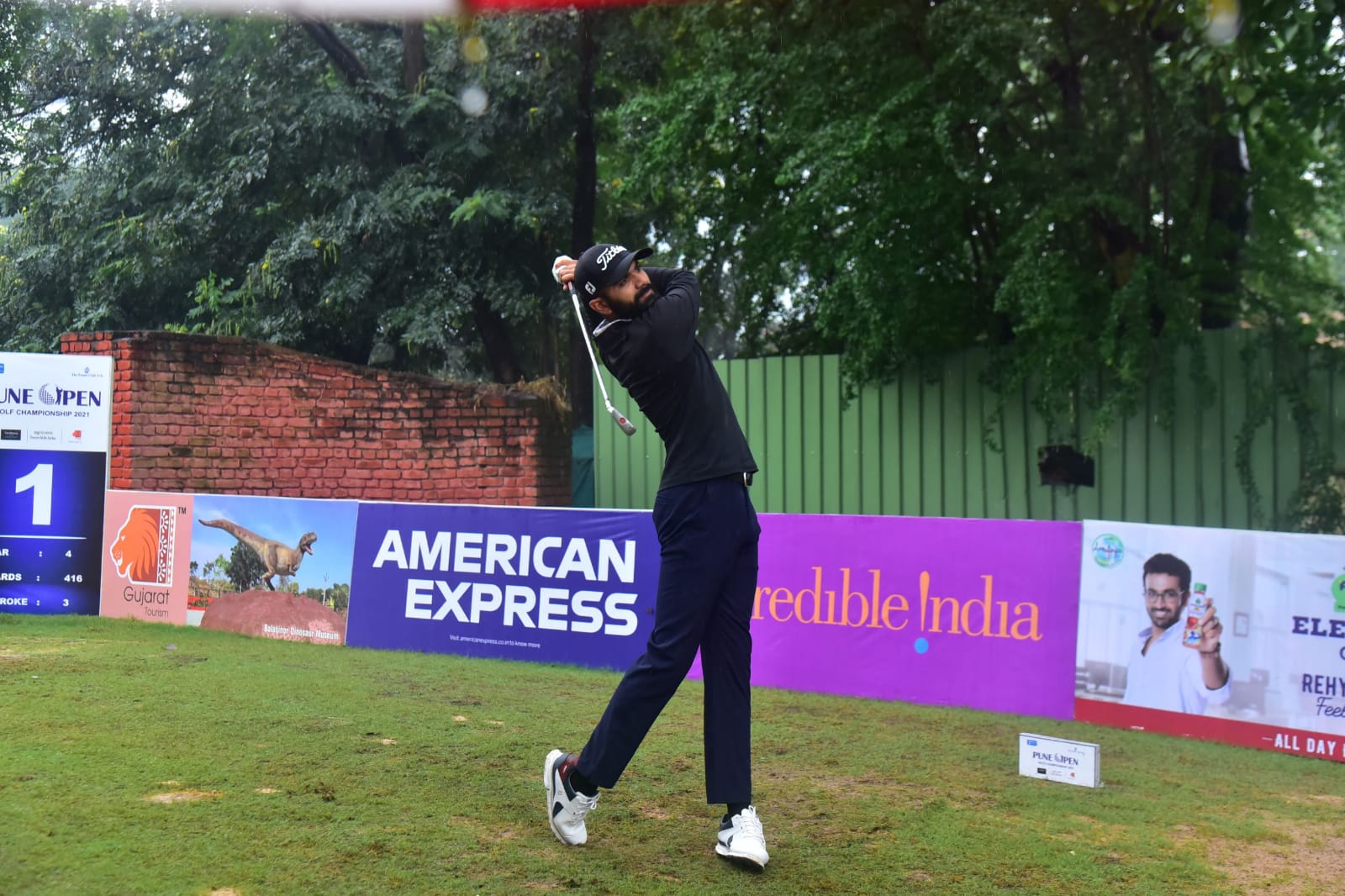 Stylello 3 min read 58
Chadha’s fiery seven-under 63 gave him the clubhouse lead on a day that witnessed rain from the start of play till the end.
Gurugram-based rookie Kartik Sharma and Delhi’s Wasim Khan were tied second in the clubhouse with scores of four-under 66.
There was light rain at the start of play at 7 am local time. The rain intensified later on forcing the suspension of play at 5 pm. Thirty players are yet to finish round one out of a total field of 126. The 30 players yet to complete round one will resume play at 7 am on Thursday. Round two will get underway immediately after the completion of round one on Thursday.
Abhijit Singh Chadha, a two-time winner on the PGTI, didn’t have the best of starts as he bogeyed the first after the club slipped out of his hands on his approach shot as a result of the wet conditions. However, Abhijit fought back with a terrific tee shot on the par-3 fourth where he had a tap-in for birdie.
Chadha then got on a roll from the seventh onwards where he made a 20-feet birdie conversion. The next three holes saw him make birdie-eagle-birdie. He chipped-in for eagle on the par-4 ninth. Abhijit capitalized on the two par-5s, the 12th and 18th, by laying up and hitting his wedge shots to perfection to pick up two more birdies.
Chadha, who made an eagle, six birdies and a bogey on Wednesday, said, “I didn’t start well but things changed for the better from the seventh where my second shot hit the flag and rolled back off the green. I made a long putt there and that got me going. What followed was a good momentum stretch for me.
“The conditions were tough today but I kept myself very organized and handled the conditions really well. My caddie, the experienced Raju, did a wonderful job handling me and everything around the bag. Credit to him as he was an important part of my round today.”
Kartik Sharma had an eventful day as he mixed an eagle and six birdies with four bogeys. Kartik was one-under through 16 holes before he closed the day in style with birdie-eagle on the eighth and ninth. He sank a 30-footer on the eighth and holed his second shot from 40 yards on the par-4 ninth. Earlier he had also chipped-in from just off the green for birdie on the fifth.
Kartik said, “I think I dealt well with the conditions physically as well as mentally. When it rains I generally don’t stay at home, instead I go and practice. This habit has helped me get used to playing in the rain. It’s probably also the reason I negotiated the conditions well today.”
Wasim Khan had a poor start with a bogey on the first but then turned it around with a birdie on the ninth followed by four more on the last five holes. Wasim adjusted well to the wet conditions by using his 3-wood instead of the driver and produced the desired results with his irons and wedges.
Among the players who finished, Chandigarh’s Harendra Gupta had the next best score of 67. He was fourth in the clubhouse.
Rajiv Niranjan Datar had the best opening day among the Pune-based players as he shot a 70 to be tied 16th in the clubhouse.