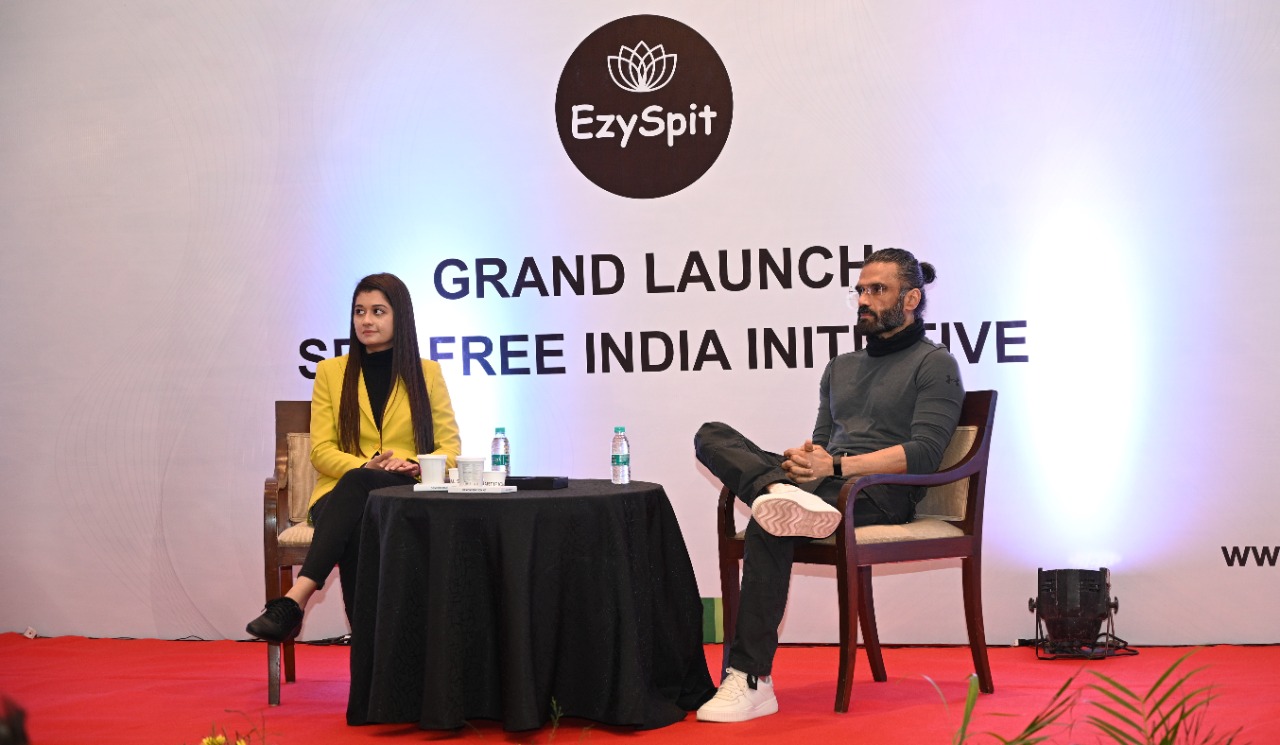 Stylello 4 min read 8
A unique step for cleanliness by the youth of the country
The aim of this startup is to spread awareness about eco-friendly spitoon products in Ahmedabad  to curb the growing problem of spitting in public places.
In the initial phase, this innovation will be launched in the market of Gujarat, Telangana, Tamil Nadu, Bihar, Jharkhand, Uttar Pradesh, Punjab, Maharashtra, Madhya Pradesh, Rajasthan, Chhattisgarh, Karnataka, Haryana and West Bengal including Delhi NCR.
Team of 24 women handling the manufacturing of this exclusive innovation
A unique product EzySpit has been unveiled in the national capital to mark the birth anniversary of our Father of the Nation Mahatma Gandhi, which aims to take forward the campaign of Swachh Bharat. The innovation was launched at Shangri-La Eros New Delhi and the memorable event was attended by many dignitaries including Actor Suniel Shetty and many more socialites, and industrialists. This innovation is a revolutionary product which will allow us the freedom to spit anywhere without the fear of spreading germs. This distinctive revolution i has been created by Nagpur based Ritu Malhotra, Prateek Harde and Pratik Kumar Malhotra after a deep research and hard work of seven years. At initial stage this will be targeting the markets of various states including Gujarat, Telangana, Karnataka, Tamil Nadu, Madhya Pradesh, Delhi-NCR, Bihar, Jharkhand, Uttar Pradesh, Punjab, Maharashtra, Rajasthan, Chhattisgarh, Haryana and West Bengal. The aim behind this startup is to spread awareness about eco-friendly Spitoon products in India to curb the growing problem of spitting in public places. This campaign has been created with the idea to grow plants from the waste of human spit.
Expressing her happiness on the occasion, Ms. Ritu Malhotra, Co-Founder EzySpit along with her team said, “We are sure that this innovation will break the notion of spitting in public places. The campaign aims to prevent open spitting among individuals as well as to spread awareness about the use of these reusable spittoons. These are pocket pouches (reusable 10 to 15 times), mobile containers (reusable 20,30,40 times) and spit bins (since 2000 Reusable 5000 times), the EzySpit spittoon features macromolecule pulp technology and is equipped with a material that locks in bacteria and viruses present in saliva. We have been studying this product since 2015. And today we are handing over the product to the nation. Our effort is to promote the concept of Swachh Bharat and Atam Nirbhar Bharat. The most unique thing is its entire manufacturing team is being handled by a team of 24 women. Our aim is to improve the relationship between humans and nature, and to promote beauty and health in the ecosystem. Our existence and health depend on these things only.
Renowned Bollywood Actor Sunil Shetty also expressed his happiness on the occasion by saying, “Congratulations to the manufacturers for making 100% convenient, feasible and sustainable products. Hope this will bring a revolution in the society.” 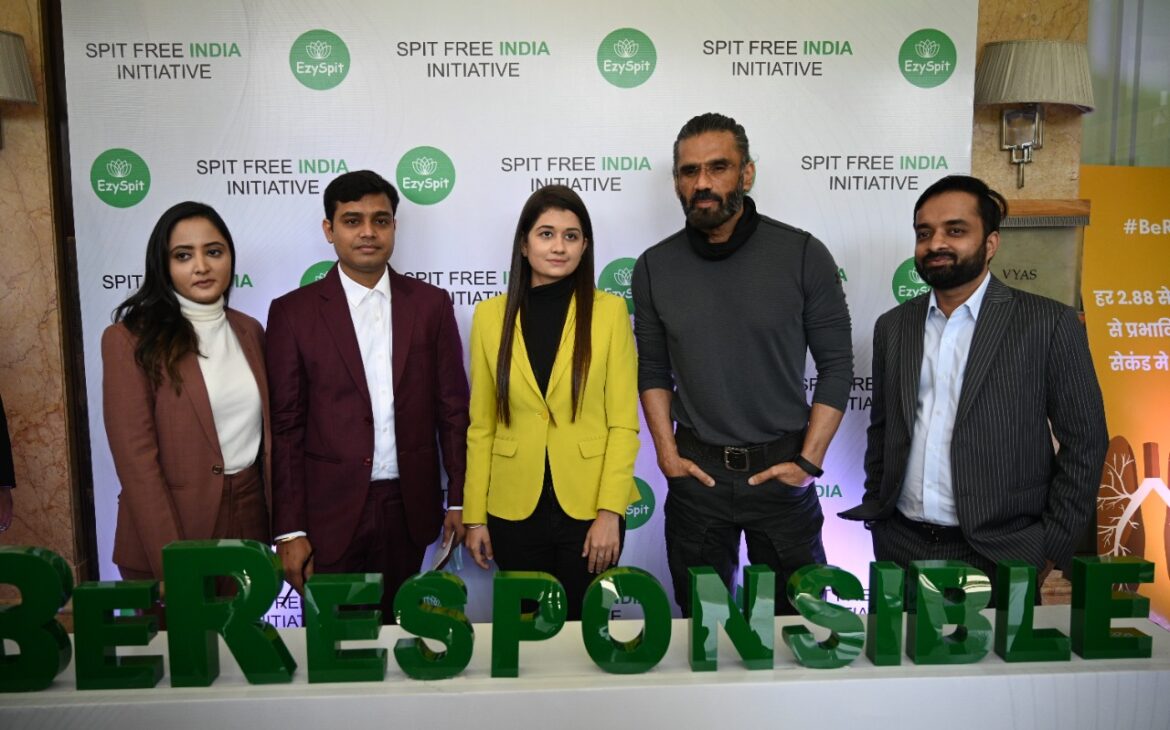 As we all know that the habit of spitting in an open is very bad and cleaning its stains is a challenge in itself. If we spit in any public place, then its particles can spread up to 27 feet in the air. This germ is deadly for people of all ages, including the elderly, children, pregnant women. Not only this, the germs produced from this spit have an important contribution in spreading disease like TB, swine flu, COVID-19 and many more in the country. Spitting in public places was also forbidden during the first and second wave of the global pandemic COVID-19 to prevent the spread of the virus. In India, under the Disaster Management Act, since 2005, there is a challan for spitting in a public place and its amount ranges from 200 to 5000 rupees.
Indian Railways spends 1200 crore rupees and a lot of water every year to clean the stains and marks caused by spitting. Apart from railway stations, spit spots are also easily seen in bus stands, hospitals, markets and many other public places. As there are proper arrangements for toilets, dustbins etc in many public places and on the other hand there should be a proper arrangement for spitting so that people do not spit in any place and the infection does not spread. These pouches contains a seed along with some sand like material which absorbs the spit. After using the pouch, it can be put in the soil where the plant can also be grown. From Prime Minister Narendra Modi to Ratan Tata has praised this unique innovation of plantation along with cleanliness.

Woods at Sasan launches GAME INTO THE WILD: A unique package for forest & wildlife conservation

For This Special Reason Everyone Should Celebrate Valentine’s Day