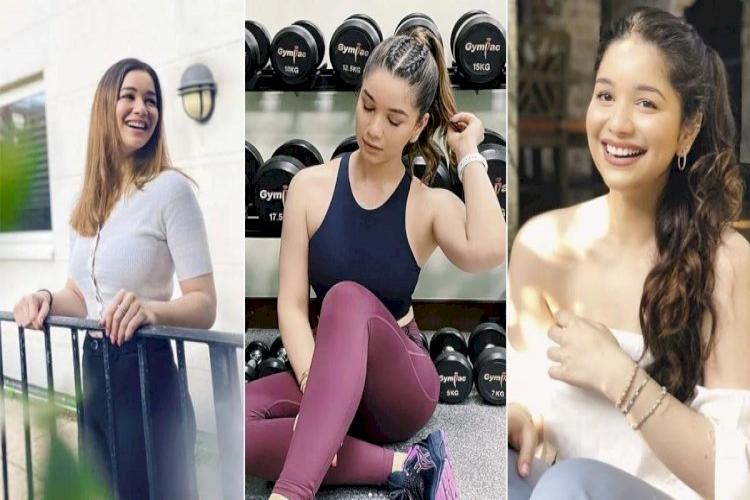 And when it comes to Sachin Tendulkar, what about him and his family. Sachin Tendulkar’s daughter Sara Tendulkar is the diva of B-Town. Sachin’s daughter Sara Tendulkar is one of the most famous star kids. Even though she has stayed away from the limelight. But Sara has a huge fan following on social media. There are many fan pages for him as well. Sara keeps sharing her photo videos on social media every day. He has many fans who wait for his photos and videos. At the age of 24, Sachin’s Ladli has made her debut in the modeling industry. Whose video he has also shared on his Instagram account. She has recently entered the glam world with her modeling debut. Sara Tendulkar recently signed a brand and actress Banita Sandhu and Ahan Shetty’s girlfriend Tania Shroff. She made her modeling debut with Shroff. Sara, who was once afraid to hold her father’s hand, is a big name today.

Actually Sara has shared some unseen pictures of her modeling on her Instagram account. And also Sara has shared a modeling video. Sachin’s daughter Sara is looking gorgeous in a short ruffled dress. She styled her stylish look with white heels and is seen carrying light makeup. Sara has made messy bun of her hair. His fans are quite surprised to see this video of him. Also, Sara’s modeling videos have taken the internet by storm. She is looking very beautiful in this video. In the video, he can be seen shooting on the small bridge over the lake and around the trees. In this video, Sara is seen in a very stunning look.

Let us tell you that Sara has done her schooling from Dhirubhai Ambani International School in Mumbai. and is a graduate of University College London. On the other hand, Banita Sandhu is an actress who works in Bollywood. Tania Shroff is the daughter of industrialist Jaidev Shroff and Rumila Shroff. Sara Tendulkar’s name is being associated with the star player of the Indian cricket team, Shubman Gill. Although nothing is official as of now. Sara may be the daughter of a famous cricketer. But she is trying to make her own identity.

Let us tell you that Sara is very close to her father Sachin Tendulkar and keeps sharing photos with him on social media. At the premiere of Sachin’s biopic Sachin: A Billion Dreams, Sara also gave an emotional speech. Sara Tendulkar recently had a special dinner with her family. Sara’s father Sachin Tendulkar shared the picture, in which he shared a photo of dinner while celebrating Anjali Tendulkar’s birthday. It is said that after winning the Sahara Cup, Sachin Tendulkar named his daughter Sara after being inspired by this. The Sahara Cup was a very special moment in Sachin’s cricket career. This was his first tournament as the captain of the Indian cricket team in 1997.

Sachin Tendulkar and Anjali Tendulkar were married on 24 May 1995. They have two children Sara and Arjun. While Sara has increased the discussion about coming to films by stepping into the modeling world, Arjun Tendulkar has made his debut in cricket in 2018.

Leaving The Glamorous World Of Modeling, This Model Now Sells Food On The Streets