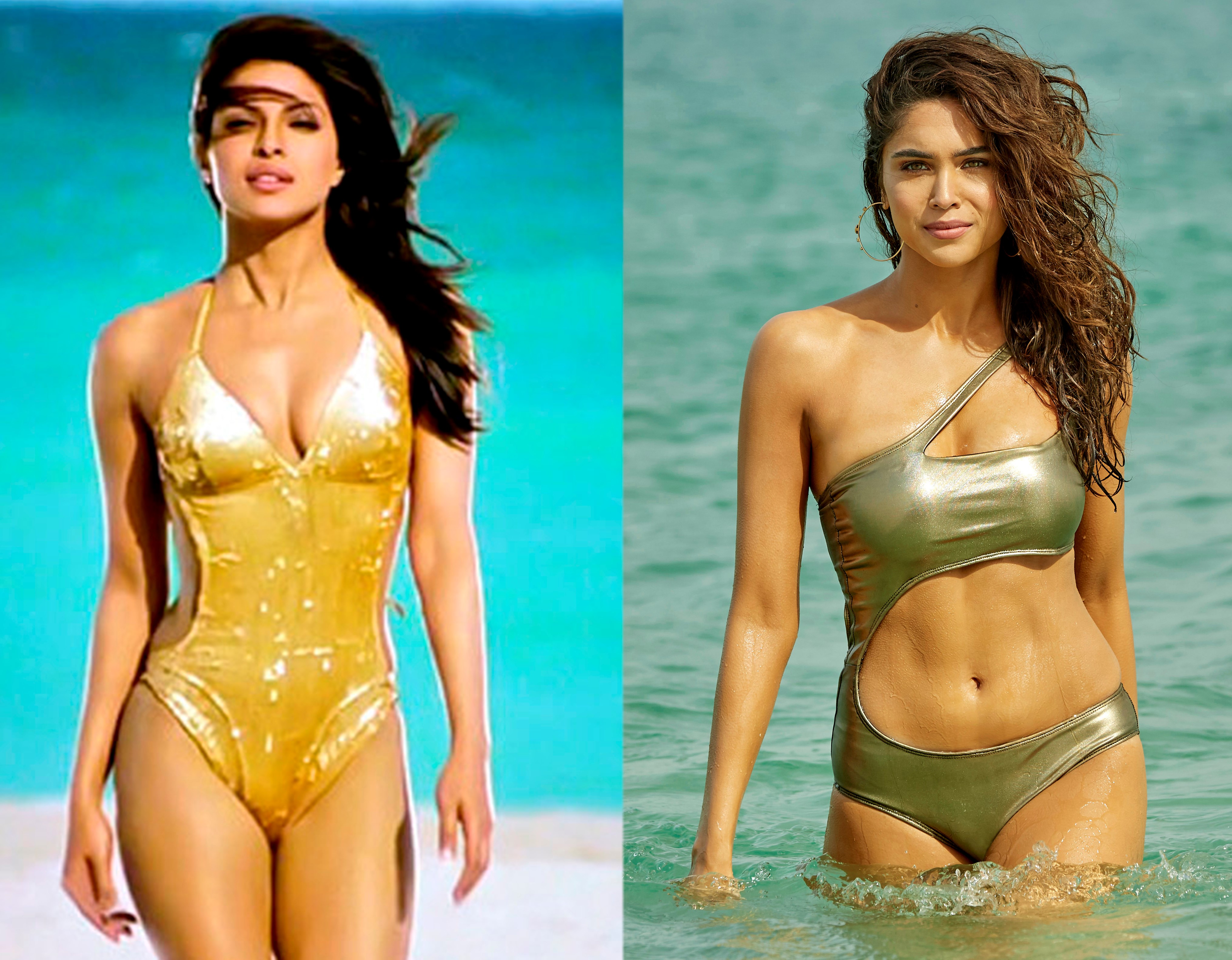 Gorgeous debutant Sharvari, who will be seen in the out and out family entertainer Bunty Aur Babli 2 playing the role of the new Babli, is over the moon about her Priyanka Chopra moment on the sets of the film! When Sharvari donned a super sexy, metallic golden bikini and dazzled the crew with her sass and curves on the Abu Dhabi beach, she was reminded of Priyanka’s stunning one-piece bikini sequence in Dostana that stopped the heartbeat of audiences!

Sharvari says, “I was the happiest person on set the day I shot this scene. Growing up, the image of Priyanka Chopra walking out of the sea in her golden bikini in Dostana was etched in my mind. She is the queen of sass and cool, she looked drop-dead gorgeous!”

She adds, “Ever since I decided to become an actor, I have secretly wished for a sequence like that to be filmed on me! And it’s a really sweet coincidence that Bunty Aur Babli 2 script had a sequence of me coming out of the sea in a stunning bikini! I just couldn’t believe it!”

Sharvari reveals she was beaming with excitement on the shoot day. She says, “So, on the day of the shoot, I was thrilled and confident to pull this off. I was in good shape and I had the best crew to shoot this. I was seeing my wish come true!”

She adds, “I hope I have pulled off the scene well because someone like Priyanka Chopra had absolutely nailed it and set benchmarks of how to do a great bikini sequence with so much oomph!”

Yash Raj Films’ Bunty Aur Babli 2, which is set to release worldwide on November 19, 2021, is a rib-tickling comedy that will pit two sets of con artists Bunty and Babli, from different generations, against each other in a war of wits to be the best! While Saif Ali Khan and Rani Mukerji play the OG Bunty and Babli respectively, the new Bunty Babli is being played by Gully Boy fame actor Siddhant Chaturvedi and Sharvari.

Bunty Aur Babli 2 is being directed by Varun V. Sharma, who has worked as an Assistant Director in some major tentpole YRF films like Sultan and Tiger Zinda Hai.