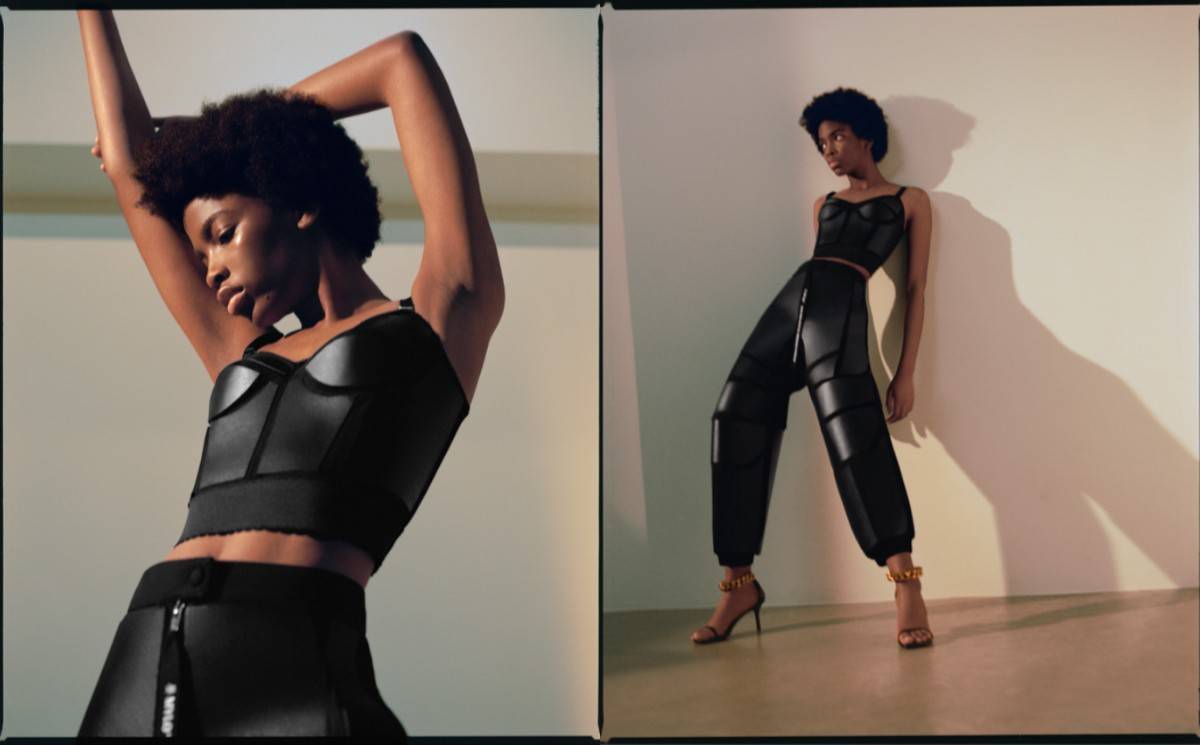 A model wears clothing unveiled by British designer Stella McCartney on March 18, 2021. It’s made with Mylo, a leather substitute grown from fungi, which can be treated to have different leather-like colours and textures. (Bolt Threads)
This past week, British fashion designer Stella McCartney unveiled a black “leather” bustier top and pants made not from cow hide, but mycelium — which is grown from fungi.

Up until now, if you wanted leather that wasn’t made from animals, you’ve probably had to settle for plastic “pleather,” which comes with a different set of environmental problems.

But a number of big brands, including Stella McCartney, Adidas, Lululemon and Hermes, in partnership with biotechnology startups Bolt Threads and MycoWorks, say later this year you’ll be able to buy more products with leather made from another bio-based material that’s grown by recycling waste.

Mycelium is already on the market in the form of styrofoam-like packaging, “un-leather” handbags, flooring and sound-proofing acoustic panels. It’s also been experimentally used to build larger structures such as benches, coffins, composting toilets and even buildings.

But manufacturers are now aiming to scale up the products and applications made from mycelium, which they tout as a more sustainable substitute for petroleum-derived plastics such as styrofoam and vinyl, leather made with harsh chemicals from water-guzzling, methane-belching cows and even other bio-based materials such as cardboard and wood.