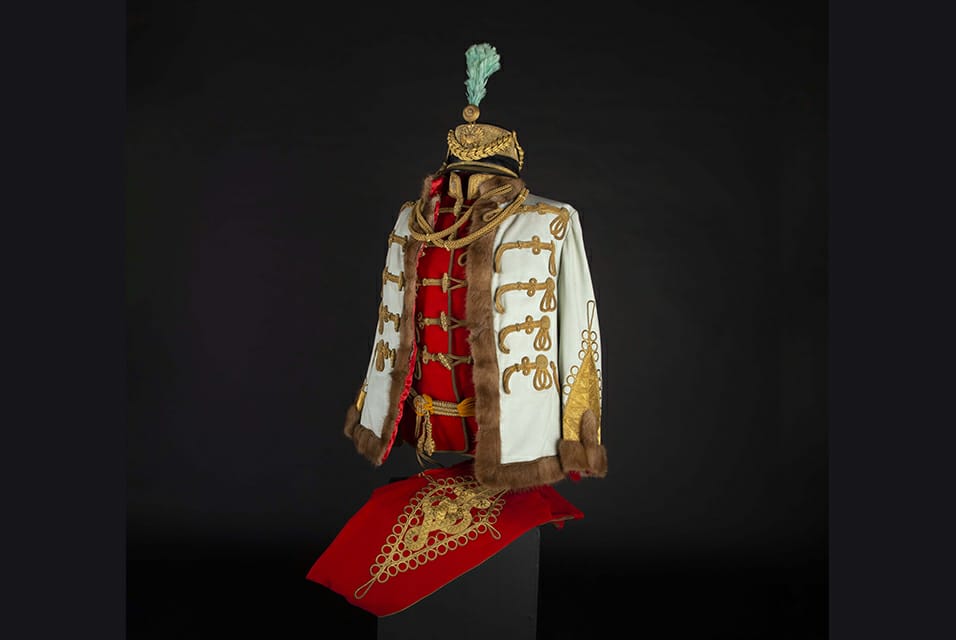 Large numbers of treasures from the personal possessions of crowned heads have long been offered in the auctions of Hermann Historica GmbH, where they attract widespread interest among museums and collectors. Objects from the intimate lives of the households of the Bavarian and Austrian court are particularly sought-after.

Once again, this year’s lineup will not disappoint. Buyers can look forward to fabulous garments, such as an exceptionally elegant salon gown in cream-coloured silk and matching lace that was once worn by Empress Elisabeth of Austria. Admired for her elegance, culture and slim figure, famously the result of her iron will, the gown was designed by the Munich seamstress Marie Braun to underline these very attributes. Made circa 1870/80, this matchless gown will delight a new owner for 4,500 euros. Dating from the same period, the catalogue also includes a stamped dressing table from her private chambers in Gödöllö castle with undeniably elegant lines, which may be acquired for 7,500 euros.

Ludwig II of Bavaria, the cousin and devoted supporter of Empress Sisi, was well-known for his opulent, highly exclusive gifts, which he generously bestowed on his close circle and loyal followers. One outstanding example is the pair of ivory opera glasses with gilt brass mounts, a Christmas present to his aide-de-camp Karl Theodor von Sauer in 1864, for which offers of at least 2,000 euros are welcome. Opening at 2,500 euros is a portrait photograph of Kaiser Wilhelm II, bearing a dedication in his own hand, complete with its ornate, fire-gilt frame.

Throughout history, ostentatious helmets and uniforms have accentuated the significance and status of the military. They indicated the wearer’s rank and his affiliation with a specific unit. Moreover, the frequently towering helmets were conceived to lend their wearer a particularly imposing appearance. The highly elaborate uniforms of the Hungarian hussars stand out in the military equipment section. Among them, the uniform made circa 1900 for an Austrian general of the cavalry in Hungarian gala adjustment is a veritable feast for the eyes and would grace any collection. The scarlet cloth of the attila is embellished with striking, gold cord lacing and embroidery, while the pelisse (a type of cloak) in a distinctive shade of white, trimmed with marten fur, is in immaculate condition. It comes with a shako for generals, covered in black cloth, finished with a gilt lanyard with its double-headed eagle and a green plume. This noteworthy ensemble is now expected to change hands for 11,000 euros. Next up, the owner of this helmet, caparison and dispatch case dating from 1910 served as aide-de-camp to the Prince of Lippe. Like all the other items, the remarkably rare helmet – even marked with the wearer’s name – bears the characteristic Lippe rose. Bids from 25,000 euros are now invited for these rare items from the military history of the Principality of Lippe, which only lasted for a few decades.