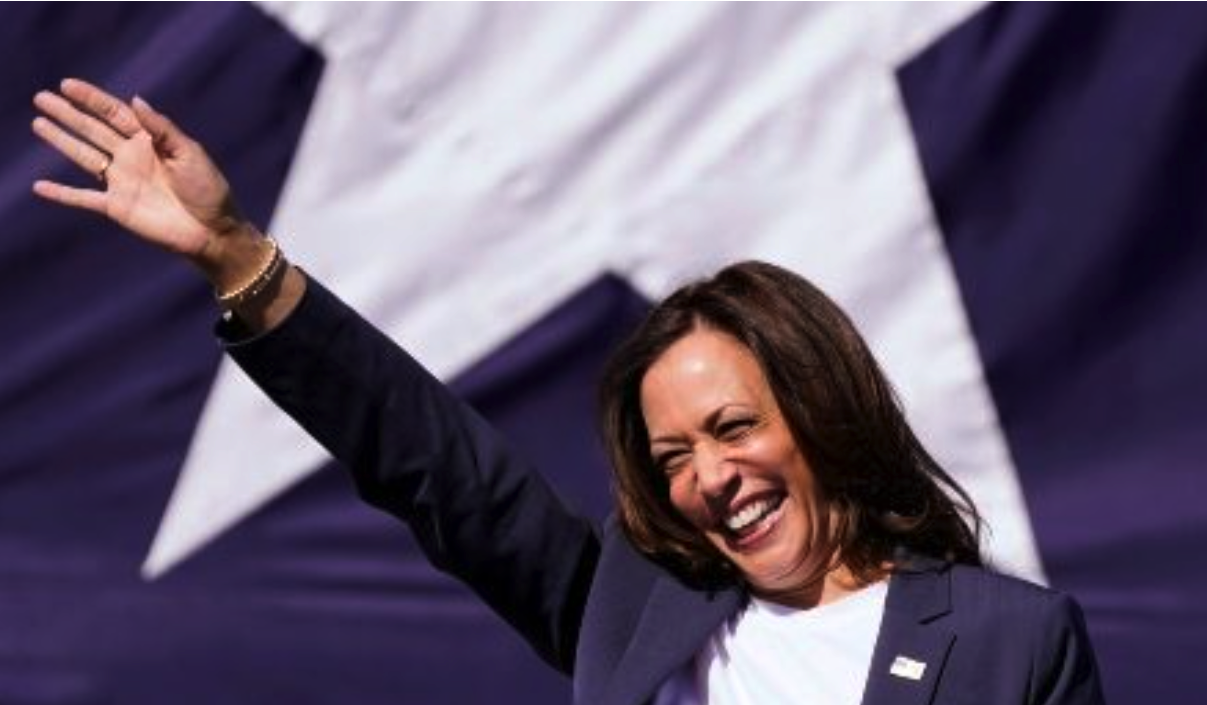 The inauguration of Joe Biden and Kamala Harris next week will be like no other because of the pandemic and political unrest, and some hope it will also be the first ceremony with the Vice President wearing traditional Indian dress.

“For some in Asian American communities, the prospect of the nation’s first Black and South Asian Vice President wearing a traditional sari at any of the inauguration events — even if the celebrations are largely virtual — has offered a glimmer of positivity amid the tumult,” CNN reported.

It would not be the first time, however, that some have called for Harris to dress as her Indian mother does — it was suggested that she do so during her own campaign for president in 2019, according to the news outlet:

At an event hosted by Asian American group, One APIA Nevada, an audience member lightheartedly asked Harris if she would commit to wearing the traditional Indian garment to her inauguration if she were elected president. “Let’s first win,” Harris said, smiling. “My mother raised us with a very strong appreciation for our cultural background and pride. Celebrations that we all participate in regardless of how our last name is spelled. It’s the beauty of who we are as a nation.”

The sari, which holds thousands of years of cultural significance within its 6 yards, is ubiquitous in India, where Harris’ mother lived before immigrating to the US. With the world watching, wearing one could be a powerful symbol of how the Biden-Harris administration intends to lead America and better represent minorities.

“I wouldn’t be surprised if we see her show up to the inauguration ball in a beautifully woven Banarsi sari,” fashion designer Bibhu Mohapatra said in a phone interview. “I think she understands the power of that image.”

It is not clear if there will even be a ball at this year’s ceremony, but CNN said Harris has already made a statement by what she wore at a November event.

“Her white pantsuit and pussy bow blouse referenced the suffrage movement that fought for women’s voting rights, evoking generations of groundbreaking female politicians that came before her,” CNN reported.

There is a photo of Harris wearing a sari in an old photograph that is being circulated on social media,

“It immediately brought to me an instant connection to my South Asian roots,” Mohapatra said, “I’ve always seen (Harris) as a strong person with a dynamic career. I’d known of her accomplishments and the contributions she has made to our nation, but that image of her in a sari made her familiar to me. I felt like she could be a part of my family, or a good friend, talking to me in my kitchen.”

Designer Prabal Gurungn designed the pantsuit Harris wore to accept the nomination for Vice President at the Democratic National Convention and having Harris in the White House is pleasing to the Nepalese American designer.

“As a minority, you grow up and don’t see many people in the media, entertainment, or positions of power that look like you,” he said in an email interview. “(Her win) means that women and marginalized people can now look to the highest office in the country, and see someone that looks like them. It opens up the door for so many to dream the biggest they can and know that it is possible to attain it.”

CNN even hinted at the expected globalist worldview of a Biden-Harris administration.

“Beyond America’s shores, it would signal a more globally-minded administration to the rest of the world, according to designer Naeem Khan, who dressed First Lady Michelle Obama 28 times during her tenure at the White House,” CNN reported.

“Having Vice President Harris in the White House changes the whole point of view,” Khan said in a phone interview. “She’s half South Asian. I feel that opens up things globally, because Pakistan, India, Bangladesh….those countries are going to look at America in a whole different way.”

CNN called the picture of a young Harris in a sari “inspiring” and said if she wears one on January 20 it could be “groundbreaking.”

IcIonic fashion designer Satya Paul passed away at 79 in Coimbatore

Add Glamor To Your Fusion Look With These Traditional Jewelery

The Single Most Important Thing You Need To Know About Success