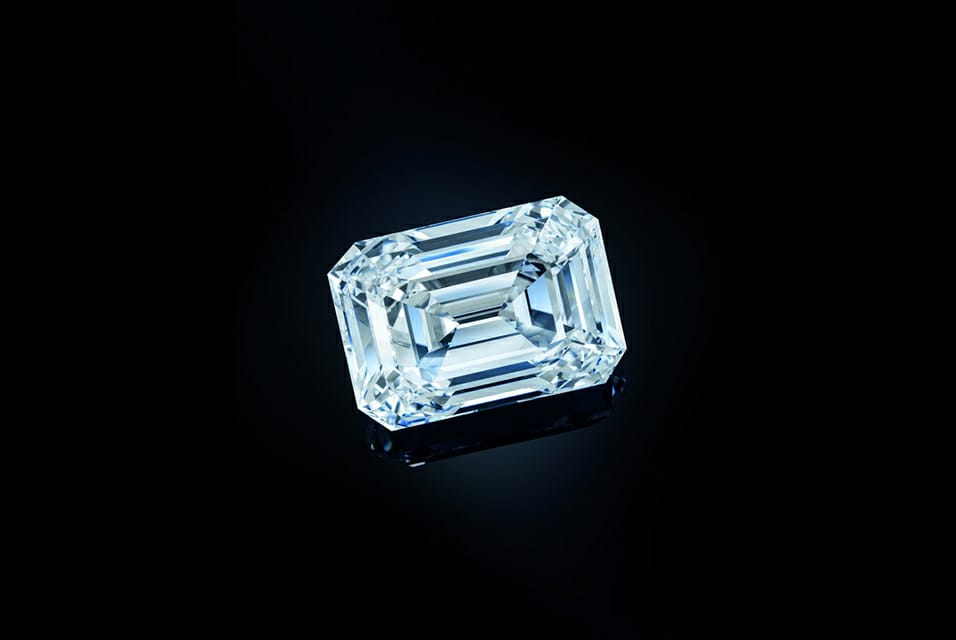 The diamond was cut from a rare 207.29 carat rough stone. The incredible size and impeccable quality made the rough diamond extremely unusual and valuable. It was unearthed in 2016 at Zarnitsa kimberlite pipe in the Sakha Republic (Yakutia) in the northeast of Russia, the first-ever diamond deposit discovered in Soviet Russia in 1954.

This exceptional diamond is graded D-colour, the very best grading available for a diamond.

In 1953 the first clarity scale by which diamonds would be graded was introduced. During the 1970s, the Internally Flawless grade was added. This grading gave diamond manufacturers a choice to leave traces of nature on the surface of the stone, and achieve a grade higher than VVS1.

The preparation and cutting process, which took one year and eight months, was performed at the “Diamonds of Alrosa” cutting factory in Moscow. The emerald shape was chosen as it presented the perfect geometry of the diamond. Emerald cut is incompatible with any imperfections, as it allows the observer to gaze endlessly into the clear, unobstructed depths of the gem. It requires the initial diamond to be perfect.

The 100.94 carats Spectacle diamond is the largest stone ever to have been cut in Russia.

Over the past 10 years Christie’s has offered two other spectacular D-colour diamonds at auction, both in Geneva, during the house’s Magnificent Jewels sales.

The only one high-end designers bag you need this season

Zoom Shirts Are Out. Zoom Fashion Is In….!