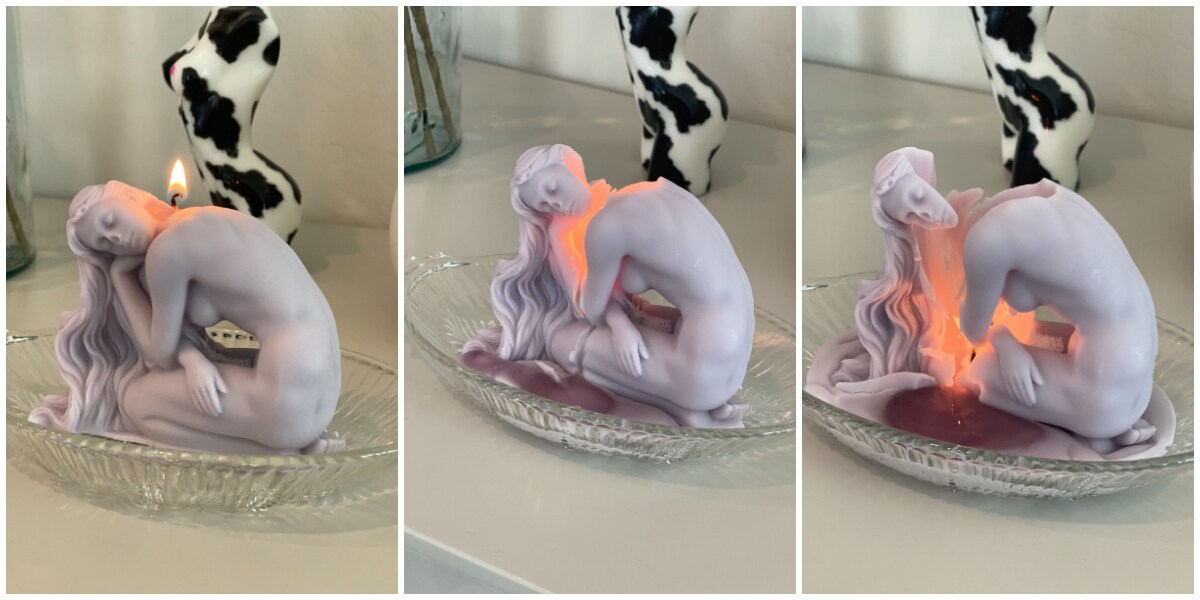 A young lady has left many on social with mixed feelings after setting her sculpture on fire and watched as it burned – She said she had mistakenly broken the nose of the candle sculpture and decided to destroy it completely – Many thought the pictures capturing the stages of the burning sculpture will make a good album cover. A Twitter user has sparked massive reactions and social media engagement adter carrying a weird act on her sculpture. The lady @kaitlynxwallace took to Twitter to share photos of an amazing female sculpture but was being burnt by a candle lit on it.

Young man uses pencil to draw exact image of his client, shares photos, many praise him Lady causes uproar on Twitter as she set s her candle sculpture on fire Photo she had accidentally broken the nose of the female sculpture she made using candles and thought it best to light it up. She wrote: “Accidentally broke her nose so I decided to light her to see how she burns.” As of time of making this report, her tweet had garnered over 467k love reactions and multiple comments.

Now learn how to make gujarati Fafda at home !

The return of miniskirts and Hood By Air : What's in fashion ?