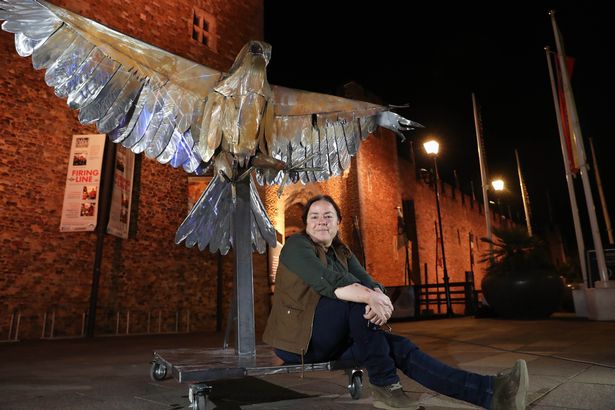 The sculpture is made entirely from eco-friendly resources
A huge sculpture of a Welsh bird has appeared outside Cardiff Castle.

The red kite sculpture, made from eco-friendly resources, is part of a campaign by RSPB Cymru calling for a greener future for Wales.

The charity said the bird was chosen to symbolise the revival of one of Wales’ most notable and loved birds.

Despite the bird being prominent in the UK for centuries, hunting led to a decline in numbers. However in Wales, over the past 30 years, there has been a huge increase in numbers. The RSPB said this represents a “beacon of hope” that the natural world can be revived.

RSPB are calling for the next Welsh Government to implement a “green recovery” to tackle the nature and climate emergency.

How many Tyrannosaurus Rexes ever lived on Earth? Here's a new clue