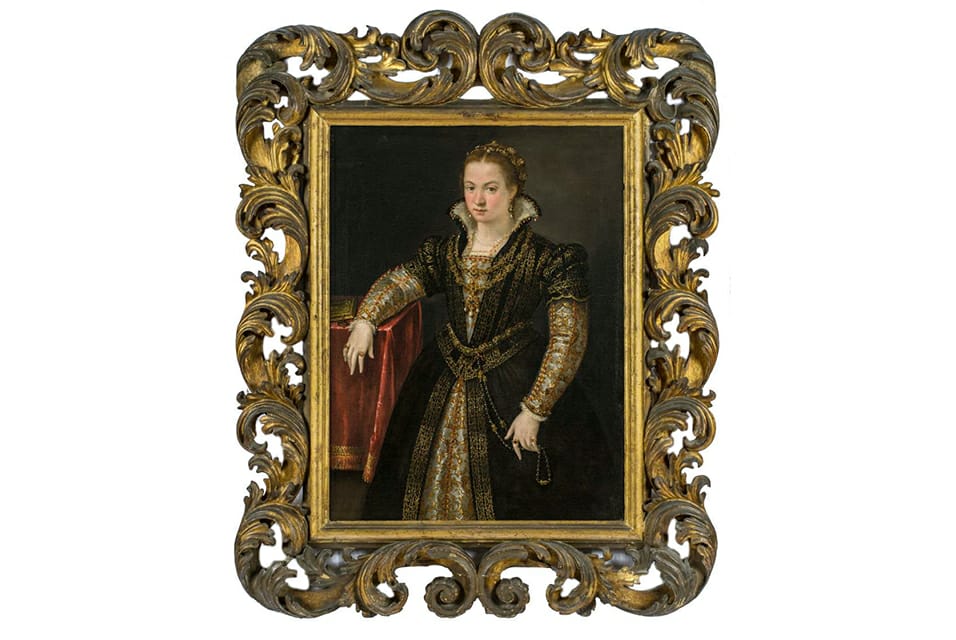 The Virginia Museum of Fine Arts announced their recent acquisition of Portrait of a Lady (1585) by Lavinia Fontana (1552-1614), a celebrated woman artist from Bologna.

“Lavinia Fontana was a pioneer during her lifetime. The discovery and acquisition of this piece elevates VMFA’s collection of late Renaissance art,” says Alex Nyerges, VMFA’s CEO and Director. “Her work demonstrates the significant yet often unrecognized artistic contributions women have made throughout history.”

Fontana was one of the first women artists in Italy to work alongside her male colleagues. Owing to her talent and business acumen, she later became a trailblazer in her role as head of a successful studio. As early as the 1580s, Fontana’s portraiture was highly favored among Bolognese noble families. In the early 1600s, she moved to Rome where she became a painter at the papal court.

Best known for her portraits, Fontana was a renowned painter of the Mannerism movement during the Late Renaissance period. Her paintings reflect a maturation of the conventions of the Mannerist style and she plays an important role in the chapter of art history following the High Renaissance and immediately preceding the Baroque period. Despite the superficial naturalism that this portrait presents at first glance, the artist has cleverly manipulated the dimensions within the composition by subtly exaggerating the proportions of her sitter’s costume to give it a monumental aspect. The effect is magnified by the way that Fontana flattens the obscure background with its curiously positioned table, making the figure stand out in stark relief while simultaneously creating an image that is both spiritually intense and enigmatic. These contrivances, all of which are typical of earlier Mannerist artists such as Veronese and Tintoretto, allowed Fontana to create elegant compositions that flaunted her technical virtuosity.