Home > Art > Sculpture > This Wooden Sculpture Is Twice as Old as Stonehenge and the Pyramids! 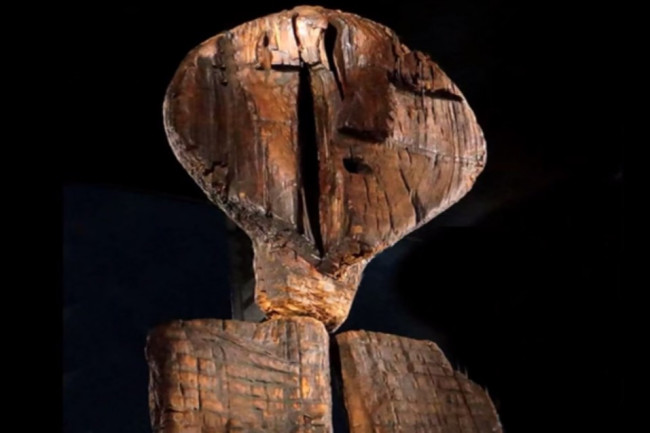 This Wooden Sculpture Is Twice as Old as Stonehenge and the Pyramids!

New findings about the 12,500-year-old Shigir Idol have major implications for the study of prehistory
A selection of carved wooden faces and pieces of orange-ish wood carved with geometric patterns
Hunter-gatherers in what is now Russia likely viewed the wooden sculpture as an artwork imbued with ritual significance. (Sverdlovsk Regional Museum)

Gold prospectors first discovered the so-called Shigir Idol at the bottom of a peat bog in Russia’s Ural mountain range in 1890. The unique object—a nine-foot-tall totem pole composed of ten wooden fragments carved with expressive faces, eyes and limbs and decorated with geometric patterns—represents the oldest known surviving work of wooden ritual art in the world.

More than a century after its discovery, archaeologists continue to uncover surprises about this astonishing artifact. As Thomas Terberger, a scholar of prehistory at Göttingen University in Germany, and his colleagues wrote in the journal Quaternary International in January, new research suggests the sculpture is 900 years older than previously thought.