Home > Art > Paintings > The courtroom sketch: A piece of history, and art 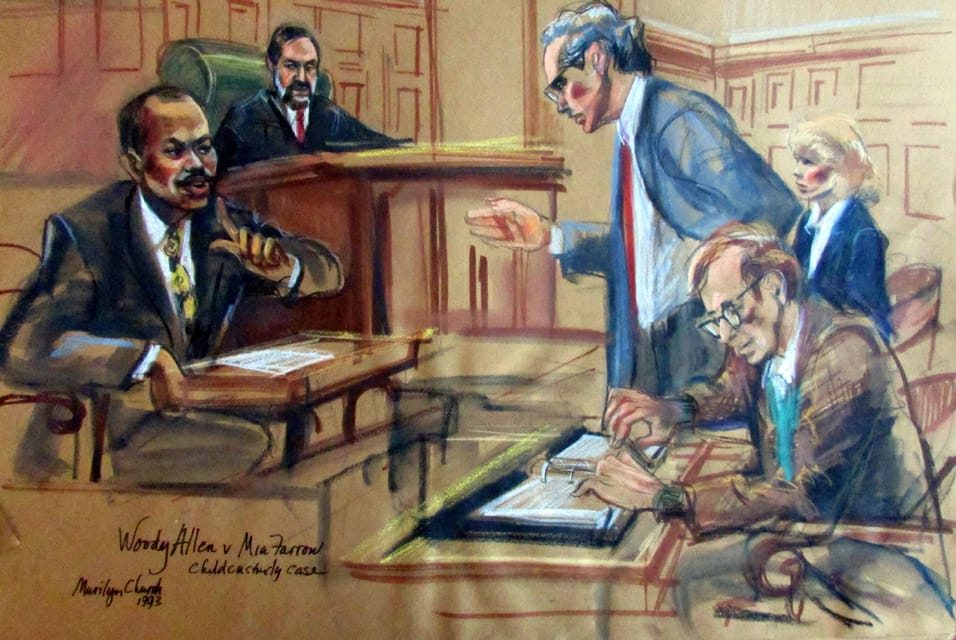 Sitting in a New York City courtroom in 1993, Marilyn Church unpacked her crayons and paper and patiently waited for the right moment to illustrate. As a courtroom sketch artist, she was used to jockeying for a good vantage point. This time, she was lucky to be seated in an empty jury box, giving her a clear view of both Mia Farrow and Woody Allen during a hearing in their child custody dispute.

Working at a fast pace, Church said she faced pressure from news media outlets outside the courtroom waiting to get her drawings, as well as pressure to capture the likeness of the two celebrities.

“It’s high anxiety,” she said. “You also have to be careful not to get wrapped up in the very disturbing stuff you’re hearing.”

Although some jurisdictions in the United States allow electronic media coverage of criminal proceedings, it has been prohibited in federal courts since 1946. As such, the Library of Congress has long recognized the value of the images produced by courtroom sketch artists.

In February, the library announced that it had acquired 269 sketches from the trials of the Los Angeles police officers who were involved in the beating of Rodney King in 1991. The sketches, by artist Mary Chaney, add to the library’s collection of about 12,500 drawings, the earliest of which are from the 1924 trial in Germany following the so-called Beer Hall Putsch, when Hitler and members of the new Nazi Party attempted a coup.

“The opportunity to acquire Rodney King is really important to me because it’s such a seminal moment in American history,” said Sara Duke, a curator at the Library of Congress. “Here was the first time that brutal law enforcement was captured on video. It truly shocked the nation.”

The library’s holdings also include more than 4,500 sketches by Church, who over a nearly 50-year career has illustrated dozens of high-profile cases, including the trials of Martha Stewart, rapper Tupac Shakur and serial killer David Berkowitz, known as Son of Sam.

Her work has also been purchased by companies including IBM and Disney, as well as by those in the legal profession, she said.

While the Library of Congress and organizations like the Smithsonian Institution collect courtroom sketches for their historical value, some art enthusiasts see such pieces as an investment.