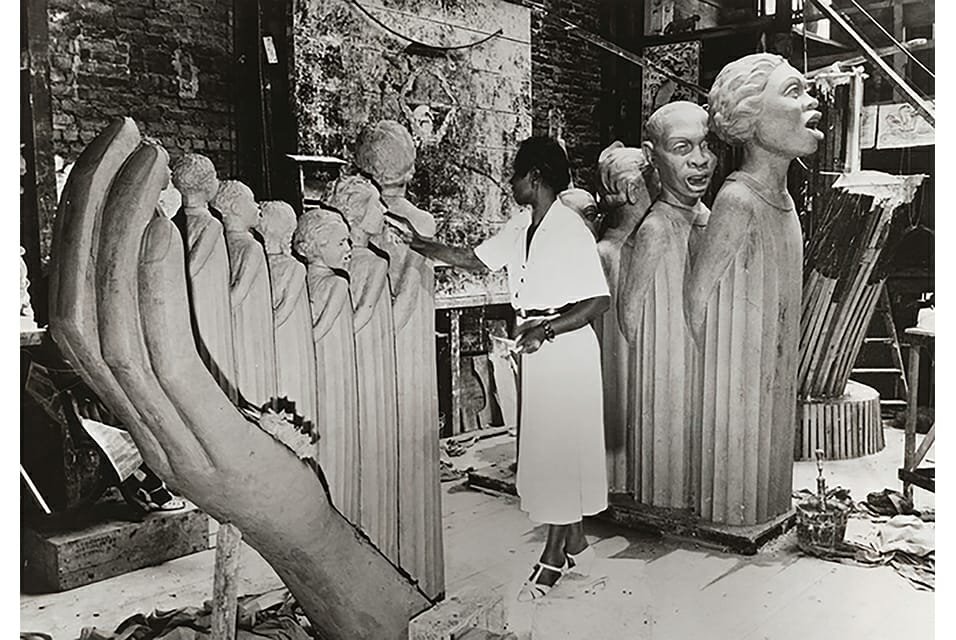 In 1937, sculptor Augusta Savage was commissioned to create a sculpture that would appear at the 1939 New York World’s Fair in Queens, New York. Savage was one of only four women, and the only Black artist, to receive a commission for the fair. In her studio in Harlem, she created “Lift Every Voice and Sing,” a 16-foot sculpture cast in plaster and inspired by the song of the same name — often called the Black national anthem — written by her friend, James Weldon Johnson, who had died in 1938.

The sculpture was renamed “The Harp” by World’s Fair organizers and exhibited alongside work by renowned artists from around the world, including Willem de Kooning and Salvador Dalí. Press reports detail how well the piece was received by visitors, and it’s been speculated that it was among the most photographed sculptures at the Fair.

But when the World’s Fair ended, Savage could not afford to cast “The Harp” in bronze, or even pay for the plaster version to be shipped or stored, so her monumental work, like many temporary works on display at the Fair, was destroyed.

The story of the commission and destruction of “The Harp” and its eventual fate is a microcosm of the challenges Savage faced — and the ones Black artists dealt with at the time and are still dealing with today. Savage was an important artist held back not by talent but by financial limitations and sociocultural barriers. Most of Savage’s work has been lost or destroyed but today, a century after she arrived in New York City at the height of the Harlem Renaissance, her work, and her plight, still resonate.

“Imagine the power of somebody looking at ‘The Harp’ in its sort of monumental size for the last 70 years,” Niama Safia Sandy, a curator and visiting assistant professor at Pratt Institute, said. “What could that have changed?”

Christie's results: More than €9 million achieved for the "From Caillebotte to Calder" private collection