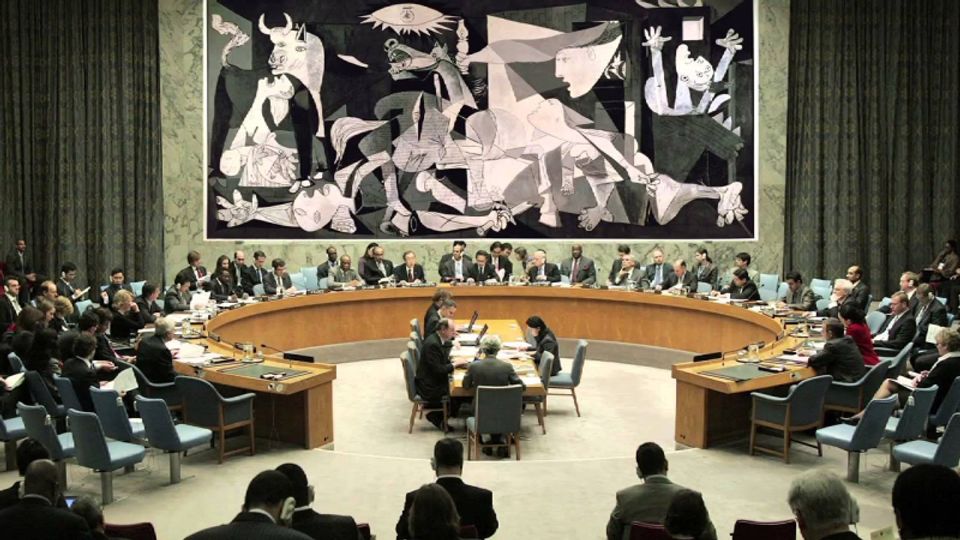 A tapestry depicting Picasso’s epic painting Guernica, which for 35 years had hung outside the entrance to the Security Council at the United Nations (UN) headquarters in New York, has been removed and returned to its owners, the Rockefeller family.

The work was commissioned in 1955 by the diplomat and philanthropist Nelson A. Rockefeller, who requested the Atelier J. de la Baume-Durrbach to weave him a copy of Picasso’s famous 1935 anti-war work, created as a reaction to the Nazi bombing of the Spanish town of Guernica. Reportedly, Rockefeller was driven to do so after Picasso refused to sell him the original. Rockefeller lent the tapestry to the UN in 1984 and it was unveiled on 13 September the following year.

However, according to a letter sent from the UN’s Chef de Cabinet Maria Luiza Ribeiro Viotti to the Security Council’s president, Rockefeller’s son, Nelson A. Rockefeller, Jr, “recently notified the UN of his intention to retrieve it” and the tapestry was returned to him earlier this month.

“I feel sad and a strange sense of loss looking at the empty wall that was recently graced by this tapestry,” says Stéphane Dujarric, the spokesman for the UN Secretary-General, in a statement shared with The Art Newspaper. “It was not only a moving reminder of the horrors of war but, because of where it stood, it was also a witness to so much of the history that unfolded outside of the Security Council since 1985.”

“I can tell you that the Secretary-General and others in the Secretariat made a real effort to keep it here, but we were not successful,” he adds.
In the letter, Viotti said the United Nations Arts Committee would review options for new art to be displayed outside the chamber.

From the Runway to Instagram, These Models Are Making Fashion History !