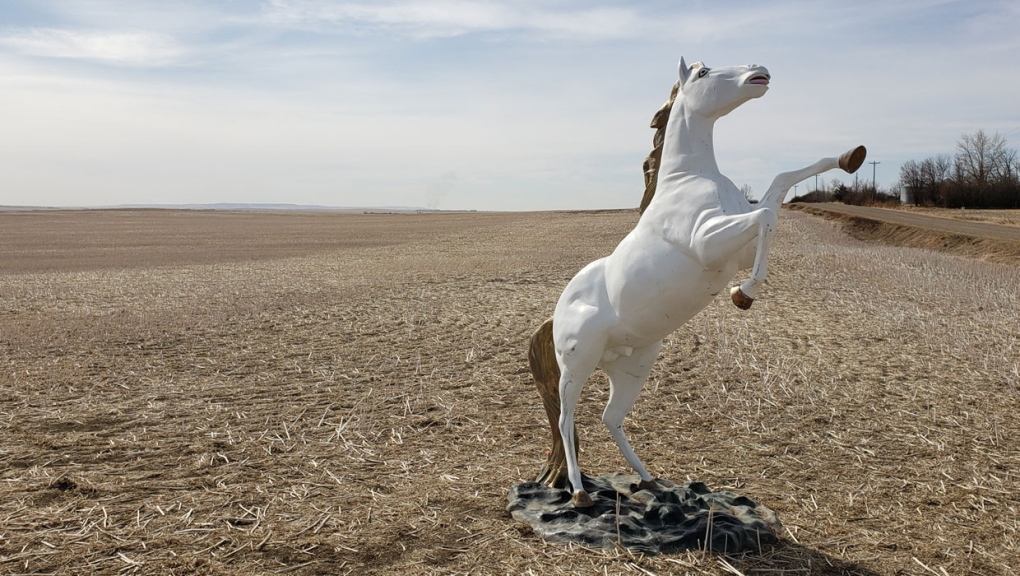 A unicorn statue, taken from the community of Delia, Alta. on Friday, was found Saturday morning in a field 15 kilometres away. (Supplied)

A massive steel unicorn statue that went missing from a southern Alberta business Friday has been located, but Mounties are still searching for whoever is behind the crime.

Drumheller RCMP were first notified about the incident at 10:20 a.m. on April 16, when a business in Delia, Alta. reported that someone had taken a large steel unicorn statue worth approximately $10,000.

Officials say it was taken sometime between 1 a.m. and 5:30 a.m. after
suspects drove a large utility truck into the community, loaded the unicorn into it and left the scene.

At 9 a.m. on Saturday, police say the missing unicorn was located in a field 15 kilometres away in Starland County.

Unfortunately the statue, known to Delia residents as “Morgan”, was damaged in the process – its bronze-coloured horn was broken off.

RCMP have enlisted the help of its Forensic Identification Services, but have not identified any suspects so far.

Balmain Launches a Collaboration with Maluma