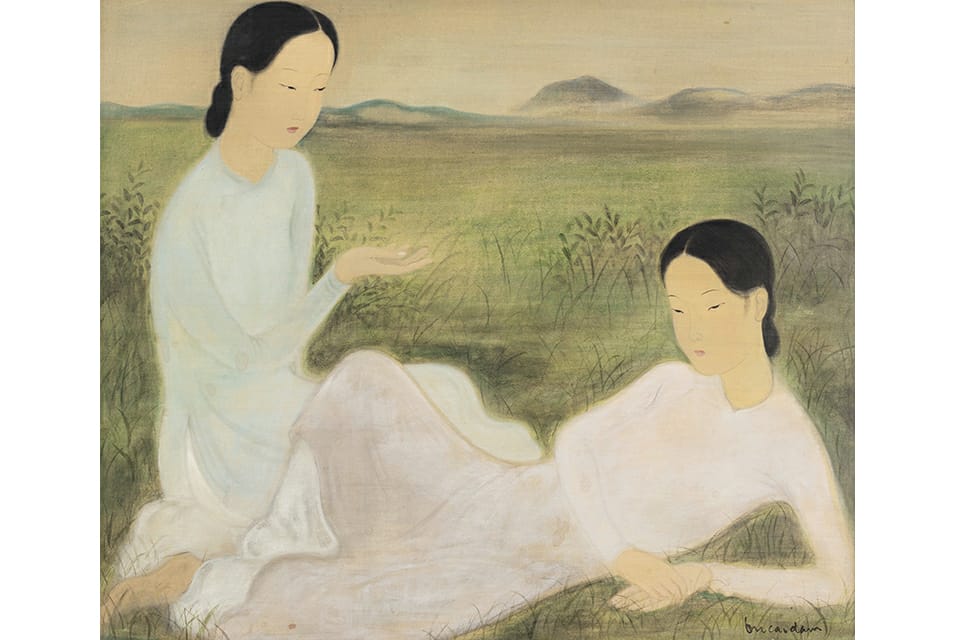 This spring, Sotheby’s will present a remarkable single owner grouping Les Souvenirs d’Indochine: The Madame Dothi Dumonteil Collection, which brings together four rare and exquisite works from the golden age of Vietnamese Modern art. The collection will be offered at the Modern Art Evening Sale on 18 April. Led by Mai Trung Thu’s Portrait of Mademoiselle Phuong, the collection features works by pioneering artists who established a new canon of Vietnamese art, elevating traditional crafts and mediums to modern forms of expression.

Painted in 1930, Portrait of Mademoiselle Phuong stands as one of the most significant works by the artist to ever appear at auction – an extremely rare oil painting which was one of the few pieces selected for the 1931 Exposition Coloniale Internationale in Paris, and was featured in the iconic 1993 film The Scent of Green Papaya (Mùi đu đủ xanh/L’Odeur de la papaye verte).

The collection also includes masterpieces by Vu Cao Dam and Pham Hau, each presenting an alluring mélange of French, Vietnamese and Chinese influences as well as nostalgia for Vietnam. The late Mrs. Dothi Dumonteil and her husband, Pierre Dumonteil acquired these works after Mrs. Dumonteil migrated to France as a child and established her career as a couture model for Yves Saint Laurant and co-founder of Galerie Dumonteil.

In recent years, the Vietnamese fine art market has been in the spotlight with paintings commanding higher prices and a growing number of talented artists emerging on the global stage. Since the country opened its economy in 1986, artworks by Vietnamese artists had begun to attract an international audience and Sotheby’s has played an instrumental role in increasing recognition to some of the nation’s greatest artists. In 2020, performance of works by Vietnamese artists was particularly exceptional at Sotheby’s Hong Kong, with Mai Trung Thu’s auction record being set consecutively in the Spring and Autumn sales, and works by many other artistssold for prices in multiples of their pre-sale estimates.

Fashion And Leather Goods Division Accounted For 86.5% Of LVMH 2020 Profit