Home > Art > Sculpture > The miniature Sculpture of a bird was Carved 13,500 years ago 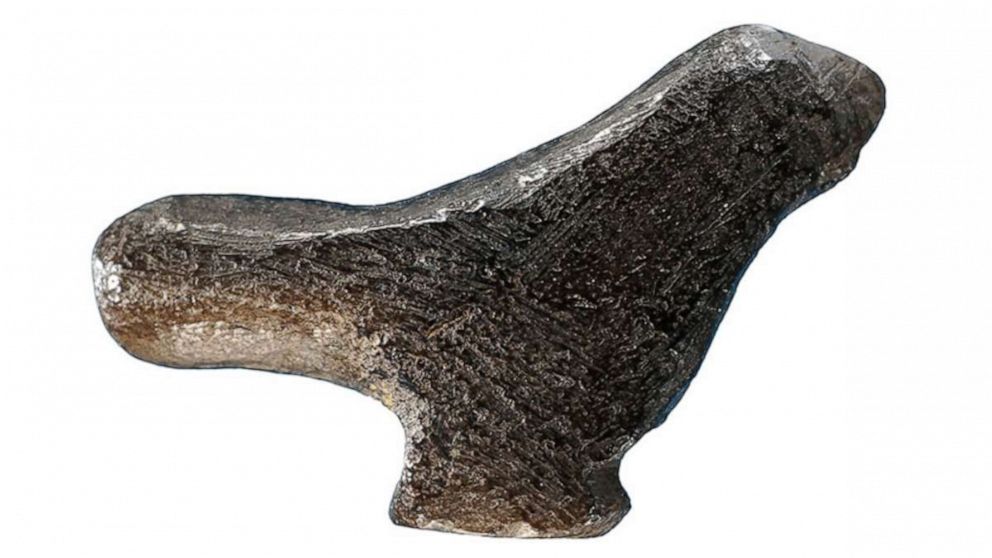 A miniature bird statue carved out of burnt bone has been unearthed by archaeologists in Lingjing, China. At over 13,000 years it is believed to be the oldest East Asian work of art ever found.

Humans have been creating sculptures since the Upper Paleolithic period (50,000 to 12,000 years ago), the earliest being a lion-headed human carved from mammoth tusk found in German caves, dating back 35,000-40,000 years.

This bird figurine shows that sculpture was emerging independently in East Asia during the same period.

Discovered by a team of archaeologists led by Prof Francesco d’Errico at the University of Bordeaux, France, the 2cm-long bird is incredibly well-preserved, with a short neck, rounded bill and long tail, and a pedestal so that it can stand up.

The sculpture is thought to represent a ‘passerine’ – a diverse group of birds that includes the sparrows, finches and thrushes.

The researchers analysed the bird using microscopy and X-ray scanning, determining that it was carved from a mammal limb bone that had been blackened by heating.

“Our analysis reveals that the Lingjing artist has chosen the appropriate techniques and applied them skillfully to faithfully reproduce the distinct anatomical features of a passerine,” they write.

“The style of this diminutive representation is original and remarkably different from all other known Paleolithic avian figurines.”