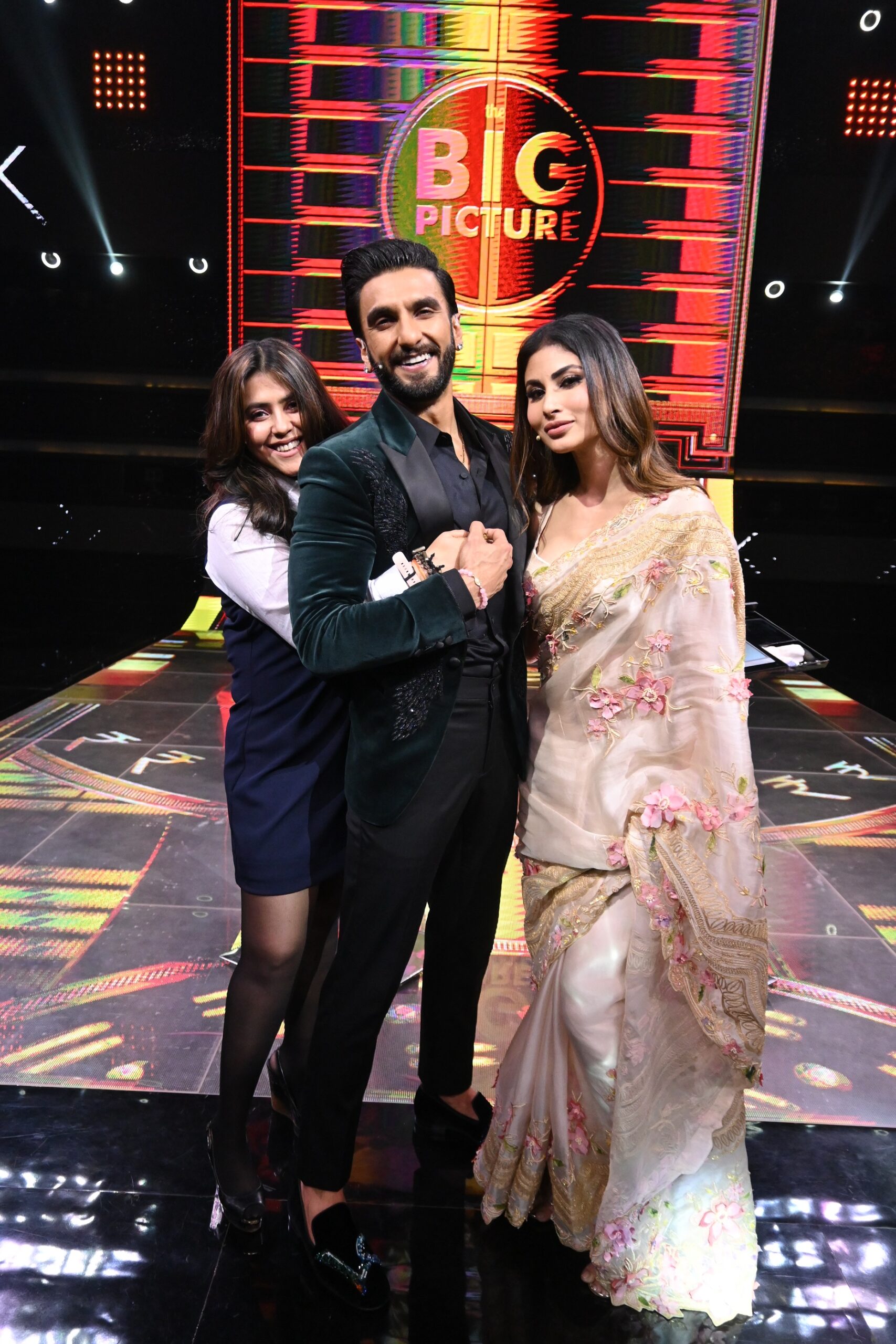 Superstar, Ranveer Singh may have once given many auditions in his career; but for the first time, viewers will witness him giving an audition for the popular role of ‘Naag’ on COLORS’ ‘The Big Picture’! This weekend the super-energetic host is set to welcome television Czarina Ekta Kapoor and ‘Naagin’ star Mouni Roy.

Speaking  about Ekta Kapoor’s super hit show ‘Naagin’, Ranveer asks her why she hasn’t made any show focusing on male snakes!  She responds , “Mujhe koi handsome naag dikhta hi nahi.” Ranveer jumps at the opportunity to auditions for the role of ‘Naagraj’ right there on the stage! “Main prove karunga ki mere andar naag banne ka potential hai!”, he says. Ranveer then sports a serpent look and even performs the famous ‘Naagin dance’ while everyone cheers for him!

While all were enjoying the fun moments on the set, the OG naagin, Mouni Roy admits that despite playing a ‘Naagin’ on screen, she is petrified of snakes in real life. Well, guess the viewers didn’t see such a revelation coming their way!

Keep watching COLORS’ ‘The Big Picture’ presented by BYJU’S & CoinSwitch, powered by Kotak Mahindra Bank & Cadbury Dairy Milk every Saturday and Sunday at 8 pm, only on COLORS and Voot!

Can't we get divine power that is God along with all worldly desires?

The real divine life is – fearlessness and freedom