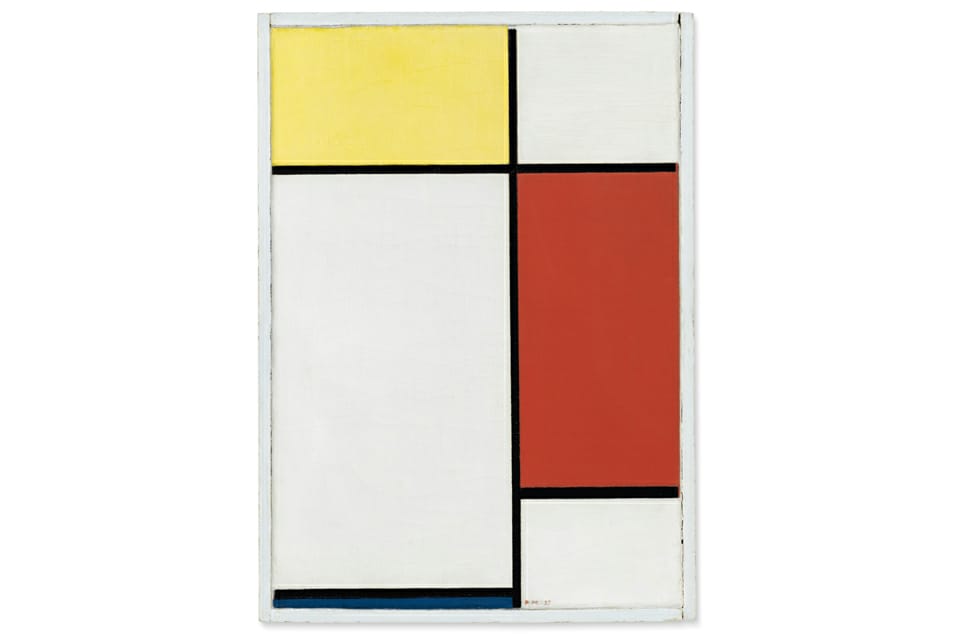 Christie’s announced the inclusion of Piet Mondrian’s Composition: No. II, with Yellow, Red and Blue, 1927 in it’s upcoming, newly-introduced 20th Century Evening Sale at Christie’s New York on May 11, 2021 (estimate on request; in the region of US$25M). The painting is a rare and exceptional example of the artist’s revolutionary abstract aesthetic, made during a pivotal time in his career.

Composition: No. II, with Yellow, Red and Blue will be unveiled for viewing at Christie’s Hong Kong from April 12-14 and at Christie’s London April 20-22 before returning to New York for the full exhibition of May sales property at Rockefeller Center in May. In Hong Kong, this modern masterpiece will be exhibited alongside Claude Monet’s Waterloo Bridge, effet de brouillard, 1899-1903, (estimate in the region of US$35 million) and Pablo Picasso’s iconic portrait Femme assise près d’une fenêtre (Marie-Thérèse), 30 October 1932 (estimate in the region of US$55 million). All three masterpieces of the 20th Century will be offered in Christie’s inaugural 20/21 spring auction series in New York.

Throughout the 1920’s, Mondrian pioneered and explored Neo-Plasticism, developing and refining the principles of abstract art by employing only the fundamental elements of painting. Dating to the latter part of the decade, Composition: No. II, with Yellow, Red and Blue encapsulates the spirit of Mondrian’s “classical period” at which point he attained a peak level of purity and balance in his paintings.