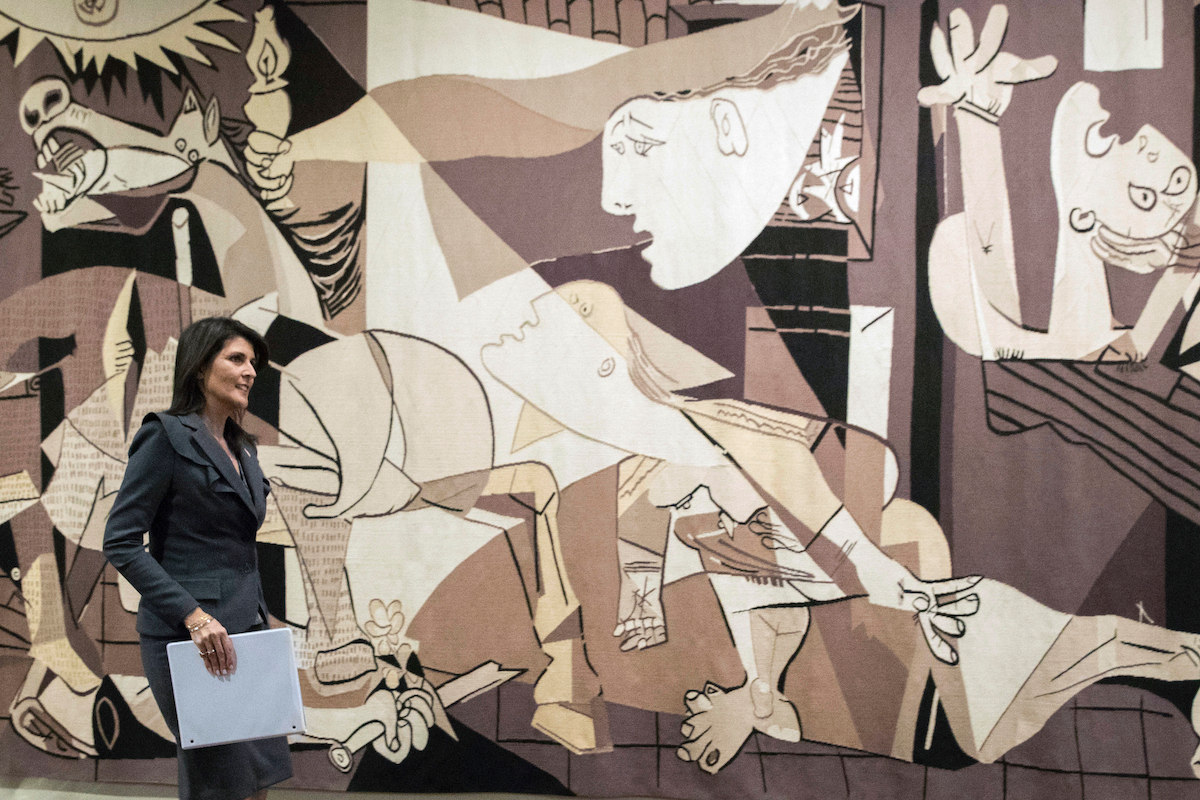 Picasso’s Guernica tapestry at the U.N.
Since 1984, New Yorkers didn’t have to travel far to see Pablo Picasso’s Guernica—or, at least, a version of it. For years, the replica of Picasso’s masterpiece held by the Museo Reina Sofía in Madrid had been on view outside the United Nations Security Council. But that is no longer the case, now that the work’s owner, Nelson A. Rockefeller, Jr., has requested its return.

The Associated Press reports that Rockefeller—the son of former U.S. vice president and New York governor Nelson Rockefeller, who commissioned the Picasso tapestry—has asked for an end to the loan after 36 years. The U.N.’s art committee is now reportedly considering new options to replace the work.

In a letter obtained by AP, Maria Luiza Viotti, chief of staff of U.N. secretary-general Antonio Gutierres, wrote, “Mr. Nelson A. Rockefeller, Jr., who owns the Guernica tapestry, recently notified the United Nations of his intention to retrieve it. Following his notification, the tapestry was returned to Mr. Rockefeller earlier this month.”

Picasso’s painted version of Guernica is considered one of his most iconic artworks, and it was made as a response to the horrors wrought by the Nazi aerial bombing of a Basque town. The epic 25-foot-long canvas has become a symbol of anti-war causes of all kinds, and was used a protest image by activists during the Vietnam War.

Nelson Rockefeller commissioned the tapestry version in 1955. It has become a key artwork within the U.N., and in 2003, it was famously covered while former U.S. Secretary of State Colin Powell gave a presentation on the war against Iraq. In 2009, the work made a rare voyage abroad for the reopening of the Whitechapel Gallery in London.