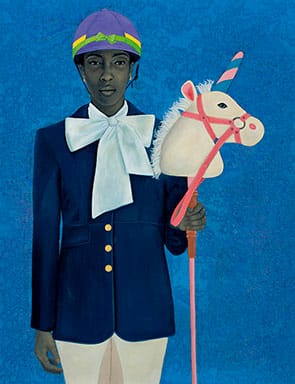 Phillips is pleased to announce the inaugural sale dates for the company’s new headquarters in New York at 432 Park Avenue. The state-of-the-art galleries and saleroom will open with the exhibition of 20th Century & Contemporary Art, leading upto the auctions on 23-24 June. The company has also announced the full live auction calendar for Spring 2021, along with highlights from the 20th Century & Contemporary Art Salesin New York.

Edward Dolman, Phillips’ Chief Executive Officer, said, “While2020 encouraged the world to embrace the digital frontier, in 2021, we look forward to reexamining the role of ourphysical spacewith the grand opening of Phillips at 432 Park Avenue. Phillips’ new headquarters are set to redefine the centuries-old auction experience with studioMDA’s innovativedesign. With the highly-anticipated inaugural sale in New York, the groundbreaking dual-location auctions to be hosted in association with Poly in Hong Kongand Beijing, and a string of tours around the globe, welook forward to promises of new beginnings and optimism for the season ahead, as the world begins to open up again.”

This June, Phillips will officially open its new Manhattan location at 432 Park Avenue, with the sales and exhibitions of 20th Century & Contemporary Art. Designed by studioMDA’s Markus Dochantschi, the gallery comprises over 35,000 square feet of concourse space featuring the grand auction room, exhibition galleries, viewing rooms and a VIP mezzanine. Visually connected to the public via the Park Avenue Cube at56th Street, the design breaks down the classical typology of the “auction behind closed doors,”inviting the public to witness the excitement of the auction experience.

Amongthe auction highlights from the 20thCentury & Contemporary Art Evening Sale to be debuted at the new location is Amy Sherald’sIt made sense…mostly in her mind.Phillips isdelightedto offer this singular workby Sherald after having achieved the world record for the artist most recently in December 2020 in New York.Bestknown for her life-sized portraits of quotidian African-American figuresset against flat, abstracted backgrounds, Sheraldcreates paintings that bridge reality and imagination.Anintimate and rare work in the artist’s oeuvre, It made sense…mostly in her mindis based on an autobiographical subject and displays a richly textured background seen in only few early paintingsfrom the artist’scareer. Painted in 2011,the work was previously on loan since 2012 at the National Museum ofWomen in the Artsin Washington, D.C.

Teeth Will Shine Like Pearls, Just Use This 5 Rupee Trick

IcIonic fashion designer Satya Paul passed away at 79 in Coimbatore