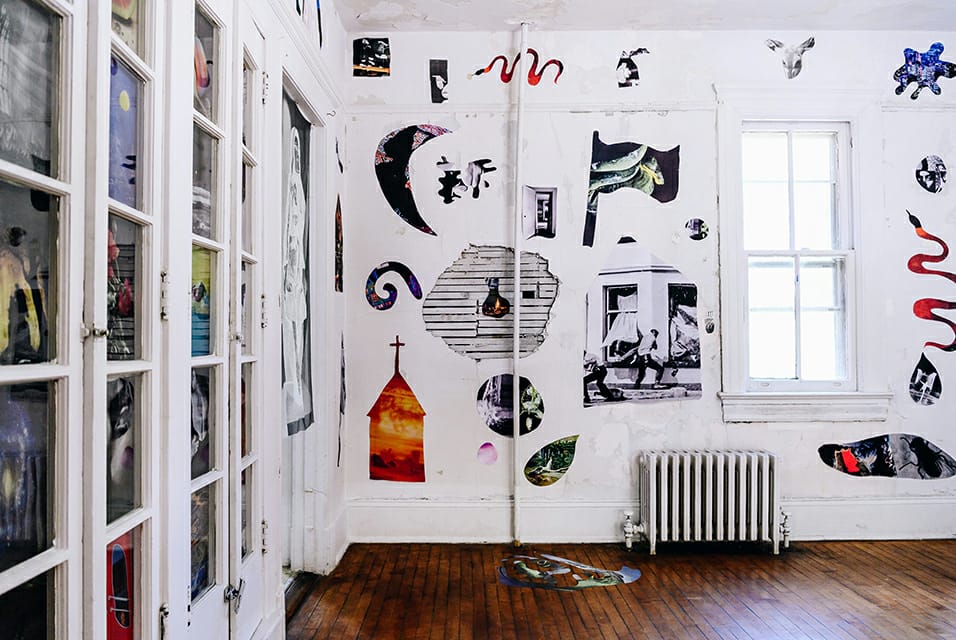 If you want respite from the moneyed, big-name glamour of some of your larger art fairs, you can, in one little trip, leave it all behind; see some relatively untrammeled parts of New York and also revisit the way that many things in the art world begin — that is, in a DIY, grassroots situation, when people take things into their own hands. If you want VIP services at this event, you’ll have to bring your own; snacks and fluids are recommended and of course sensible shoes. The VIP lounge is a huge greensward graced by tall, regal trees.

I refer to “NADA House 2021,” which opens Saturday on Governors Island in New York Harbor and runs through Aug. 1. It is not an art fair, technically, but it remains a lively, confab of art, artists, dealers and such organized by the New Art Dealers Alliance or NADA. To get there requires a short ferry ride from lower Manhattan or Brooklyn. (The Brooklyn ferry runs only on weekends right now.) An eight-minute walk — past Castle Williams, a circular red sandstone fortification from the early 19th century — brings you to Colonels Row, a string of stately brick officers’ residences. “NADA House 21” occupies five of them side by side, from 403 to 405 Colonels Row.

NADA was founded in 2002 by younger, mostly New York dealers, looking for mutual support and an art fair to call their own. In 2019 it staged a Gallery Open to coincide with Fair Week and its first “NADA House” show on Governors Island. COVID-19 caused the cancellation of the second Governors Island outing.

The current “NADA House 2021” is offering work by more than 100 artists from 66 galleries, curators and artist-run or alternative spaces from the United States and around the world. (Many of the names here may be pleasantly unfamiliar.)

It was still a work in progress when I visited twice this week, with rooms waiting for dealers or artists to show up. What is already there to see is enough to compel me to return to see what finally lands.

The art is everywhere, in front halls, kitchens and pantries, in rooms once used for living, dining and sleeping. A collective that calls itself Turn On has decorated all the light switches. These quirky interventions, which crop up frequently, are always a welcome sight.

Before you reach the houses, you may come across “Luna,” by Bill Saylor (of Magenta Plains gallery), an engaging outdoor sculpture that cleverly accommodates his improvisational painting style with a panoply of graffiti-like phantasms on five thick, white panels that converge like an eccentric kiosk.

On the porch of 405A, a big painting by Matthew Kirk (Fierman) may attract you with its field of drifting hieroglyphs and marks, some of which reflect Kirk’s Native American background. The canvas, which is two-sided, is raw and unstretched and held aloft by a wood support on a base of bricks, cinder blocks, grass and a snail.

As you approach House 403, you’ll hear “Isla a Isla” (Island to Island), six short pieces by sound artists and composers presented by Embajada, a gallery in San Juan, Puerto Rico, starting with a percussion piece by Eduardo F. Rosario that sounds like a well-tempered wind chime.

Couple who defaced $400,000 painting thought it was a public art project