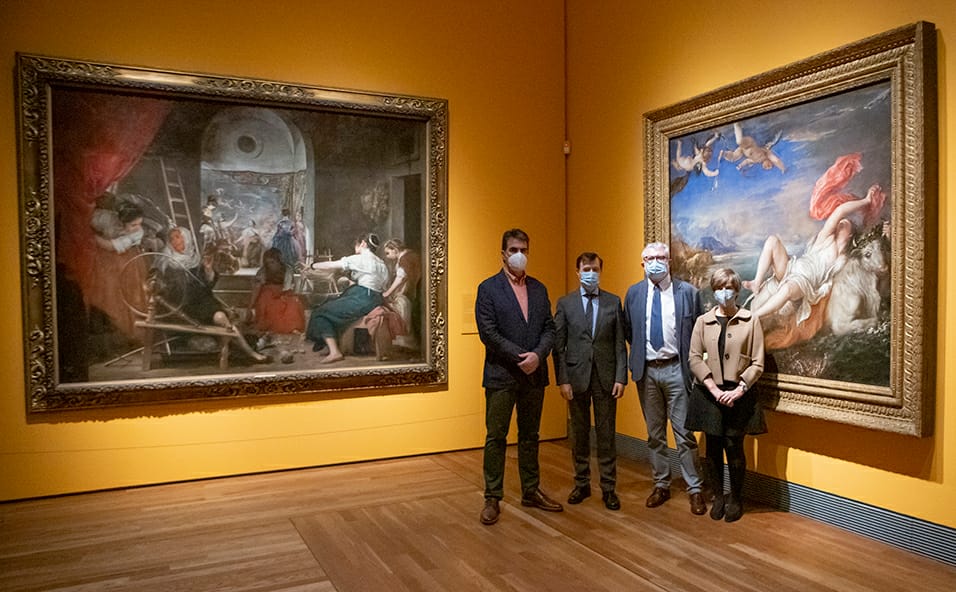 MADRID.- For Alejandro Vergara, Chief Curator of Flemish and Northern Schools Painting at the Museo del Prado: “Our intention with this exhibition is to come closer to ways of feeling and thinking learned from the classical writers which defined European culture in the 16th and 17th centuries. The idea that beauty, desire, love and sex are closely interconnected and that we are at their mercy, as with are with nature, is part of that culture.”

Mythological Passions offers an unrepeatable survey of mythological love through the work of the greatest representatives of European painting. In Greek and Roman mythology love, desire and beauty are closely interconnected and rule the lives of the gods and men. The texts that refer to those themes, including Homer’s Iliad and Odyssey, Ovid’s Metamorphoses and Virgil’s Aeneid, were highly esteemed by Renaissance and Baroque artists who aimed to represent them with profound feeling. The works in the exhibition represent the culmination of a way of understanding painting, making them the object of veneration for centuries.

According to Miguel Falomir, Director of the Museo del Prado, “The presentation of the exhibition is of two-fold merit: firstly as it reunites one of the most beautiful, complex and influential series within European painting, and secondly due to the efforts of the staff in making it possible during the Coronavirus pandemic”. He also drew attention to this team effort in which the support and confidence of a sponsor of the generosity of Fundación BBVA has been fundamental.

Mythological Passions brings together 29 works: 16 from the Museo del Prado and 13 loaned from other institutions. Particularly notable is the fact that exhibition makes it possible to see the mythological paintings created by Titian for Philip II between 1553 and 1562 and known as the poesie for the first time in Spain since the 16th century.

This has been made possible thanks to the exceptional collaboration between the Museo Nacional del Prado, which houses Venus and Adonis (1554); the National Gallery, London, and the National Galleries of Scotland, which jointly own Diana and Actaeon and Diana and Callisto (1556-59); and the Isabella Stewart Gardner Museum, which houses The Rape of Europa (1559-62). These four works are joined by the Danaë from the Wellington Collection, London, which has recently been identified as the first in the series, and Perseus and Andromeda from the Wallace Collection, London, completing the series which Titian himself termed poesie. They can be considered among the most important creations within the artist’s oeuvre, not just for their artistic quality but also for the way in which the artist approached the pictorial account of literary narratives.

Titian was one of the painters who most influenced the rethinking of the GrecoRoman tradition in the Renaissance, for which reason he is the principal subject of this exhibition. The two series of mythological compositions that he painted for the Duke of Ferrara between 1516 and 1524 and for Philip II between 1552 and 1563 (the latter termed poesie by the artist) are among the most celebrated and influential of their time. The six compositions painted for Philip II have not been seen together in Spain since the late 16th century. Titian’s work influenced Veronese, Rubens, Poussin, Velázquez, Van Dyck and other artists, for whom returning to themes interpreted by their predecessor was a way of marking their own contribution to a pictorial genealogy to which they considered they belonged. The imagination of all these painters has given rise to a mythological universe of enormous variety and beauty.

Learn how to make Mohanthal !!