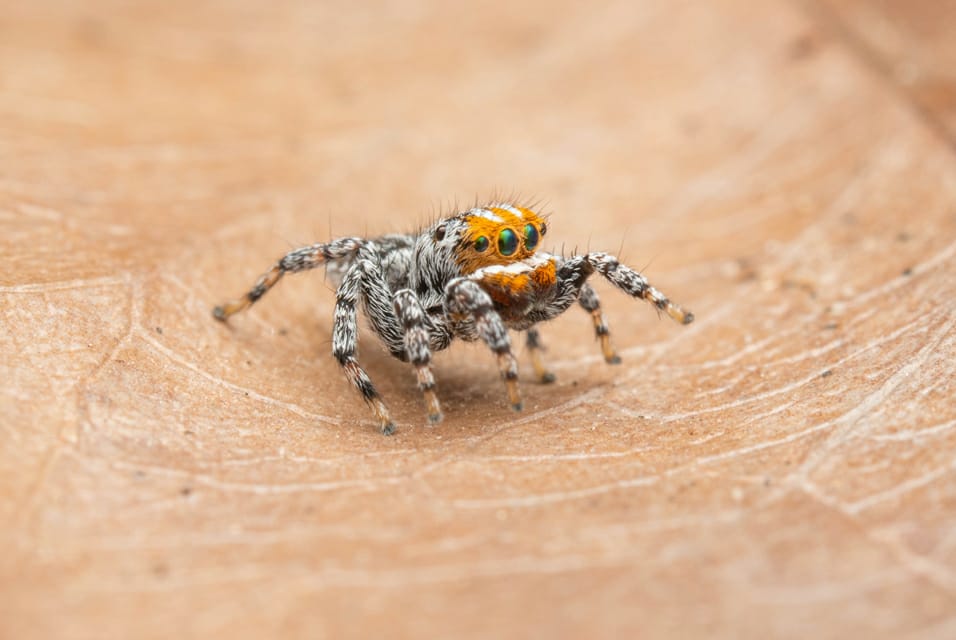 ‘It has a really vibrant orange face with white stripes on it, which kind of looks like a clownfish, so I thought Nemo would be a really suitable name for it’, says Joseph of the name.

The discovery was made thanks to a citizen scientist near Mount Gambier, South Australia. Sheryl Holliday, an ecological field officer for Nature Glenelg Trust, posted images of some spiders she had found while field sampling onto a peacock spider appreciation page on Facebook. Joseph reached out to Sheryl, who sent him the live specimens via mail for further study and identification.

‘It’s really important that citizen scientists get out there and are looking for things because scientists like myself can’t be everywhere at once. Roughly only 30% of Australia’s biodiversity has been formally documented scientifically, so this means we could be losing species before we even knew that they existed’, says Joseph.

Lynley Crosswell, CEO and Director at Museums Victoria said, ‘This extraordinary peacock spider is just one example of the critical work done by museum scientists to map and describe Australia’s unique biodiversity. It also shows the incredible importance of citizen science, and how we can all work together to create communities dedicated to caring for our natural world.’

This discovery comes after Joseph described seven new species of peacock spiders in 2020. At just 23 years old and currently completing his Honours degree, Joseph has already scientifically described an incredible total of 13 new species of spiders in the Maratus genus and five species in the closely related Jotus jumping spider genus, proving himself to be a world leader in jumping spider research.

The story of this colourful spider genus has been gaining legs across the internet in recent years. About the size of a grain of rice, peacock spiders have become a hit thanks to their intricate mating ‘dances’ that work wonderfully with added music and photoshopped accessories.