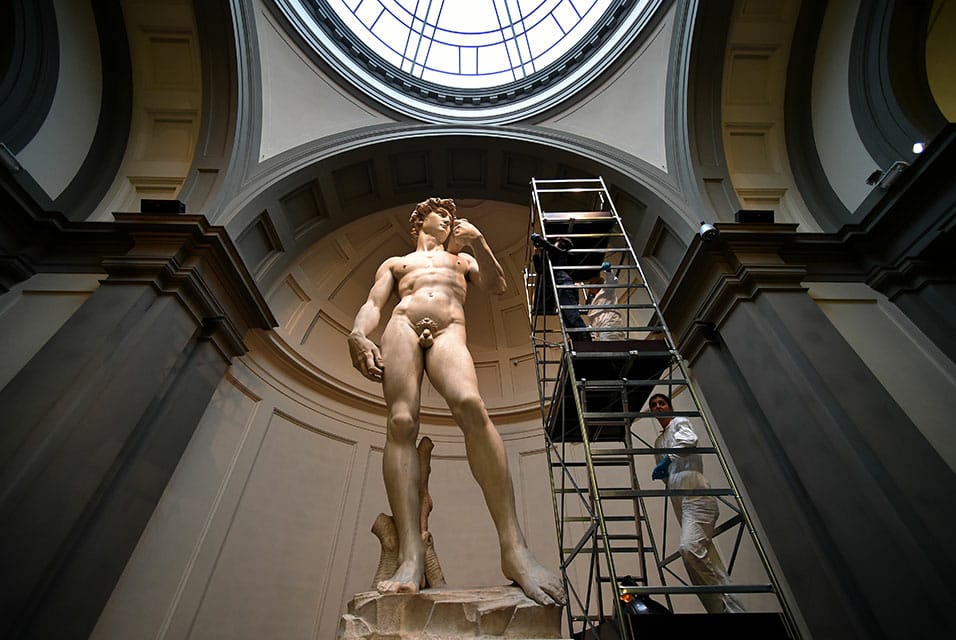 The Belvedere Torso inspired Michelangelo but is often ignored by visitors rushing to the Sistine Chapel, an oversight the Vatican Museums hope to resolve with a new video series launched Tuesday.

The Torso, a fragmentary Greek marble statue more than 2,000 years old, is the subject of the first of 12 monthly videos designed to showcase the “secrets, little-known stories and curiosities” hidden among the papal collections.

Believed to be of the Greek hero Ajax in the act of contemplating suicide, the Torso was housed in the Colonna Palace on the Quirinal Hill and later moved to the Vatican’s Octagonal Court.

It was studied by generations of artists, including Michelangelo, who would spend hours before it every day and used it as his inspiration.

According to Vatican Museum experts, the tension in Ajax’s muscles is replicated in the Ignudi — the male nudes — on the Sistine Chapel’s ceilings.

They are “athletic and muscular, each one anatomically displaying muscles in tension, as if they are doing something, when in reality they are not doing anything,” Guido Cornini, director of decorative arts at the museums, said in the video.

“It is precisely this muscle strain that is reminiscent of the Torso, which Michelangelo had seen, had studied.”

The Vatican Museums have been closed for months at a time during the coronavirus pandemic, with the latest reopening pencilled in for May 3.

Taking over Victory Gardens to make a 'theater for all'