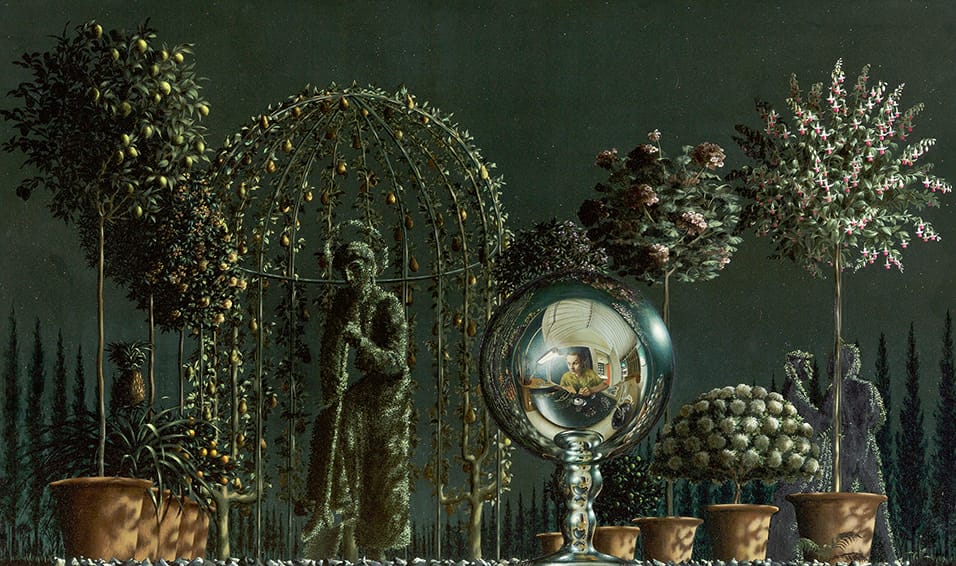 Long overshadowed by the rise of abstract expressionism in the 1950s, magic realism’s reputation is on the way up again. The Georgia Museum of Art at the University of Georgia is presenting the exhibition “Extra Ordinary: Magic, Mystery and Imagination in American Realism” from February 27 to June 13, 2021, seeking to reexamine how we define magic realism and expand the canon of artists who worked within this category.

The term “magic realism” was popularized in 1943 during the exhibition “American Realists and Magic Realists” at the Museum of Modern Art (MoMA), organized by curator Dorothy C. Miller with assistance from museum director Alfred H. Barr Jr. and arts impresario Lincoln Kirstein. The Georgia Museum of Art’s exhibition includes works originally presented in MoMA’s show, including paintings by Ivan Albright, Paul Cadmus, Z. Vanessa Helder and Patsy Santo, as well as other objects by many of the artists it featured.

Magic realism is often compared to surrealism, but while surrealism focuses on the life of the mind, magic realism is grounded in the real world, showing fantastical elements as a part of everyday life. The mood of magic realist works of art is often eerie and uncanny. Mystical components add to their mystery and invite viewers to look more closely. Magic realists were inspired by the German movement known as New Objectivity, and they also adapted aspects of European surrealism into an American visual language.

Jeffrey Richmond-Moll, curator of American art at the museum, organized the exhibition. He said, “Magic realism was very much rooted in ordinary life and was commenting very directly on the everyday experience of people in the United States — from wartime life and its aftermath to key social issues like race and civil rights or workers’ rights, to pressing environmental issues of the time.”

“Extra Ordinary” takes on the challenge of defining magic realism and organizing a diverse group of artists into one style – a style that may be unfamiliar to American audiences and has often been overlooked. The exhibition also emphasizes, in critic Clement Greenberg’s words, “the extreme eclecticism now prevailing” in the American art world during the mid-1900s. In so doing, it highlights a wider constellation of artists — including such women as Gertrude Abercrombie and Honoré Sharrer, such artists of color as Eldzier Cortor and Hughie Lee-Smith, and other artists from farther-flung regions such as Everett Spruce and Patrick Sullivan — who also turned to the mysterious, supernatural and hyperreal to examine key social issues of the day. These artists embraced magic or fantasy not as a means to escape everyday reality but as a way to engage more directly with it.

Although the exhibition is not traveling, the museum is publishing a hardcover catalogue to accompany it, with essays by Richmond-Moll and scholar Philip Eliasoph and catalogue entries on every work in the show by scholars including Richmond-Moll, William U. Eiland (the museum’s director), David A. Lewis (professor of art history at Stephen F. Austin State University), Maurita N. Poole (director and curator at Clark Atlanta University Art Museum) and Akela Reason (associate professor of history and director of museum studies at the University of Georgia).