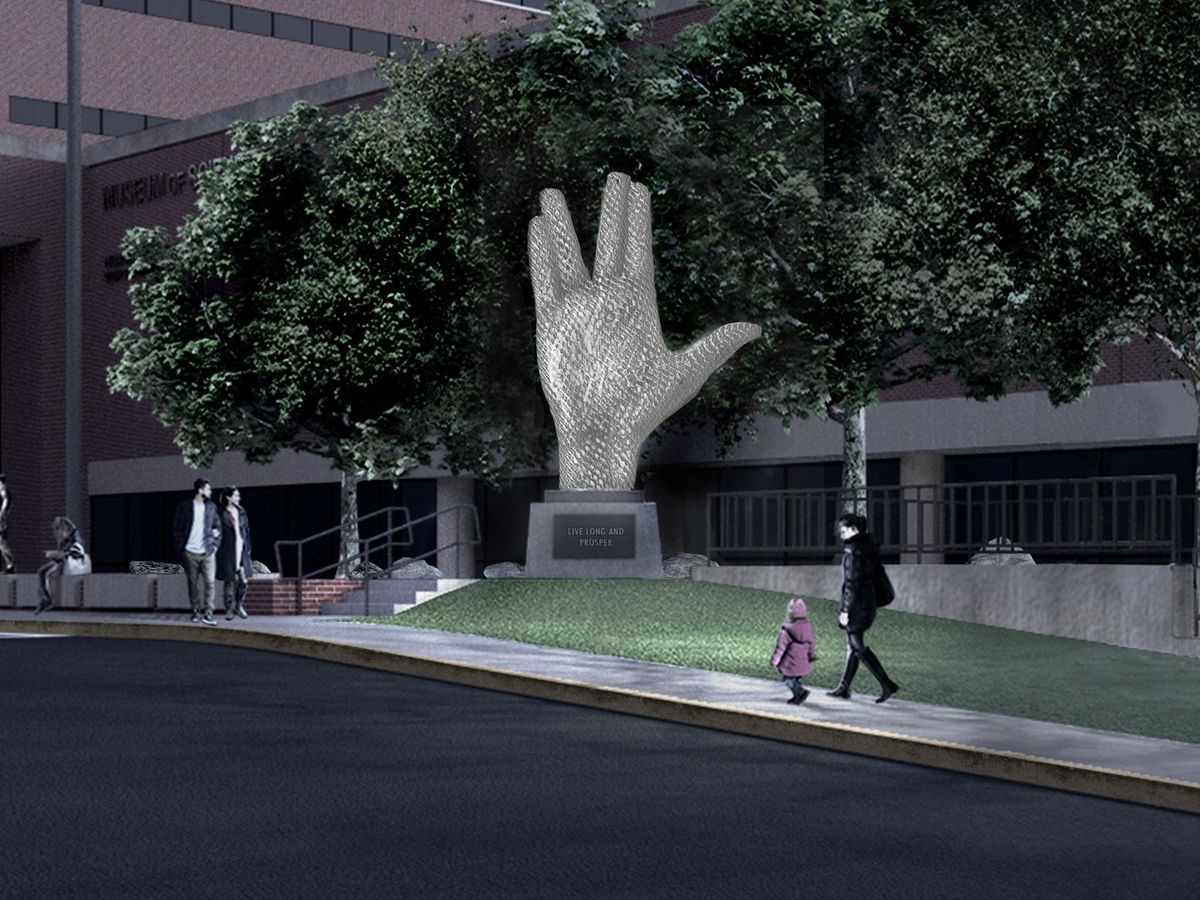 The stainless steel monument, designed by artist David Phillips, will be placed in front of the museum. The announcement was made on the same day former Mayor Marty Walsh proclaimed Leonard Nimoy Day in the city.

“The ‘live long and prosper’ symbol represents a message that my dad believed so strongly in,” his daughter, Julie Nimoy, said in a statement. “My dad always loved Boston and he would be honored knowing that the Museum of Science would be the permanent home to this memorial. The sculpture not only depicts one of the world’s most recognized and loved gestures for peace, tolerance, and diversity, but it will also be a beautiful tribute to my dad’s life and legacy.”