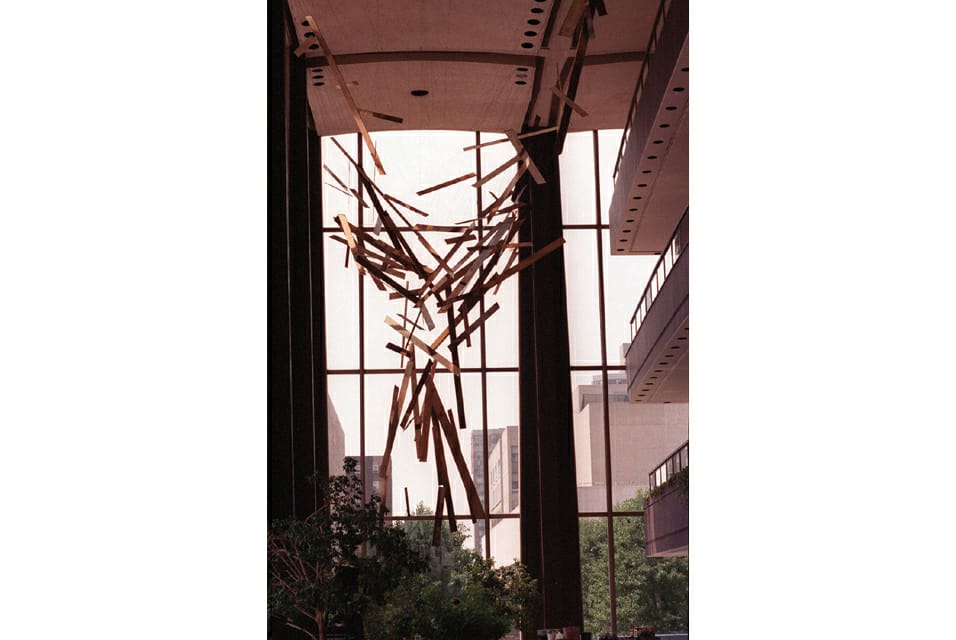 Richard Lippold’s soaring sculpture “Orpheus and Apollo,” which had been removed from Lincoln Center’s Philharmonic Hall (now David Geffen Hall) in 2014, will be suspended in flight once again: as the centerpiece of La Guardia Airport’s Central Hall.

“There are not a lot of places you can put a 40-foot-high sculpture” weighing 5 tons, said architecture critic Paul Goldberger, who had the idea in 2019 when the use of Central Hall — a grand glass-enclosed connector between Terminal B and the AirTrain — was still being determined. “It occurred to me that two problems could be solved with one act,” Goldberger said. The hall is to open next year.

The relocation agreement between Lincoln Center, which could not accommodate the sculpture in its renovation plans for Geffen Hall, and the Port Authority of New York and New Jersey overseeing the airport’s $8 billion transformation, was brokered by Goldberger, an adviser on both projects.

Central Hall, which will be accessible pre-security, is being developed as the living room of La Guardia around the sculpture, which consists of 190 bars of gleaming metal hanging on steel wires from the ceiling. It will be visible from many perspectives both inside and outside through the glass facade.

“Instead of having a great piece of public art disappear,” Goldberger said, “it will be seen by even more people and from more vantage points than ever before.”

The site is fitting: Lippold is also known for “Ad Astra,” a stainless steel sculpture outside the National Air and Space Museum in Washington.

Idols Believed To Be Of 12th Century Found In Maharashtra