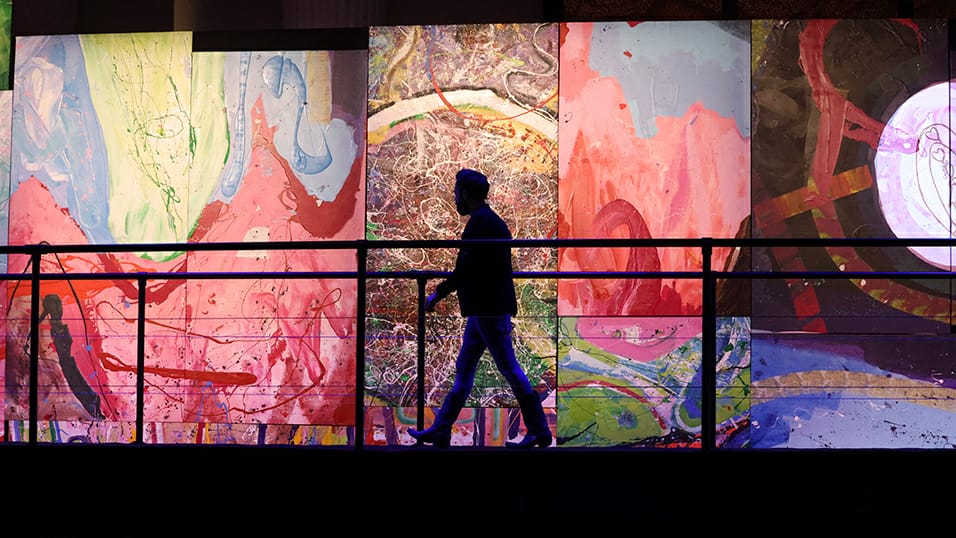 Work by British artist Sacha Jafri consisting of the world’s largest painting on canvas has been sold for $62 million at an auction in Dubai, organisers said on Tuesday.

Organisers said in a statement that the work sold for $62 million, double the amount targeted, with the money going to charities helping children.

Andre Abdoune, a French national residing in Dubai — one of the seven emirates that make up the UAE — bought all 70 segments on Monday at an auction in Dubai’s “Atlantis, The Palm”.

The work, confirmed by the Guinness World Records as the “Largest Art Canvas”, had been put on display in the ballroom of the opulent hotel, and was originally meant to be sold in segments.

“I come from a poor family, and I knew at times how it feels to have nothing to eat, but at least I had the love of my parents, schooling, and support,” Abdoune, who runs a crypto-currency business, told AFP.

“The painting was very powerful when I saw it, and, for me, it would have been a mistake to separate the pieces,” said the former stock trader.

Abdoune also highlighted the coronavirus pandemic, noting how it had taken a toll on children around the world.

“We have to react, so if I can bring my little piece in the puzzle, I’m happy,” he said.

Jafri had aimed to raise $30 million to fund health, sanitation and education initiatives for children in impoverished parts of the world.

The 44-year-old contemporary artist is hoping his painting will spark a humanitarian movement.

Children from 140 countries submitted artwork online to be included in Jafri’s creation, which was completed at the end of September.

Rejuvenate Your Nails With The Help Of These Nail Paint Hacks