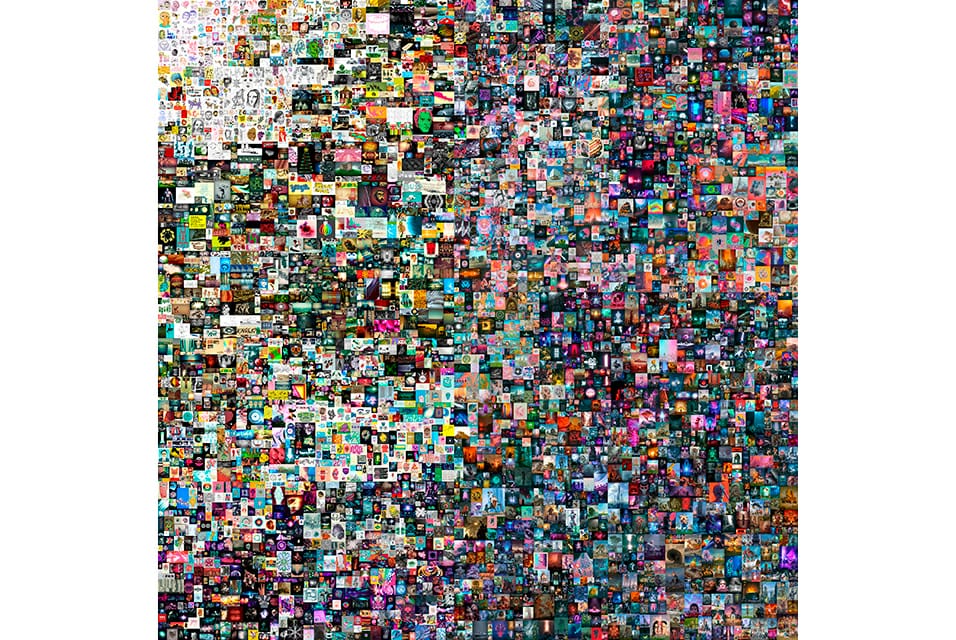 After a flurry of more than 180 bids in the final hour, a JPG file made by Mike Winkelmann, the digital artist known as Beeple, was sold Thursday by Christie’s in an online auction for $69.3 million with fees. The price was a new high for an artwork that exists only digitally, beating auction records for physical paintings by museum-valorized greats like J.M.W. Turner, Georges Seurat and Francisco Goya. Bidding at the two-week Beeple sale, consisting of just one lot, began at $100.

With seconds remaining, the work was set to sell for less than $30 million, but a last-moment cascade of bids prompted a two-minute extension of the auction and pushed the final price over $60 million. Rebecca Riegelhaupt, a Christie’s spokeswoman, said 33 active bidders had contested the work, adding that the result was the third-highest auction price achieved for a living artist, after Jeff Koons and David Hockney.

Billed by the auction house as “a unique work in the history of digital art,” “Everydays — The First 5000 Days” is a collage of all the images that Beeple has been posting online each day since 2007. The artist, who has collaborated with Louis Vuitton and pop stars like Justin Bieber and Katy Perry, uses software to create an irreverent visual commentary on 21st-century life.

Beeple’s collaged JPG was made, or “minted,” in February as a “nonfungible token,” or NFT. A secure network of computer systems that records the sale on a digital ledger, known as a blockchain, gives buyers proof of authenticity and ownership. Most pay with the Ethereum cryptocurrency. “Everydays” was the first purely digital NFT sold by Christie’s, and it offered to accept payment in Ethereum, another first for the 255-year-old auction house.

Todd Levin, a New York art adviser who saw Leonardo’s “Salvator Mundi” sell at Christie’s for $450.3 million in 2017, said he had “mixed emotions” about the Beeple sale.