Home > Lifestyle > It’s not about global warming. It is about your city, your home and your body. 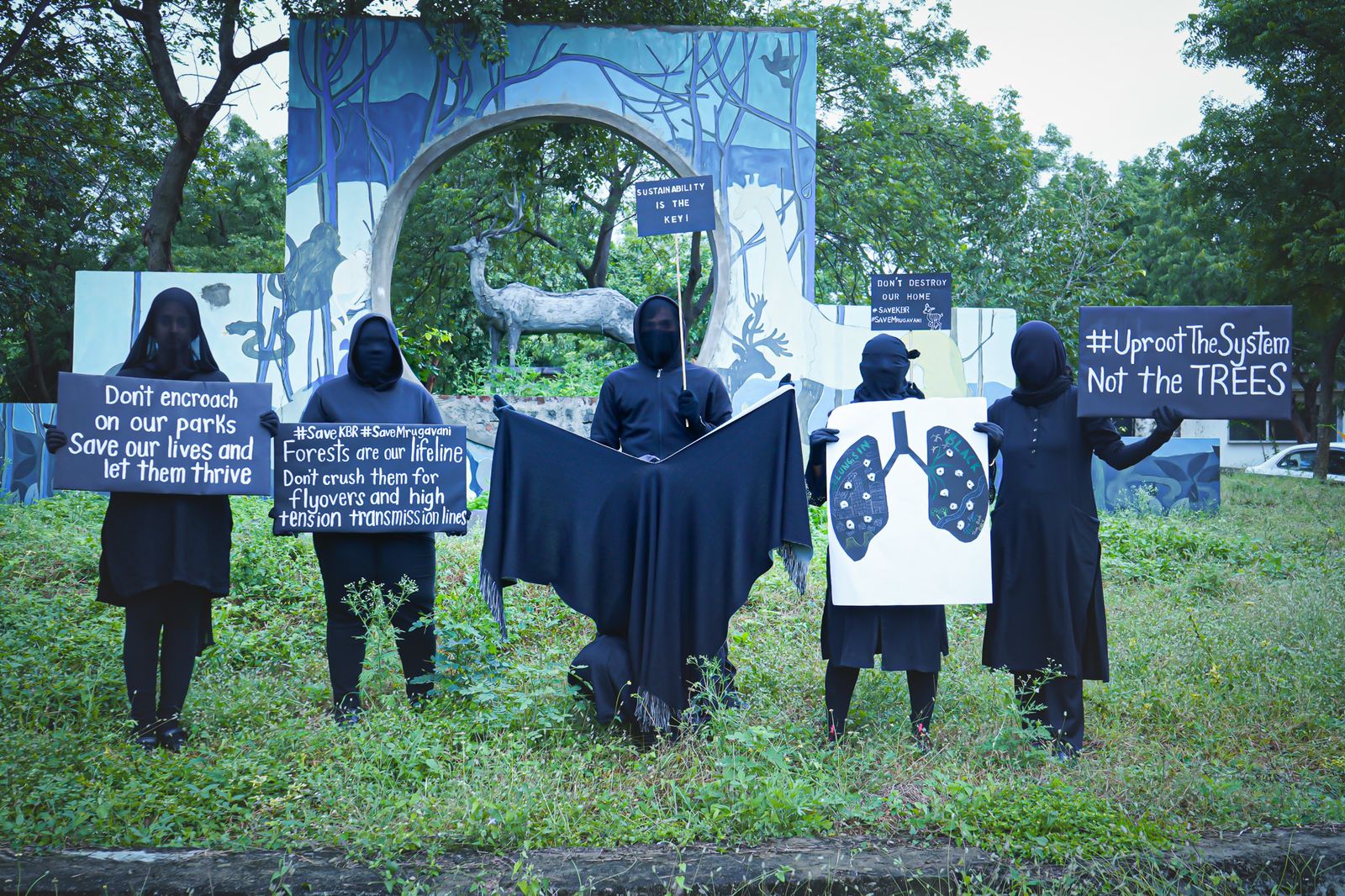 The Fridays for Future, Hyderabad team did an interesting live Human Artistic expression to convey its message to Hyderabadis.

Hey Hyderabadis, we have all unintentionally been ignorant and that has caused our city to change – Increase in temperatures, pollution and flooding is all real, you know it. You know Covid is a zoonotic virus – which simply means that it is caused by an ecological imbalance between man and Nature. The good news is that you can change this, it’s in your hands.

This is not about global warming. It is about your city, your home and your body.

This is not just about future generations, it is about the present time, now in 2021.

This is not about all children but specifically about your child. 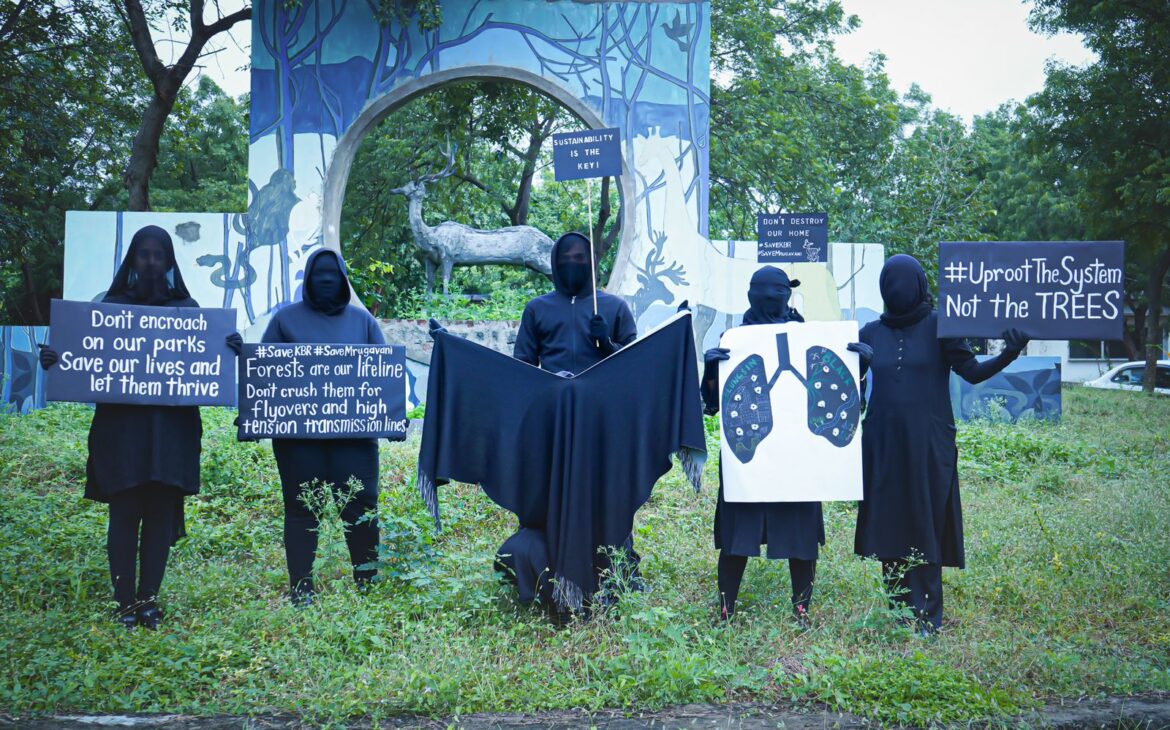 The theme for Global Climate Strike  across the world this year is #UprootTheSystem. It is not just a lifestyle change anymore but a system change. A change at the policy level. It is not about you saving a mug of water during bathing while the corporates everyday use up thousands of liters of underground water for their personal benefit.

Telangana, though known for its Harita Haram is also known to be the highest tree cutting state in India. Right now as we read this, the plan to axe more than 3000 trees in the buffer zones of the KBR and Mrugavani National Parks is in the planning. About 1000 Banyan trees planted during  Nizam’s time have been earmarked for felling to widen the Hyderabad-Chevella Highway, Each tree is a living heritage more than 70 years old! 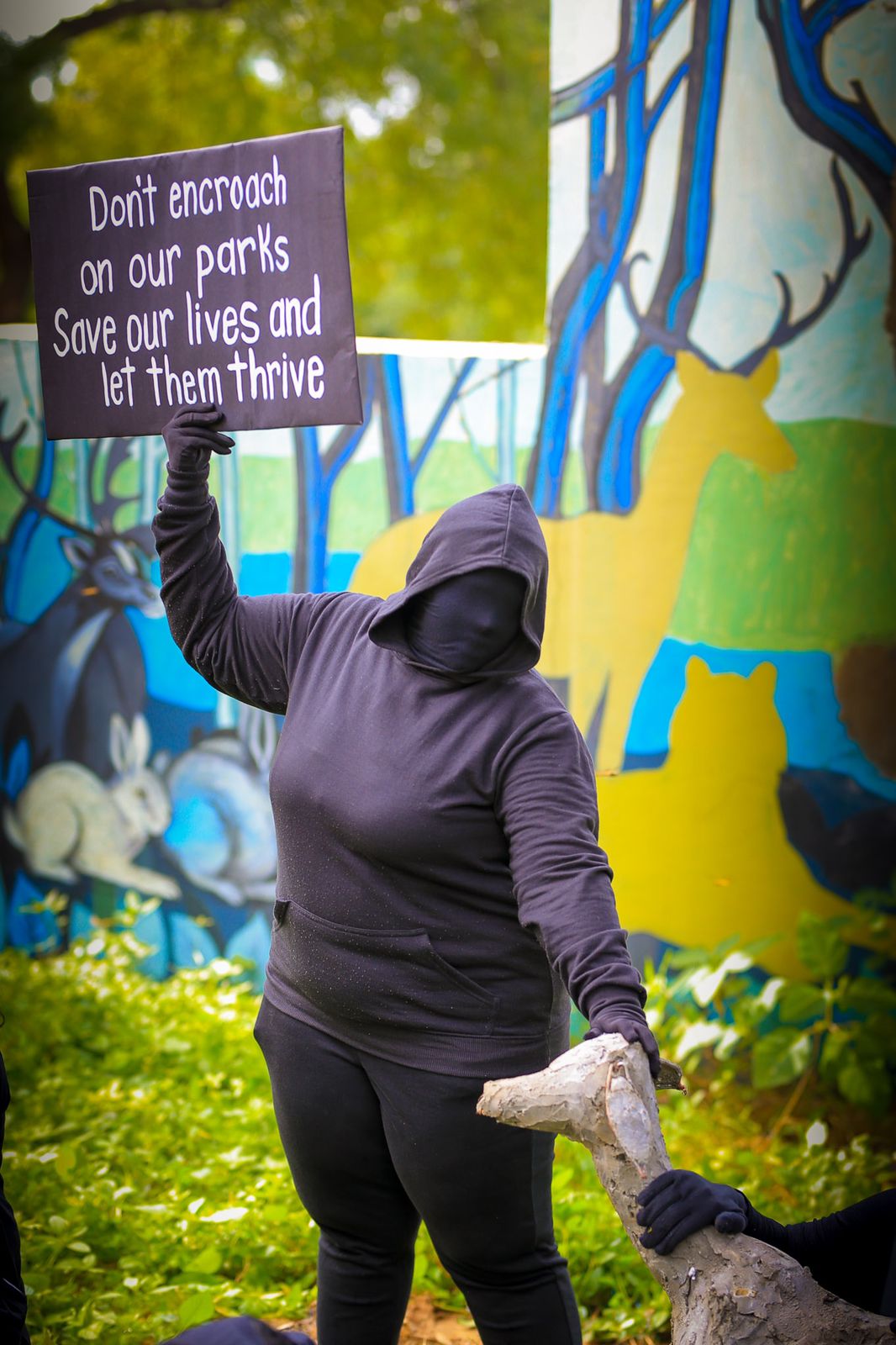 “Most people feel that since they are not environmentalists, they need not bother. Tree cutting to this extent is going to impact all of us in an irreversible way. All of us here demonstrating are not some extraordinary people with superpowers but simple people who do feel vulnerable taking part in these activities.” says 21 yr old Ananya Sangameshwar.

Sriparna Das, an HR professional says “After the demonstration, I will be returning to work and continue wearing this black outfit through-out the day as I have no time in-between to take a break and freshen up. Yet I make that effort because I understand that this is the single most thing that I need to do – Spread awareness on Climate Change”

“It’s a never ending battle- the KBR case has almost taken six years and I’m not sure how much more time it will extend. We don’t have power and funds yet we have to fight all manipulations and the power games that come our way, it’s exhausting. Everybody needs to pitch, instead of just applauding from the stands” says Kaajal Maheshwari who has been the lead for getting a stay on the axing of trees in the KBR walkway for the last six years.

“We have done protests, given speeches, set examples by cycling, taking part in cleanup drives and plantations drives. We are now using a live human Art form to depict the fact – that you may look impressive on the outside but the fact is – from the inside , your lungs are getting impacted, they are turning unhealthy.” says Vanita Khatter, a recent grandmother, working professional and a green warrior. 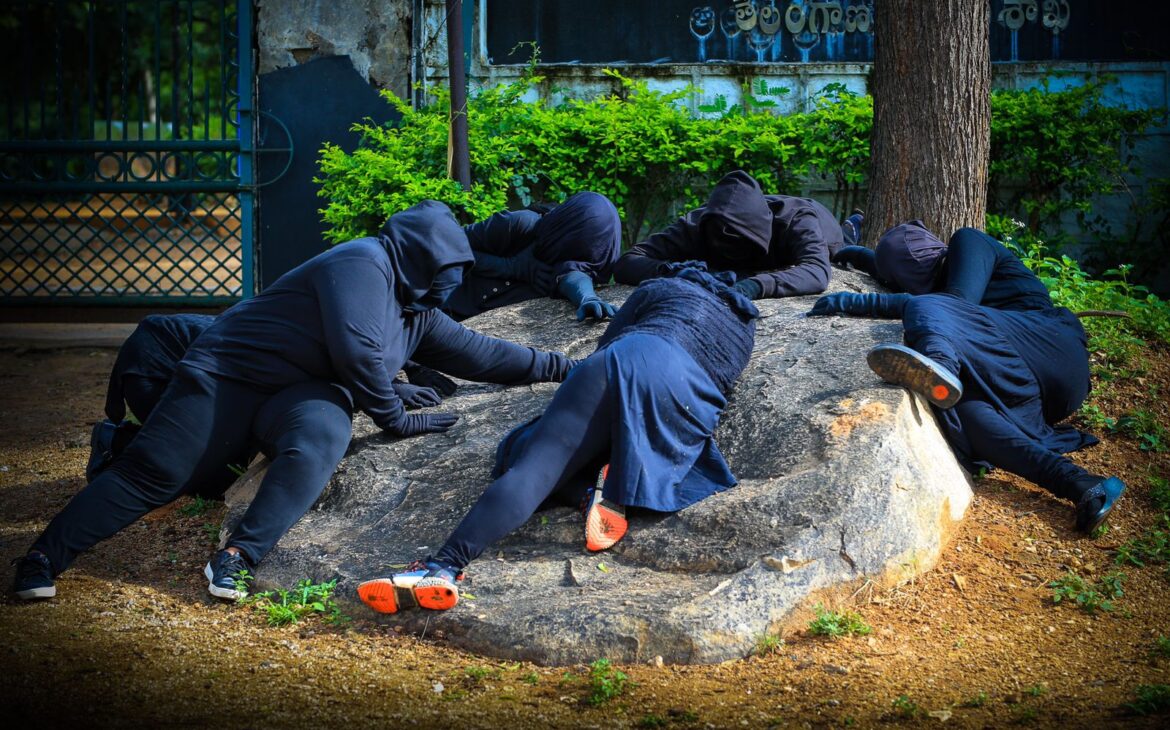 Nishat Anaira is only 18 years but is quick to add “Saplings cannot be compared to fully grown trees. Like human fertility has been impacted due to unhealthy lifestyles, it is a proven fact that saplings are not able to grow like the trees of yester-years due to high temperatures, lesser groundwater and drought like conditions. We need to protect the trees and forests that we have, it is our only hope”

Concerned and Hopeful, 22 yr-old Abdus Sami says “Our demonstration is not just for the elected representative but for the people of Hyderabad who need to wake up to the reality of climate change as their personal issue. We need to all start asking for “Ecology over Economy – remember the consumer has the power and that is you”

Arpit Sharma, an educator and a Teach for India Alumni who innovatively trains young minds to the power of Nature, adds – “All that Glitters is not gold, it is becoming Black on the inside where it actually matters”

“We are a democracy. Democracy is a team-sport & we choose not to be mere spectators.”  – Fridays For Future, Hyderabad

We are an autonomous group of concerned & environmentally conscious Hyderabadis, inspired by Greta’s commitment to Act on Climate Change. We are not associated in any way with any other FFF movements be it Global FFF, FFF India or FFF Telangana.

Health Tips And Benefits Of Healthy Lifestyle You Should Consider

How To Find Good Spots For Nature Inspired Photo-Shoots

If You Want To Travel By Flight, Then Know How Your Outfits And Footwear Should Be