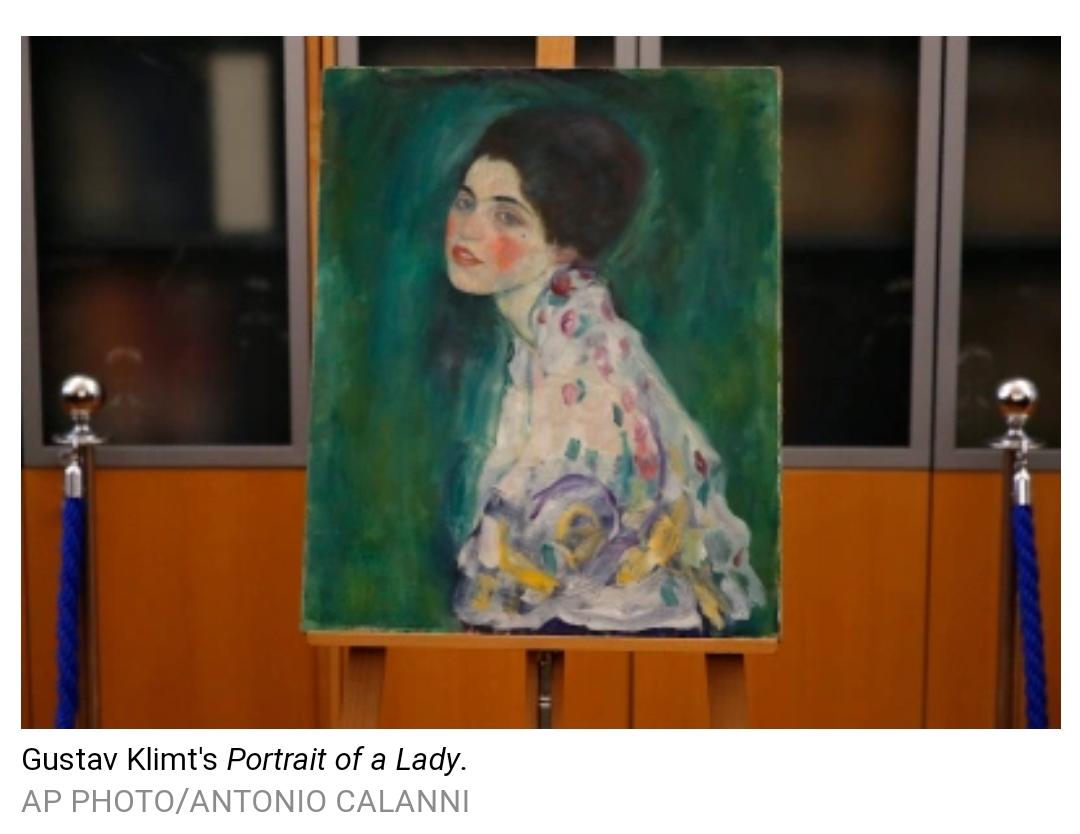 A 24-year-old mystery surrounding the theft of a painting by Gustav Klimt in Italy remains unsolved. The Italian publication Arts Culture & Style reports that prosecutors have dropped charges against three people who had been suspected of being involved in the 1997 theft of Klimt’s Portrait of a Lady (1916–17) from the Ricci Oddi Modern Art Gallery in Piacenza in northern Italy.

The publication also reports that a judge will rule on the prosecutors’ decision to drop the charges and that the case will likely remain cold. Portrait of a Lady, which is valued at $66 million, was recovered in December 2019, after it was discovered to have been hidden behind a metal panel in the gallery’s exterior wall. Experts subsequently confirmed the authenticity of the rediscovered work, and, in January 2020, two men claimed to have been responsible for the heist—and for the painting’s return.

At the time of its rediscovery at the Ricci Oddi Modern Art Gallery, Jonathan Papamerenghi, a member of the Piacenza council, told the Italian publication La Repubblica that the work is “the most sought-after stolen painting in the world after Caravaggio’s Nativity with St. Francis and St. Lawrence.”

In November 2020, the storied painting went back on view at the Ricci Oddi Modern Art Gallery for the first time since its disappearance. Just before it was stolen in 1997, X-ray analysis revealed that the canvas in fact contains two portraits, one of which was painted over by the artist.

The Klimt case is not the only art heist headline to make waves in recent weeks. Last month, investigators revealed that Picasso’s Head of a Woman, which was stolen from the National Gallery in Athens nearly a decade ago, may still be in Greece.