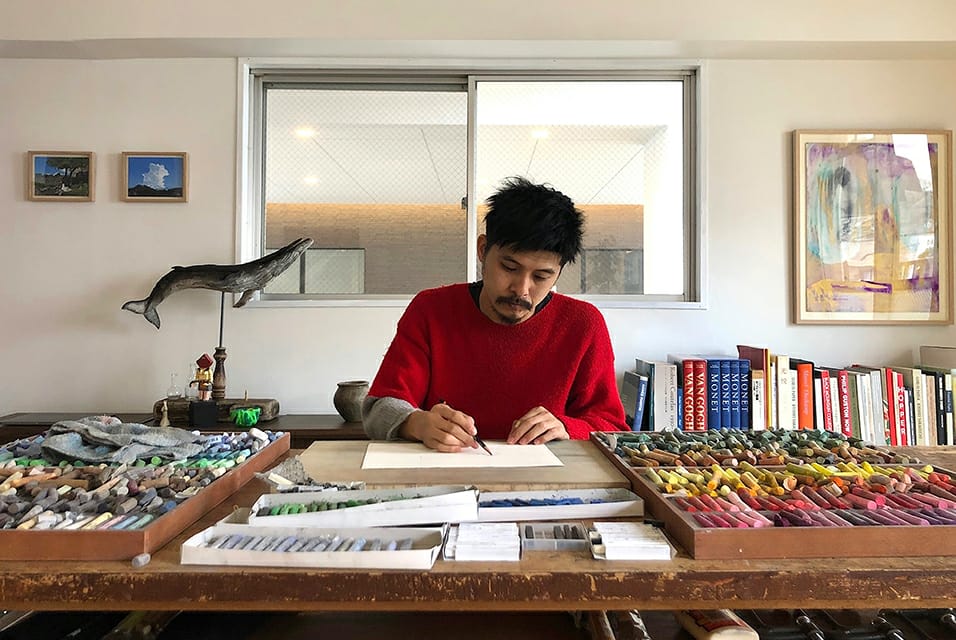 A week before the artist, author and architect Kyohei Sakaguchi planned to move into one of his celebrated “zero yen” houses, built from recycled materials, the catastrophic 2011 earthquake struck Japan. A tsunami engulfed the Tohoku region and the Fukushima Daiichi nuclear power plant collapsed. He had recently begun treatment for bipolar disorder. Overwhelmed, he left Tokyo and headed back home to the verdant coastal city of Kumamoto in southwest Japan, and abandoned the recycling project.

Sakaguchi makes a living exclusively by selling his art and books to fans. This makes him a rarity among independent artists in Japan, who usually get by with either part-time jobs or grants and residencies. “My work is not being bought by art collectors,” he said. “I’m not an activist, either. I consider myself a scholar.”

Everything seems to happen at once with Sakaguchi, and this year is no different. It kicked off with a gallery of pastels in Tokyo, and he has three books coming out in the next six months before a new exhibition at Trax gallery in Hokuto. He has discussed working with the local government in Kumamoto on suicide prevention, but ultimately, Sakaguchi prefers to go at his own pace.